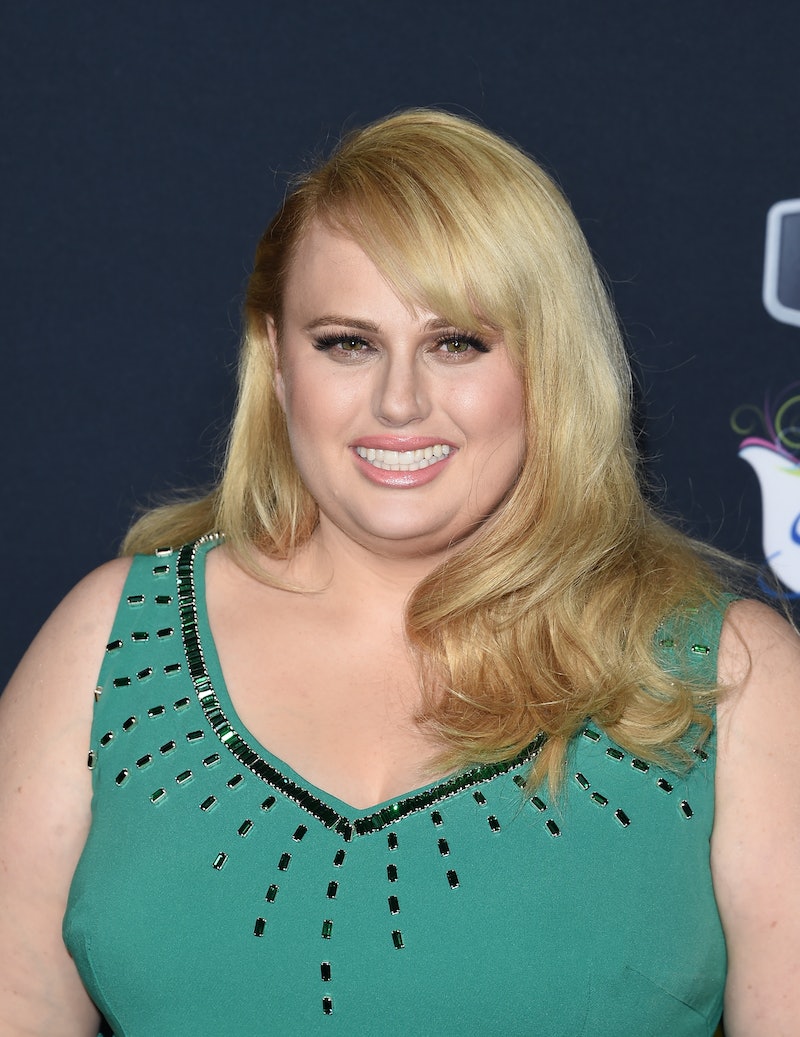 Important lesson: Don't mess with the Kardashians and their loyal fan base. They'll defend the famous family until the end. That's something Rebel Wilson recently learned the hard way. It all started when Rebel Wilson made a comment about the Kardashians on an Australian radio show. Basically she said that the Keeping Up With The Kardashians clan hasn't worked hard and revealed that she refused to present an award alongside Kendall and Kylie Jenner at this year's MTV Video Music Awards. Fair enough, right? She doesn't have to share a stage with people she can't stand. Granted, it wasn't the nicest comment to make, but it could've been left alone and everybody could've moved on. Unfortunately, that's not what happened. On Twitter, Rebel Wilson says the Kardashians' publicist started a smear campaign about her and she's so over it.

It's unclear whether Wilson was joking, but she began by tweeting, "I'd be very happy to debate the Kardashians anywhere / anytime / any topic." Continuing the conversation, the Pitch Perfect actress explained how she tried to make things right, writing, "In any event, I'm MORE than over this little thing and wish the K clan well X even sent them flowers" with a bunch of flower emojis to illustrate her point. I will say that if you send someone flowers as a nice gesture, it kind of takes away from the act if you tweet about it afterwards. It's pretty much saying, "See? I'm a good person. Look what I did!"

In any case, here's Wilson's stream of tweets:

Hmmm, there's a lot going on here. On one hand, I can see Wilson's frustration that one small comment got blown up. At the same time, it's not the Kardashians' fault that they have fans who are willing to stand up for them. Just look at what happened when Amy Schumer joked about Khloe Kardashian during Saturday Night Live . I get it, the Kardashians tend to be an easy target and these are just jokes, but I'd say Wilson's comments were far more serious than jokey. She did say, "It’s just that everything they stand for is against everything I stand for. And they’re not famous for talent. I worked really hard to get where I’ve gotten to." Ouch!

Sure, the Kardashians first became famous when Kim Kardashian's sex tape leaked back in 2007, but that was years ago. Since then, they've managed to build up an empire. With clothing lines, top-selling apps, TV shows, and more, the whole Kardashian crew built a name for themselves beyond their initial reputation. It's not really fair to keep coming back to that one incident.

I think the best thing to do in this situation is to just let it go. If Wilson really is over it, there's no need to keep adding fuel to the fire by saying they started a "smear campaign." Honestly, the Kardashians are probably far too busy to worry about one little comment. If they started a campaign anytime someone made fun of them, there wouldn't be enough time in the day.