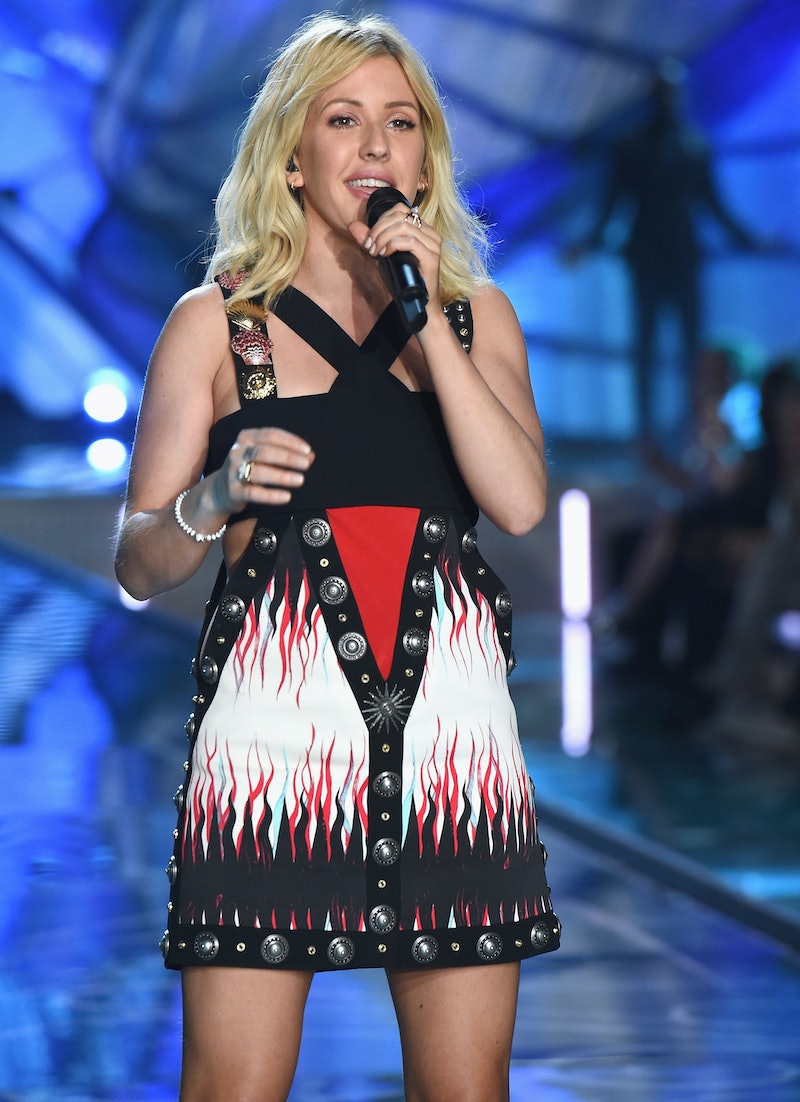 While Justin Bieber and One Direction's new albums received a frenzy of attention, there's another recent record that deserves plenty of praise too. Ellie Goulding's Delirium debuted on Nov. 6 and admittedly I haven't been able to stop listening ever since. If you were a fan of "Love Me Like You Do" from the Fifty Shades of Grey soundtrack, prepare to love the rest of the singer's album. It's filled with so many catchy tracks! In case her new music isn't enough of a reason to hop aboard the Ellie Goulding bandwagon, her recent feminist comments will easily turn anyone into a fan. In the latest issue of People, Ellie Goulding discussed double standards in the music industry. She told the magazine,

It annoys me that guys can easily write about one-night stands, but if a girl writes about one? God, that's terrible, you know?

Absolutely! What's terrible is that when female singers write about such things, it's considered "trashy" or "provocative." Actually, if women sing about dating in any capacity, it tends to affect how they're viewed. Take a look at the reputation Taylor Swift got for singing about her previous relationships; as she sarcastically sang about in "Blank Space," she's got "a long list of ex lovers / they'll tell you I'm insane." She was dubbed a vengeful, lovesick girl for quite awhile. Since Goulding and Swift are friends, I bet they've got plenty to discuss on the topic. I'd love to sit in on a heart-to-heart between these two — it's bound to be insightful and inspiring.

Overall, Goulding raises an important point. Women should be able to sing about whatever they want, without it affecting their reputations. Especially since guys sing about similar subjects without people even batting an eye. Tying into this idea, fellow British singer Adele recently spoke out about double standards related to gender as well. In Rolling Stone, Adele discussed how female celebrities are frequently asked if their feminists, but the same can't be said for their male counterparts. Looks like there are examples of inequality all around, huh?

On the plus side, Goulding's comments highlighted some progress the music industry has made. She told People,

There are a lot of positive changes in the music industry, and I see those with myself and my entire team, which is mostly women. The music industry is a very male-oriented industry [and] always has been since I've been around.

While music may be a predominately male industry (and the same can be said for other mainstream media, like TV and film), there are people like Goulding sparking change and that's a great place to start. As long as she keeps making music and speaking out about inequalities, things are definitely headed in the right direction.