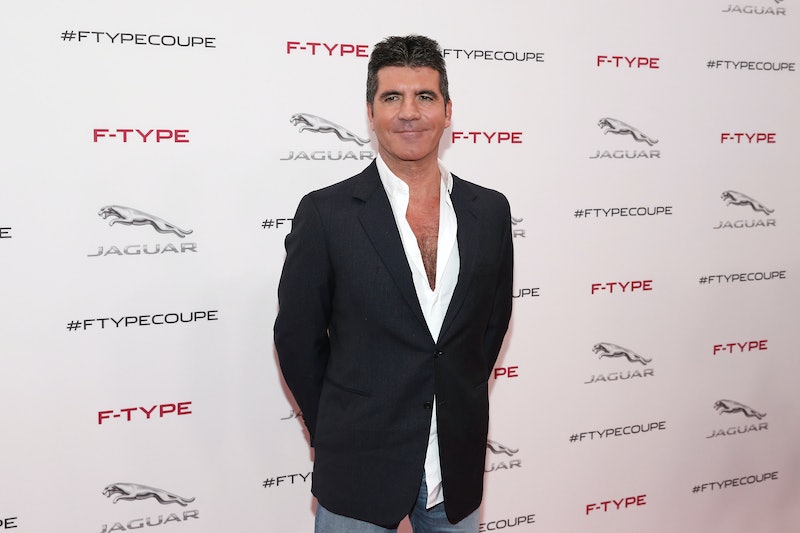 Zayn Malik broke many hearts when he made the decision to leave British boy band One Direction earlier this year. Even months later, fans are still reeling from the departure, not taking too kindly to a Zayn diss made by manager Simon Cowell a few weeks ago. Now, Cowell says he knew Malik was gonna leave One Direction all along, coming clean to the UK Daily Mail's Event Magazine with the details. “I knew Zayn was going before it happened,” Cowell told the magazine. “He was unhappy." Um, excuse me. Couldn't he have given us all a heads up?

Not quite. "My concern was actually for the boys," Cowell continued. "Zayn wasn’t in a great place but it was his decision to leave, he wasn’t kicked out. He wanted to distance himself. My responsibility was to the boys because they had no warning. They are in their 20s – it’s tough and it’s my job to be there."

In addition to Zayn's departure, Cowell has also stood by the 1D boys through Louis Tomlinson's impending fatherhood. "When Louis got the call he was going to be a dad, I was the person he spoke to," Cowell told Event. "He was nervous. I said, 'Look Louis, I’ve been there, but you’ve just got to actually love it. And as a man you’ve got to deal with it. You have a responsibility now; you have a purpose.'"

While it's been a tough year for the band since Malik's March departure, remaining 1D members Harry Styles, Tomlinson, Niall Horan, and Liam Payne regrouped to make the album Made in the A.M., which was just released on Friday and is already a big hit. The band will not tour to promote the album, though, and is set to take a hiatus in 2016 to pursue other projects.

Earlier this month, Cowell apologized for making the remark "who misses Zayn?" at the Music Industry Trust Awards, which angered fans of the band who are still trying to get over Malik's sudden departure from 1D. It especially hurts now, knowing that Cowell could've given us a warning that he knew the fivesome would become four before it actually happened and shocked the world. Perhaps he could've sent a cryptic tweet? Maybe a smoke signal? Yet even if the 1D nation did get advance notice of Malik saying goodbye, it'd probably still be just as hard to get over.