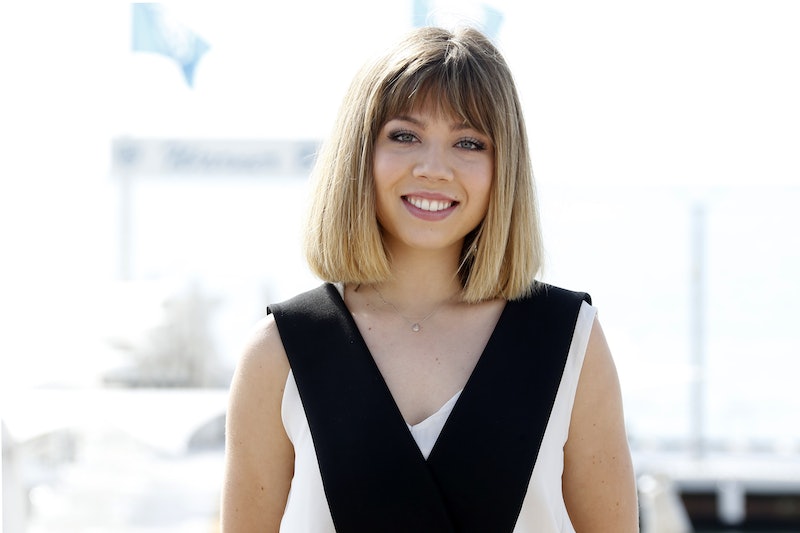 I'm really hoping I'm not the last person on the planet who cares about this, but did anyone else eagerly mine the new Jennette McCurdy interview for details on why Sam & Cat ended? Or was that just me? Vulture sat down with the 23-year old actress to talk about all kinds of things, from her current project, the Netflix show Between, to her boyfriend Jesse Carere, but the part I was most interested in was any discussion of the Nickelodeon show that made her famous before being abruptly canceled in July 2014, after just 36 episodes of a 40 episode order.

And, before you say it was canceled because it wasn't popular, no, no, it was not, I've been through this. The show was at the peak of its fame, with McCurdy's costar Ariana Grande's career taking off, and Sam & Cat's viewership made it Nickelodeon's highest-rated show in years. And then it got canceled, and these newest sound bites that McCurdy is giving about why just make the whole situation more mysterious. Here's how she describes the atmosphere surrounding the show's cancellation in 2014:

It was somewhat dramatic. Emotions were running high, and a lot of that was just blown up because so many people found out about the show [Sam & Cat] ending.

Oh, man! Such careful, intentional language. She doesn't even say which emotions are running high, or whose, which leaves me with way more questions than answers. And, when it comes to talking about former cast mate Grande, she doesn't get any more specific, saying: "[We] both had very different ideas of where [we] wanted [our] careers to go." But... but... but... this doesn't give me anything at all! Except the creeping suspicion that there really is something to hide here, some information that we don't yet know. (And maybe never will? Oh no.)

After all, if the show actually did end because of McCurdy's leaked photos, or because Nickelodeon wasn't able to meet her or Grande's specific salary demands, surely she'd be speaking about that by this point, right? Over a year later? So, if those two rumors aren't the truth, then what is? Call me a conspiracy theorist, but this seems like proof that something was definitely up, and that it led to the cancellation of one of the best shows on Nick. I'm not crying, you're crying.