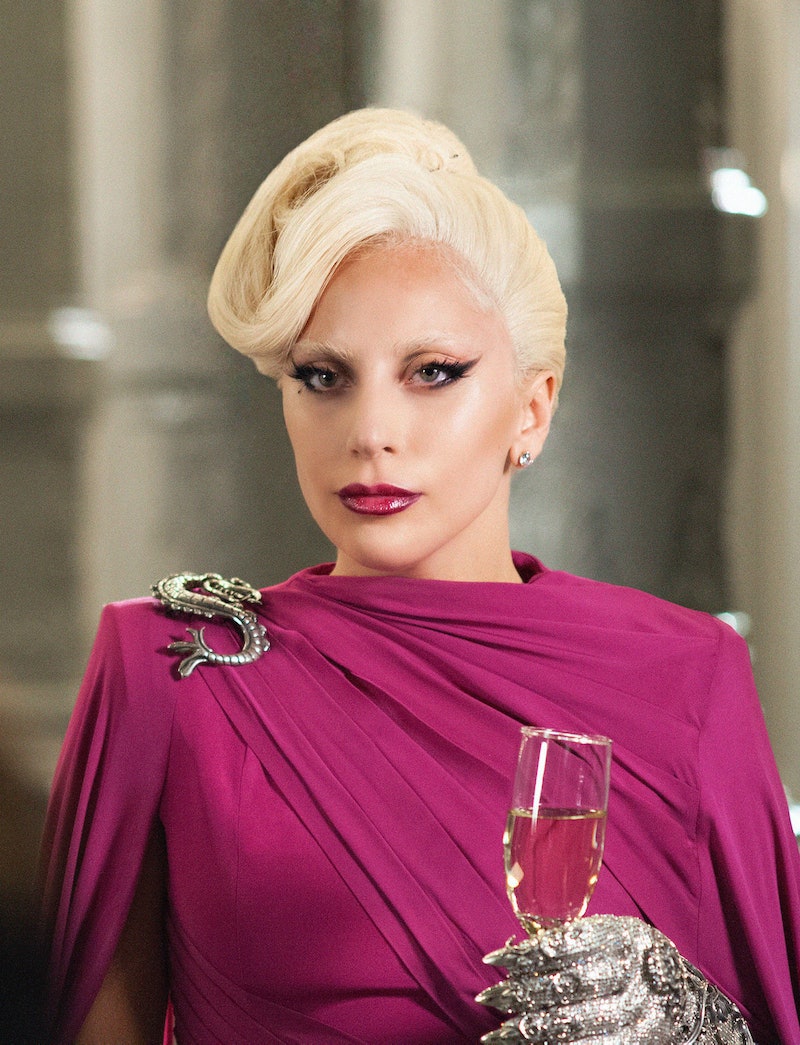 Oh, American Horror Story and your one million questions that need solving, how I love you. But, while Wednesday's episode did open a lot of new mysteries, one was solved and that was who turned Lady Gaga's AHS: Hotel character into a vampire? Well, although it was never explicitly stated, I think we can infer that her old-Hollywood buddy Rudolph Valentino turned The Countess. See, back before she was a powerful blonde running the world's scariest hotel, she was a brunette film extra just as in love with Valentino in the 1920s as all his real life fans were. But, unlike his tons of fans, Valentino took notice of Countess Elizabeth and started courting her with his wife, Natacha Rambova. Because, you know, vampires always hunt in threesomes.

According to AHS, Valentino himself was turned by famed director F.W. Murnau (who made the classic vampire film Nosferatu , because of course). So, after Valentino faked his death, disappeared for awhile, and finally returned to a distraught, mourning Elizabeth, he likely decided to turn her too. After all, she loved him and she stopped aging in the '20s, so everything adds up.

Him being the one to turn her also explains why, after Valentino disappeared for a second time, Elizabeth takes lovers that all look roughly the same. After all, Valentino is played by Finn Wittrock and it's well-known that all the AHS: Hotel men look basically identical. Also Tristan is played by Wittrock, so there's that love connection explained.

But, unfortunately for everyone involved, after she was turned, Mr. March was none to happy that his new bride was in love with another couple. So, he did what he does best: Imprisoned Valentino and Rambova in a doorless hallway of his hotel to rot there for several decades. But, after they broke free and gorged themselves on some blood they were back and looking better than ever. I know it's not safe to drink blood, but boy does it do wonders for the skin in Ryan Murphy's world.