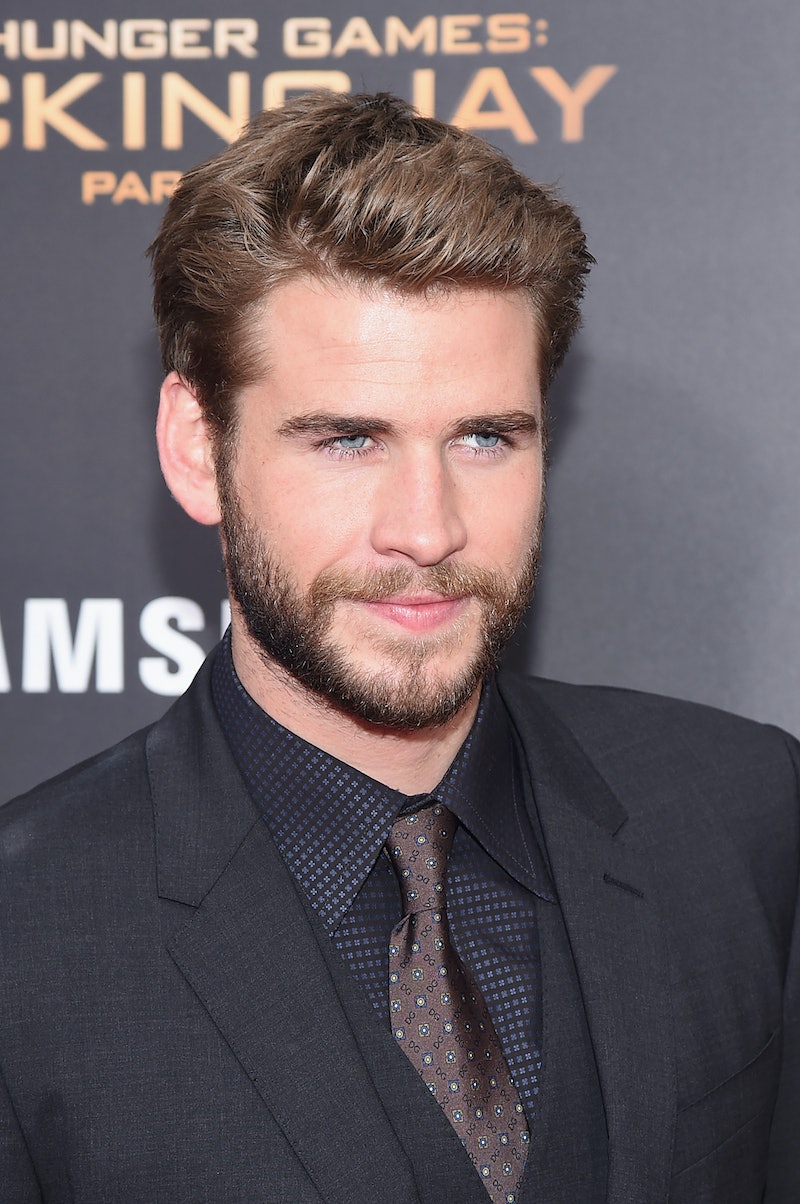 As excited as I am to see Mockingjay, Part 2, I'm super bummed that it means The Hunger Games series is officially over. After more than three years of looking forward to the next movie and obsessing over everything Jennifer Lawrence does during press tours, it's going to be sad to see it go. It's already hard to believe that the cast won't be portraying characters who have become truly beloved, especially where Gale is concerned. If you ask me, Katniss' childhood BFF never got the screen time he deserved (because he's way better than Peeta, obviously) but he's always been one of my favorite characters from the films and books. So, what is Liam Hemsworth doing after The Hunger Games ? Hopefully he's made some plans, because he's about to have a lot more time on his hands.

Unfortunately, Hemsworth hasn't talked much about what his post-Hunger Games life is going to look like, but thanks to interviews he's done recently, it does sound like he's looking forward to the downtime. According to what Hemsworth said at a Berlin press conference for Mockingjay, Part 2 earlier this month, his immediate plans are pretty simple: hang out with his family for the holidays, which he says is the only time all his loved ones are ever in the same place. But beyond that? He hasn't shared many of his plans just yet, but since he just adopted a dog with the help of his ex, Miley Cyrus, I have a feeling he'll be spending plenty of time with his new pooch.

But in case you're worried about not seeing Hemsworth on the big screen for awhile, don't be — he has plenty of projects lined up. His latest flick, By Way of Helena, will be released soon, and after that, he's starring in Independence Day: Resurgence , which will hit theaters in 2016.

And there's one other thing he'll be doing in his down time: missing his co-stars. "We'll always be best friends," he told Star 2. "We are in constant contact, and we see each other as much as we can. I will miss going to work with them and being in a different city together and having that intense period of time together, which is something we enjoyed the last few years, and being back on this press tour is great. At the wrap party we stayed for a couple of hours and then went back and had our own wrap party, and just held each other and reflected."

It's a good thing Hemsworth isn't going anywhere, but it's a bummer he'll never again be our Gale. At least he'll live on in DVD form.