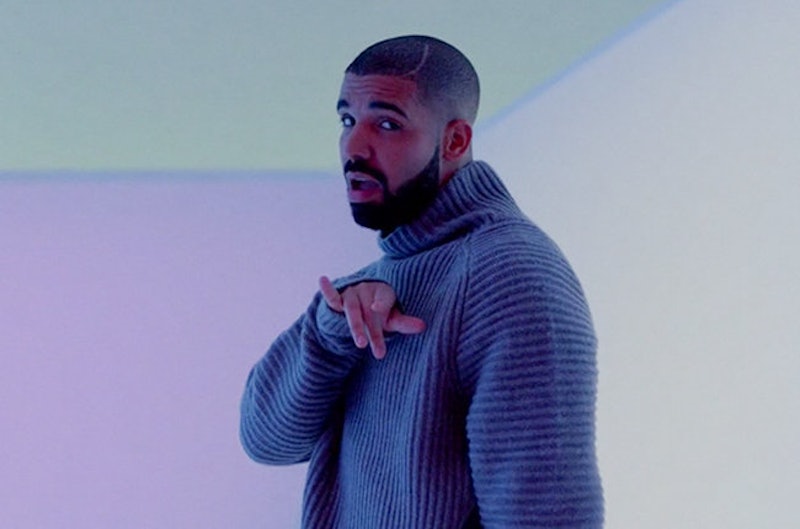 What a time to be alive. Seriously. MTV pointed out that waaay before he was spitting unforgettable, highly quotable lines for his 2015 collaboration with Future, What a Time to Be Alive, Drake said "what a time" in an interview with Katie Couric from 2010, proving that he's always been spitting unforgettable, highly quotable lines all over the place. So does this mean that Drake had been planning this mixtape way back in 2010? Was this a Drake Easter Egg? Does it mean he can predict the future? What gives?

MTV's Adam Fleischer weighed in on his findings, saying, "I don’t want to read into this. It doesn’t mean that Drake had secretly been planning his mixtape with Future for five years. What it does mean, though, is that we now have a reusable bite of Drake repeating “What a time” on a loop." Alright, fair enough, fair enough (though I'd still like to dream that it was more prophetic than that).

This did get me thinking, however, while "What a time to..." can really be used for anything (i.e. What a time to...drink coffee after 8 p.m., dance naked in the house, get the guac at Chipotle, etc.) what if Drake had finished that sentiment with something else? For instance, one of these things:

1. What A Time... For Turtleneck Sweaters

It's getting cold out there.

2. What A Time...To Say Nonsensical Things Like "I Know When That Hotline Bling"

It could only mean one thing. What does it mean?

4. What A Time...To Read Something, But Have It Be Too Late

Yes. He voiced one of the mammoths in Ice Age 4.

6. What A Time...To Start From the Bottom

And now be here.

Oh, what a time, indeed. Watch the video starting at 1:44 below.