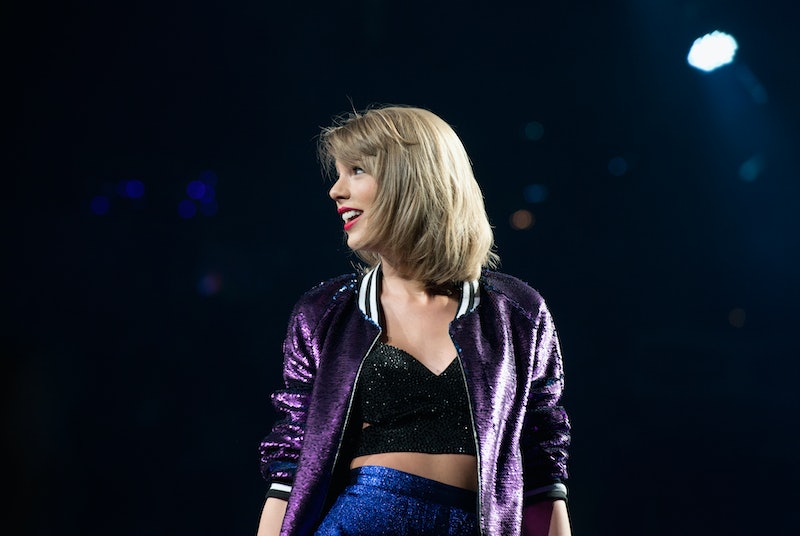 The ultimate foodie holiday is almost here! With Thanksgiving right around the corner, daydreaming about the big meal is inevitable. Of course, turkey is the star of the show. But honestly, side dishes are equally important. After all, there are so many options to pick from. Whether you prefer sweet potatoes to mashed potatoes, or you load up on corn bread and biscuits, everybody has a go-to dish. Even vegetables become more appealing, thanks to the magic of casseroles.

Certain side dishes actually are a bit controversial. I know it's only food, but people have seriously mixed opinions about cranberry sauce. Some love it, while others are adamantly anti-cranberry. This polarity is reminiscent of how people react to certain celebrities. (Cough, cough, Justin Bieber.) Just like how cranberry sauce keeps the shape of its can, the Biebs stays true to himself no matter what. Luckily, he has a loyal army of Belibers, who will defend him until the end. The same can be said for cranberry sauce; there's a reason it appears on the table every Thanksgiving.

It may sound like a stretch, but Justin Bieber isn't the only one with a food alter ego. To get in the Turkey Day spirit, here's a round-up of Thanksgiving side dishes matched with celebrities' personalities.

Classic and all-American are two phrases that perfectly describe Taylor Swift... and apple pie. Swift's personality is as sweet as this dessert. It has a bit of crunch to it too, just like how Tay can sometimes be a bit sassy (in the best way possible).

As mentioned earlier, Justin Bieber's personality is just like cranberry sauce. Sure, sometimes the side dish can be changed up a bit — like when Biebs tries a new haircut or grows a mustache. But at the end of the day, it's still the same thing.

Remember the anticipation for Starbucks' Pumpkin Spice Latte? It's pretty much the equivalent of how people felt waiting for Adele's new album 25 . Adele would totally be pumpkin pie for this reason — they're beloved and there's nothing quite like them. Plus, her hair color matches the pie. That's a bonus!

Drake may sometimes try to act tough, but he's just a big softie. Known for wearing his emotions on his sleeve, Drake's sweetness is simply another reason to love him. Just like sweet potatoes (which can be turned into pies, casseroles, and more), Drake is pretty versatile. He can rap, sing, and act.

Why are Kim Kardashian and Kanye West like bacon-wrapped Brussels sprouts? Because duh, regular Brussels sprouts are boring. Bacon puts this side dish over-the-top, just like how anything Kimye does is bound to be extra glamorous.

Tom Hiddleston is comforting and lovable, like this Thanksgiving staple. He has a dedicated fanbase and I'd say the same about corn bread. It's a bit of an acquired taste, but those who love it, swear by it! Whether muffins or slices, corn bread comes is great in any shape. Same can be said for Hiddleston in a variety of roles.

Corn is a Thanksgiving classic. That's also an adjective that fits Lauren Conrad's style. Whether you serve corn on the cob or mix it with other veggies, there are so many options. The same could be said for LC, who switches up her look but always remains chic.

Colorful — just like the youngest Jenner's hair — green bean casserole has a lot going on. There's plenty of ingredients and ways to make it. Similarly, Kylie Jenner is always doing a million things at once. Plus, green bean casserole is super photogenic — just like Snapchat queen Kylie. You know if you made your own GBC you'd definitely take a photo for Instagram.

What's the one dish that everyone can agree on? Biscuits. They're extremely popular and the meal wouldn't be the same without them. The same can be said for Beyoncé. People always go back for seconds on biscuits, just like hitting repeat on one of Bey's songs. Who doesn't want more of a good thing?

Sure, she's grown up a lot — especially this year. But Selena Gomez will always be that wholesome girl, who sets a great example for her fans. She's down-to-earth, just like mashed potatoes. They're a reliable and lovable side dish.

Stuffing is a dish that can be made plenty of different ways, which also means it has a lot of personality. The same can be said for outspoken Hunger Games star Jennifer Lawrence. She's got a bit of a kick to her — just like this food.

See what I mean? Celebrities totally have food-related alter egos! Although I wish I was spending Thanksgiving with RyGos, I guess I'll have to settle for a helping of mac and cheese. It's almost the same thing.