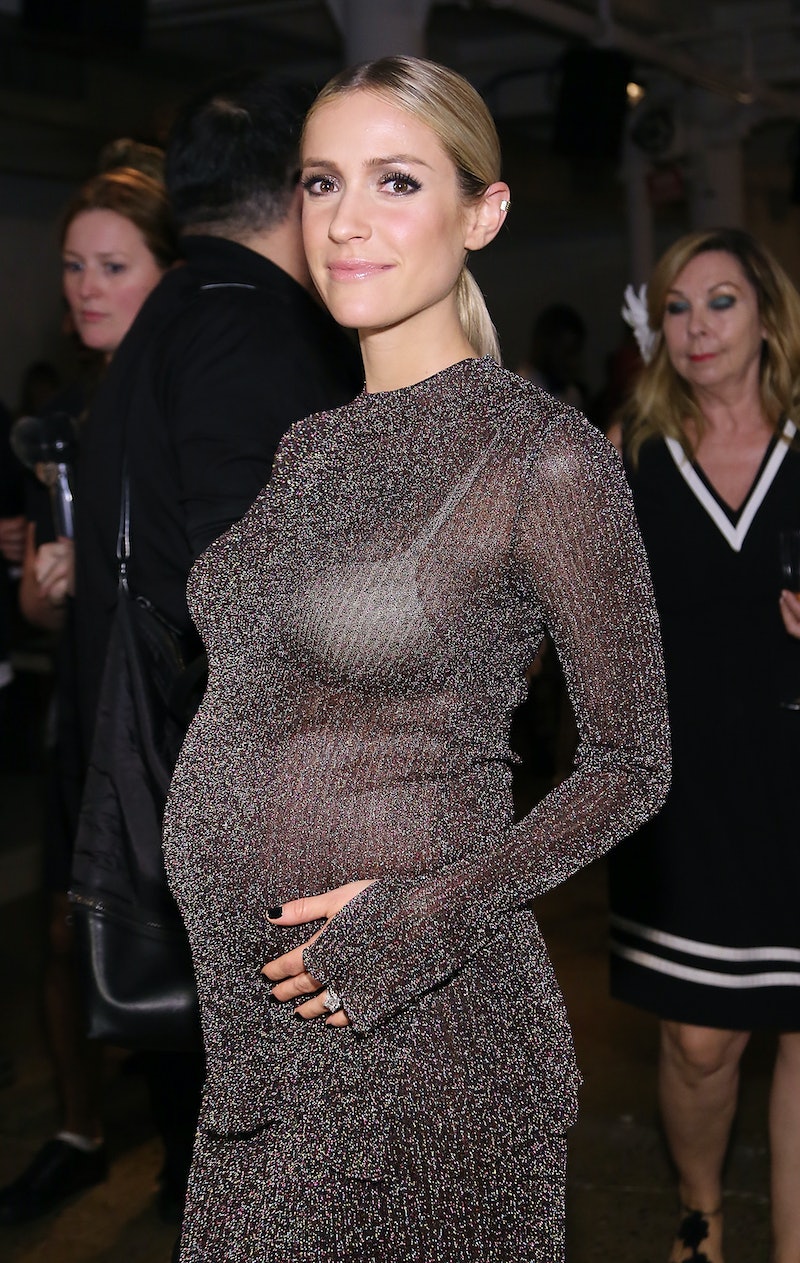 Prepare to feel extremely old and nostalgic: Some members of the cast of Laguna Beach recently celebrated their 10-year high school reunion. I know, I can't believe it either. It seems like just yesterday they were starring on their MTV show with Hilary Duff's "Come Clean" as the theme song. (Remember how fantastic that song was?!) Unfortunately, Kristin Cavallari wasn't at Laguna Beach High School's reunion, but before you get too upset, she had the perfect excuse. On Instagram on Sunday, Cavallari shared a photo posing with her new daughter Saylor James Cutler. In the caption, she wrote,

Really sad about missing my 10 year high school reunion last night...so many people I wanted to see...but at least I have a good excuse

She's right — it's an excellent excuse to ditch the event. Spending as much time as possible with her family is a very valid reason to skip seeing her high school friends. The picture that Cavallari posted is actually the first time she's shared a snapshot of her new daughter. Unfortunately, Saylor's face isn't visible, but the picture is incredibly adorable nevertheless. Hopefully this is just the first of many cute baby photos to come.

Saylor is the third child for Cavallari and her husband Jay Cutler. They also have two sons, Jaxon Wyatt and Camden Jack. Chances are if the former Laguna Beach star had attended, she would be that person going around showing off cute baby pictures. (As she should!) Plus, considering some of the cast is still in the public eye, all it takes is a quick Google search to know what they're up to — no reunion necessary. She probably didn't miss out on too much.

Before you ask about whether Lauren Conrad attended (aka my first question), she actually graduated a year before Cavallari. Conrad was part of the class of 2004, while Cavallari was a member of 2005. Last year, LC and Lo Bosworth did attend their 10-year reunion. They even posted a selfie as proof.

At least that gives Laguna Beach fans a solid dose of nostalgia. And I'm sure there will be plenty of other opportunities for Cavallari to catch up with her classmates! For now, focusing on her family is a great idea.