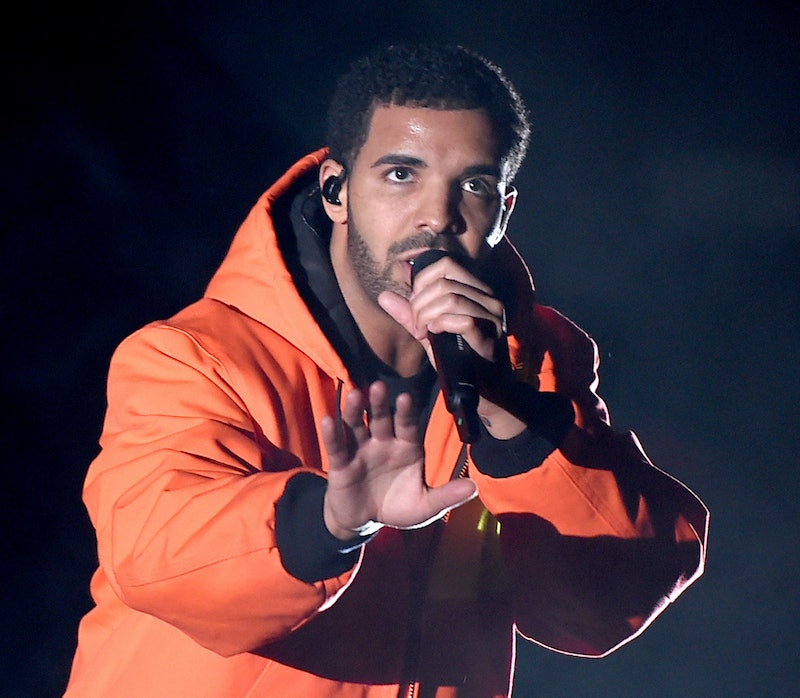 Drake fronts like he’s just your ex-boyfriend running through town in a turtleneck woeful that you won’t call him anymore, but some of the calls he’s getting on that cell phone are to tell him he’s been nominated for huge awards. Drizzy has an arsenal of statues, but sadly, not that many Grammy Awards. With the 2016 Grammy Awards ceremony coming up quick (they're on Feb. 15 this go round), and the nomination announcement on Dec. 7, will Drake add some more bling to his collection? Is Drake even eligible for Grammys in 2016?

Worry not, Aubrey lovers. 2015 was the year of Drake, and thankfully, most of the tracks the Toronto rapper put out this year were released in the window to be submitted for Grammy Award considerations.

The Grammy Awards for 2016 accept submissions for all music released between Oct. 1, 2014 and Sept. 30, 2015, so Drake’s surprise mixtape If You’re Reading This It’s Too Late will almost certainly earn a Best Rap Album nomination. If it will win is a different story. Though Drake has been nominated for an impressive 22 Grammy Awards since 2010, he’s only won a single statue for Best Rap Album for 2013’s Take Care. That’s not gonna help him become any less of a sad boy.

But Drake put out a lot of music this year, even if his promised album Views From The 6 is yet to be released (though it’s possible that Drake could spread some holiday cheer/tears by releasing the album this winter. There’s still hope). If You’re Reading This It’s Too Late was released on Feb. 13, 2015, a mixtape for all of Drizzy’s hopeful valentines. And to say it blew up would be putting it very lightly. In fact, just this week, Spotify reported that Drake was the most streamed artist in the world this year, with over 1.8 billion streams. Drake’s got energy, that’s for sure.

There's also "Charged Up" and "Back To Back," the two diss tracks against Meek Mill that Drake seemed almost reluctant to release, even though you knew was enjoying that feud just a tiny bit (if only to make shirts for the occasion). Both the diss tracks were released in July 2015, so they're eligible for nominations as well for Best Rap Song, but are probably less likely to grab them.

Sadly, Drake’s tracks eligible for consideration do not include “Hotline Bling.” Which might seem confusing, because it was Drake’s biggest hit of the year by far, but according to Fuse, sources confirmed that “Hotline Bling” wasn’t submitted to the Grammys by Drake’s team. The song came out in late July, and the window for submissions to the Grammys ended on August 26, long before Drizzy Drake released the sensational, neon-lit video for the tropical-feeling track that really sent it over the moon and into the land of memes, where it will live forever.

Last year, Drake was nominated for three Grammys: Best Rap Song and Best Rap Performance for "0 to 100/The Catch-Up" and Best Rap/Sung Collaboration for "Tuesday," ILoveMakonnen's track on which he was featured.

Hopefully, Drizzy will win a Grammy Award come February, but I think it's safe to say that he's got some nominations on lock. Too bad he didn't collaborate with Adele on a "Hotline Bling" remix yet; that would definitely have gotten them both the win.

More like this
Christina Perri Reacts To Her 'Twilight' Song Being One Of YouTube's Most-Viewed Ever
By Radhika Menon
Britney Spears Is About To Make Her Music Comeback With Elton John
By Jake Viswanath
Beyoncé Is The First Woman To Have A No. 1 Album Since Adele Did Almost A Year Ago
By Radhika Menon
Taylor Swift Shakes Off The “Shake It Off” Plagiarism Lawsuit With New Statement
By Jake Viswanath
Get Even More From Bustle — Sign Up For The Newsletter