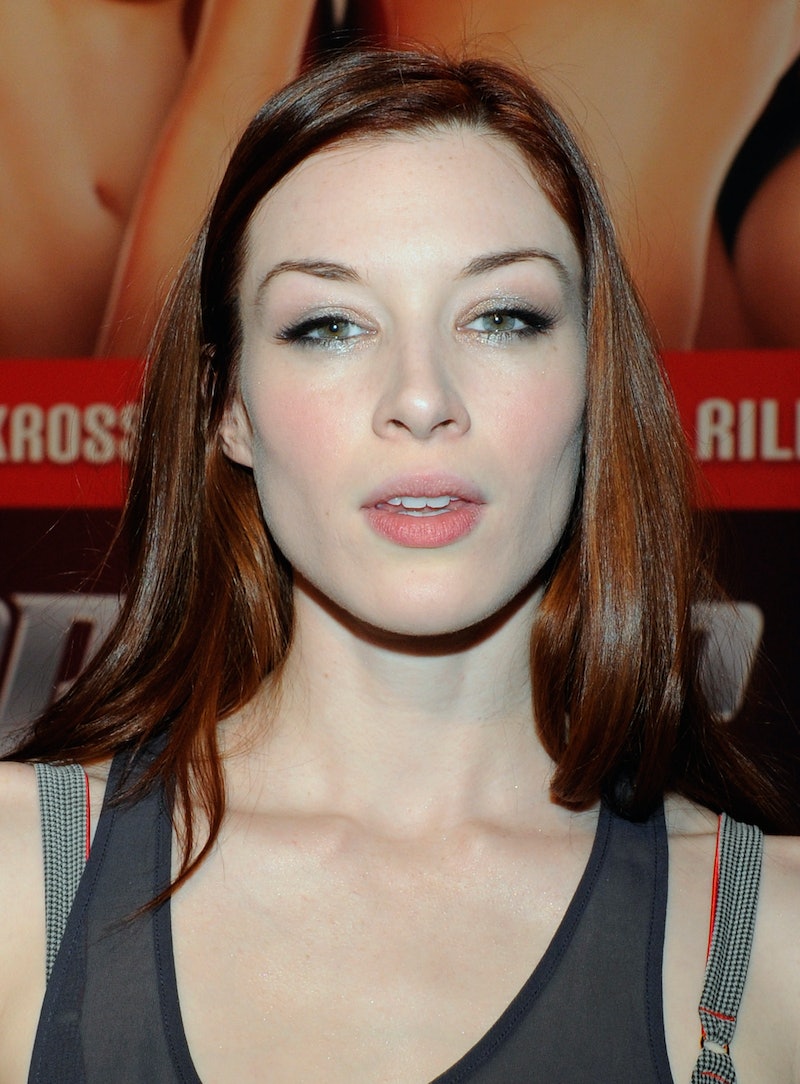 Nicki Blue alleges that Deen violently assaulted her during a blow job scene in an adult film. Although the oral sex started off “nice,” she said, she claims that Deen got rough, began choking her with his penis, then eventually urinated in her mouth. While she says she considered going to the police, the fear that her claims would be dismissed simply because of her profession were at the forefront of her mind. She told Daily Mail Online:

Blue is like any other person deserving of autonomy and respect; she just happens to work in the sex industry. Her profession doesn’t exclude her from being raped or sexually assaulted, just because she has sex on camera and gets paid for it.

Before Blue came forward, Tori Lux, who also claims that Deen assaulted her, wrote a piece for The Daily Beast about her own allegations towards him. Along with detailing the alleged abuse, an incident in which she claims Deen forced her to “sniff his testicles” after hitting her in the face several times, she went on to explain that she chose not to report what she claims happened because, “people — including the police — tend to believe that sex workers have placed themselves in harm’s way, and therefore can’t be assaulted.”

But Sua's problematic statement hits the nail on the head with his thinking: Far too often those who work in the sex industry, women especially, are seen as less than human. A study from earlier this year out of the UK found that many people view those in the sex industry with a severely warped perception, adhering to archaic stereotypes that “women are sexual objects and men are sexual subjects.” Women are not objects.

When people dare to suggest that sex workers can’t be raped, they’re taking victim-blaming to a whole new low. It’s not just the mentality of “she was asking for it,” but a deeper, more gruesome thinking that those who work in the sex industry are not human, that they're just sexual objects to be used and degraded, as if their profession allows men to violate them as they choose to simply because they’re not “normal” people, to use Nicki Blue's word. But to reiterate, Blue is “normal,” as is every other sex worker out there. Every single one of them is human — and human beings can be raped.

As many people brace to see if more women will come forward to accuse James Deen of rape and/or sexual assault, it’s important to see the reality of the situation clearly. Sex workers do not get lumped into their own category when it comes to sexual assault, making them somehow bulletproof to such things. No matter how rough they may like sex in their personal life or how many rape fantasies they may act out on screen for their job, if there’s no consent, it’s rape. Plain and simple.

More like this
The Best Time To Date After A Breakup, According To Experts
By Bustle Editors
How To Do The Intimacy-Boosting Lotus Sex Position
By Laken Howard and Lexi Inks
What Is The Forest Personality Test? The TikTok Trend, Explained
By Georgina Lawton
Expert Tips For Being On Top When You're Plus-Size
By Lexi Inks
Get Even More From Bustle — Sign Up For The Newsletter