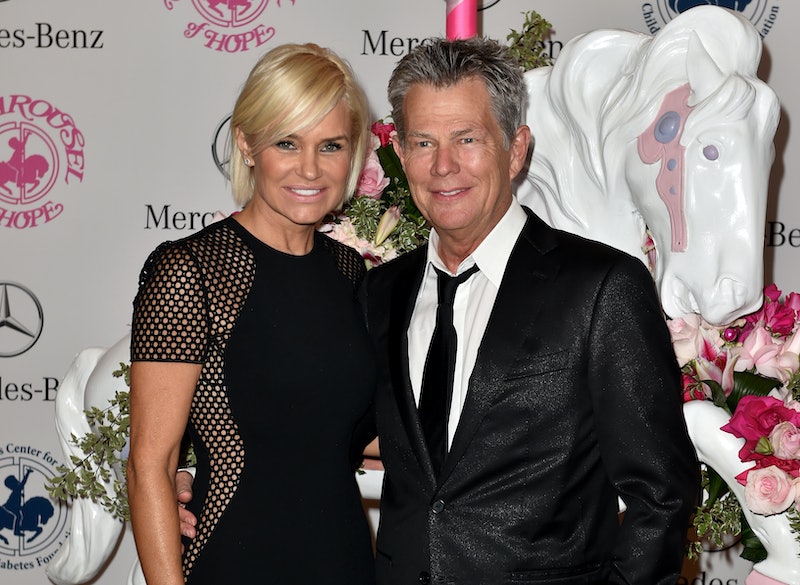 I am still in completely devastated over the news that Yolanda and David Foster broke up. They were such a loving couple on Real Housewives of Beverly Hills. They really seemed to have the perfect life together, and I loved seeing their sweet photos on social media. They were just one of those couples that I could not help support and root for, but what happens now? What does Yolanda and David Foster's divorce mean for Real Housewives of Beverly Hills ?

Unfortunately, this is not the first time the viewers have seen a divorce play out within the Real Housewives franchise so I have an idea about how this is going to go. I do not have any say at Bravo (sadly), but I don't think the show is going to change too drastically because of the breakup. David is not an integral part of the show and only made cameo appearances here and there. Yes, I will definitely miss seeing the loving moments between the pair, but I think the essence of RHOBH will remain the same. The only thing that will be different is that we won't be hearing about how lovely and perfect the Foster union is.

We might even see how Yolanda deals with going through a divorce and living on her own while she battles Lyme disease. I hate to put it in these terms, but in all honesty, the divorce will give her a new story line for the next season. Yolanda is too classy to talk smack, but she has been pretty open with her life over the years, so even if we don't get to see any juicy details about the split, we are very likely to see Yolanda adjusting to her new life as a single woman who is dealing with a lot as it is.

Plus, Yolanda is a pretty unique lady. She gets along very well with her other ex-husband and the father of her three children, Mohamed Hadid. He has actually appeared on the show plenty of times and is pretty friendly with Yolanda, David, and the rest of the cast. So, if the same pattern follows, there's a chance that we will actually see David again. It was a little bit different with Mohamed because he and Yolanda have kids together and Yolanda and David do not, but there still seems to be a love and care between the former couple, so I have a feeling David will appear at some point after the divorce is finalized.

Real Housewives of Beverly Hills will not change as a show over all following the divorce, but Yolanda will have something else to talk about. I wish this wasn't the case, but that's the reality of living your life on television.