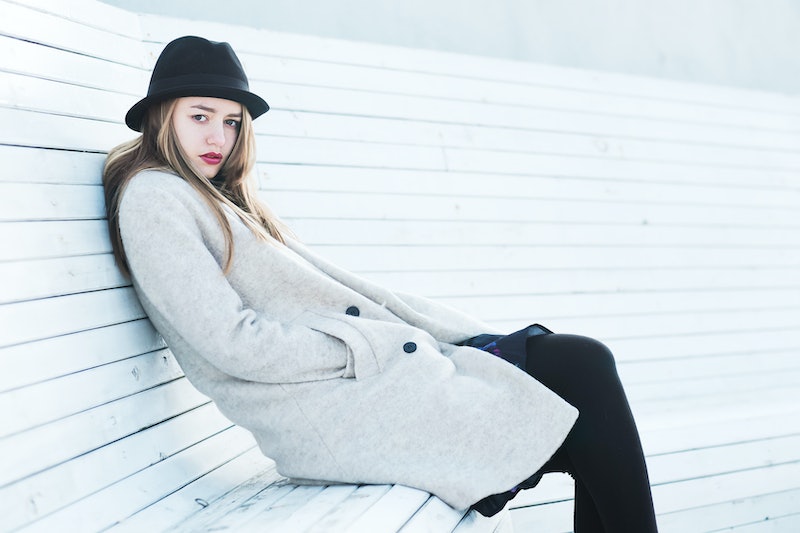 If someone has ever canceled a date on you, you'll know that it's a slow, awkward process. Most people don't just outright say it or do it — there's either radio silence or a lot of confusing excuses. And sometimes you can see it coming. You see it coming, but you don't really want to admit it, or you think that you're being paranoid. So it's a process — an uncomfortable, annoying process.

Especially if you're frustrated with dating, this can feel like the worst thing ever. If someone's bailing, it's normally early on in dating (first or second date) and you'll get over it quickly. But at the time, it feels like a pretty big deal because if someone waits until the last minute, it leaves you without plans for the evening and it's a major reminder that someone just ditched you. If someone had the courtesy to say they weren't interested, you could move along and do your own thing. But all that waiting to figure out if you're being blown off, only to find out you are indeed being blown off, can leave you at loose end. And sometimes you just want to know what you're doing with your evening or weekend rather than scrambling for last-minute plans.

So how does it go down when someone cancels a date? Well, it's a roller coaster of emotions that many of us have experienced, and these are the stages:

Normally they would have texted by now. But you're chill. I mean, sometimes people text quickly, sometimes slowly. You only messaged a few hours ago. They could be in a meeting. A very long meeting. People have meetings. Stop being paranoid.

2. You Definitely Should Of Heard From Them By Now

OK. Dinner's in two hours, shouldn't they have said where you're having it? The ticks turned blue right away—so you know they read the message right away. And they know you know that. Dammit — they definitely should have replied by now. Definitely. Really. Crap, they're probably bailing. Oh! No wait...

Phone buzz! Yay! They've messaged. OK, you were being totally unreasonable. Why would anyone cancel? You underestimated them. You're such a pessimist. That's so like you—

Oh, wait. They are canceling. Crap. They're sick. That's a real thing. That's definitely a thing. Being sick is a thing.

They're definitely not really ill. They were playing soccer with friends last night. They're bailing on you. They didn't want to go on this date. You totally forced it. Crap. Play it cool, still be nice, but they are totally not sick.

7. Time To Distract Yourself

Well, you're not going to waste this Friday night. Not going to just sit at home in your onesie watching 30 Rock reruns even though that's all your heart has ever wanted. No, tonight you're going to go out and live it up. You are a single woman on the town. Liz Lemon can wait until tomorrow.

8. Friends To The Rescue

Weren't your friends getting drinks? You can join! Great. You already have an outfit picked out. Let's go out. You will dance the night away and not think about that jerkface.

"But why does this always happen to me? It's me, isn't it? People are the worst!" Oh crap, you're talking about it. It's like Pringles, once you pop (the fountain of drunken self-pity and obsession), the fun don't stop. Except the fun is sadness. Salty, salty sadness. Either way, your friends will talk you through it.