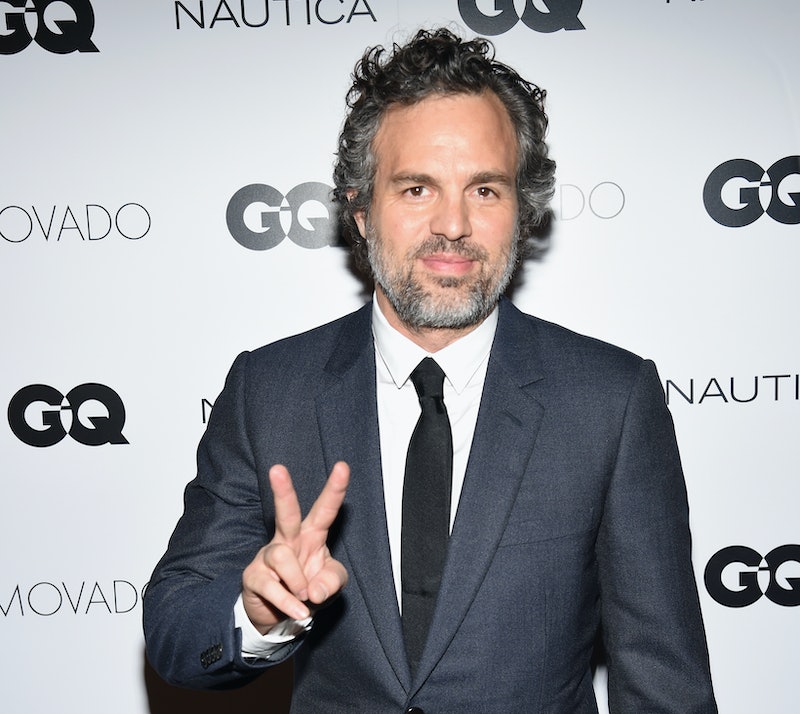 As the end of 2015 looms just around the corner, it is time for reflecting and recognizing all of the ups and downs that happened during this very complicated year. In 2015, the road to gender equality became a bit more pronounced and supported by women and men all over the world. When beloved actress Emma Watson launched her #HeForShe campaign in late 2014, many male celebrities jumped on to support the cause, which may have come as a pleasant surprise to fans. But the men who supported #HeForShe didn't stop there, and many other male celebs continued to be feminist allies well into 2015.

One thing is for sure: feminism was very prominently talked about this year. Everywhere from political discussions to Hollywood red carpets to social media has become a stage to speak out about feminism, and whether the opinions are positive or misinformed, the term is more accessible and accepted than ever before.

Although there have been wonderful feminist victories to celebrate this year, the road to gender equality is long and winding. But it's great to know that the eight male celebrities below were feminist allies in 2015, and will continue to fight along with us.

The past few years, Radcliffe hasn't been shy about announcing his feminist status, and earlier this year, he once again supported his Harry Potter co-star Watson on her work with the HeForShe campaign. He told MTV News about her advocacy, “Emma’s always been very driven and socially conscious, and highly articulate. It came as no surprise that she would enter this field as well.”

He also opened up to Nylon in October about how shocked he is that equality campaigns are still needed, saying, “I think it’s fantastic that she’s bringing attention to it and adding to the conversation. I also find it bemusing, honestly, maybe because I have cool parents with a very equal marriage and have had good role models all my life, but I thought this was done.”

Hiddleston famously supported Watson's HeForShe campaign with BFF Benedict Cumberbatch, but he was not done being a feminist with that. The actor made millions of women jump of for joy when he revealed to E! News that he essentially did his nude scenes in the name of feminism. He said, "We actually talked about it. It’s so often in movies that women are more naked than men and that’s unfair."

This year, Matt McGorry emerged as one of the most prominent male feminist voices in entertainment. He explained his feminist evolution in an awesome essay for Cosmopolitan , titled "How Becoming a Feminist Felt Like Falling In Love," in which he described how Watson's U.N. speech inspired a change in his life. Of the speech he said, "You feel like your boundaries are being pushed and your worldview is shifting. It's terrifying, but it's also one of the most exhilarating and fulfilling emotional states you can know. This is the internal stirring I had the moment I heard Watson's words."

NY Mag's The Cut decided to ask various male celebrities if they were feminists and a few answers were surprising. One very uplifting answer was from Momoa who said, “I wasn’t raised by a man. I was raised by a single mother my whole life. It’d be ridiculous for me to say that I didn’t believe in it. They’re the strongest beings in the world.”

Aziz Ansari opened up about his book, Modern Romance , and his thoughts on feminism with The Guardian, saying,

I’ve been a feminist my whole life. There wasn’t a period where I was really against women and then started dating one and was like, "You know what? Men and women are equal." That definitely didn’t happen... It’s interesting, you see interviews with female celebrities and they’re very scared of that word. It’s such an easy concept to get behind and a big part of it is that people don’t really know what it’s essentially promoting.

Ruffalo spoke to AOL about feminism and female directors, saying, "I love women directors. I’m a feminist, by the way... I didn’t know there were any [non-feminists] left in the world. I thought we pretty much came to the 50-50, like [feminism]-is-cool conclusion.”

In August of this year, Jon Stewart stepped down as the host of The Daily Show , a program that was full of feminist moments throughout the years. It would almost be impossible to pick just one instance, but the above video shows the sheer hilarity of Hillary Clinton being picked apart because she would be a grandmother soon. Can I roll my eyes any more?

Oh, Chris Pratt, ever so perfect. After joking that men should be as objectified as women, Pratt took a chance to shout out all the inspiring ladies in his life during his acceptance speech for Spike TV's Guy of the Year. He said, “I wanna take a moment to advocate for the equality — socially, economically, and politically — of our beautiful women... Some in uniform, some in other uniforms: ladies, holding it down, I love you. My life is run by you, my mother, my wife, my manager, and everyone else.”

These dudes all just got infinitely hotter in my book. Just sayin'.

More like this
Sandra Bullock, Girlboss Extraordinaire
By Matt Harkins & Viviana Olen
Lydia Leonard Is Setting The Record Straight
By Olivia-Anne Cleary
Spice Girls’ Net Worth: The Richest Member Is Wealthier Than The Rest Combined
By Hugh McIntyre
The 20 Most-Followed Celebs On Instagram
By Ananya Panchal
Get Even More From Bustle — Sign Up For The Newsletter