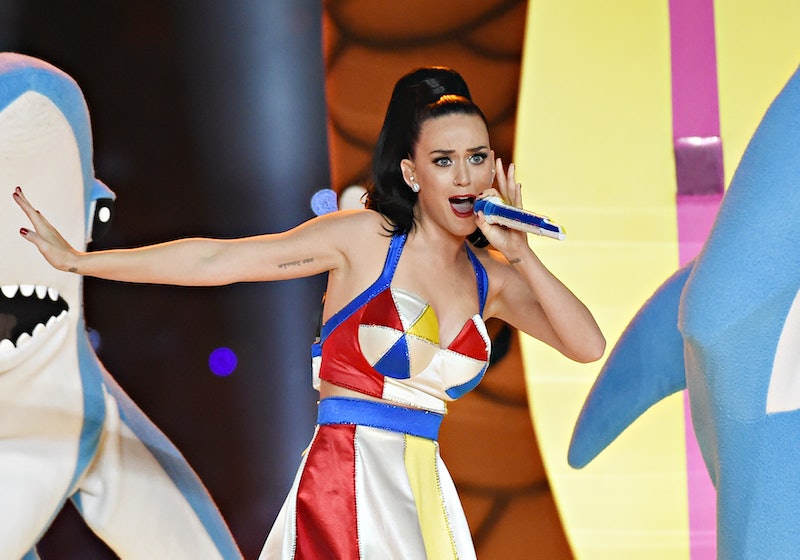 Without a shadow of a doubt, 2015 has been a ground breaking year for pop culture. While, cultural historians of the future might be tempted to reduce the entire year into a tidy GIF-set made up of Taylor Swift dancing at awards shows, shocking Game Of Thrones death scenes, and every single one of Drake's alluringly awkward dance moves in the "Hotline Bling" music video, they'd be missing a myriad of progressive pop cultural moments in which LGBT rights and feminism took center stage.

From Ellen Page openly revealing her sexuality on stage with an inspiring speech at the Time to THRIVE conference to many celebrities openly declaring and embracing their own gender fluidity, 2015 has been a benchmark year for bringing conversations about gender and sexuality into the limelight, bookmarked by empowering transgender stars Laverne Cox and Caitlin Jenner gracing the magazine covers of TIME and Vanity Fair.

But 2015 will also be remembered as a year in which nostalgia and reboots went into full overdrive with countless TV shows and movies such as Full House and Gilmore Girls receiving revivals. But truly, it's been a year in which every single one of us has gotten caught up in intense amounts of Star Wars: Episode VII excitement, losing our damn minds by re-watching the trailer time and again in the hope of picking up crucial details for The Force Awakens and throwing money at our local cinema for those precious pre-sale tickets.

Poehler and Fey are quite frankly the best Golden Globes hosts ever so while their hilarious hosting gig for 2015's Golden Globes was stupendous, it was also kind of sad because it was their last.

Perry's performance was truly a spectacle to behold; fun, playful and with such an amalgam of props and dazzling costumes that my eyes could barely keep up. But the true cherry on top of that pop sundae was Missy Elliott making a triumphant return to the stage alongside her (and of course, let's not forget that shark ).

After five years of being in one of the world's biggest bands, Malik announced his decision to split from the band to take some time out to kick back and enjoy his life. Predictably, 1D fans were beyond devastated .

Inside Amy Schumer has been a consistent talking point of the year, with the comedian (who has been on point throughout 2015, let's face it) making countless sketches which add vital and hilarious commentary to gender politics, but it was her formidable Last F**kable Day sketch which really showed her to be an unapologetic force to be reckoned with within the industry.

What was once a staple in every true TV fanatic's schedule ceased to be this year with a truly surprising ending that nobody saw coming. Yoga? Seriously? I'm still completely blown away and perplexed by it.

Jenner was finally able to publicly be herself this year with a truly historic cover story with Vanity Fair. Brave, powerful and emotional, her public reveal helped to highlight and define transgender rights to people who may not have formally understood them before.

July - Taylor Swift Invites Her Squad To The Stage

We all discovered #SquadGoals this year thanks to Swift and her army of celebrity friends, but it was Swift's 1989 World Tour — in which an endless roster of her famous friends (including Lena Dunham, Lorde and Uzo Abuda) joined her on stage — that truly defined her year.

August - PLL Finally Reveals Who A Is

It was a long time coming, but the first half of Season 6 finally solved the mystery of who A is.

For her spectacular performance as Annalise Keating in How To Get Away With Murder, Davis became the first black actress to win an Emmy. As if that wasn't enough of a celebration, she then went on to deliver an emotional and inspiring acceptance speech which made the entire country weepy with pride.

I'm still dancing around my bedroom with uncontrollable joy about this, and I'm not the only one: The Internet went insane at the news that our favorite pop culture referencing, fast talking mother and daughter combo were making a return via a limited series on Netflix.

Oh boy, Adele really knocked it out of the park with this one. "25" has broken countless sales records since its release, and blazed the charts with her powerful hit single, "Hello".

Lets be honest, the entirety of 2015 has been all about Star Wars, but December has given fans the Christmas gift that everyone has been good as gold in waiting for: the cinematic release of The Force Awakens.

Here's to you 2015: It's been fun, it's been emotional and it's been kind of insane at times, but we wouldn't want it any other way.