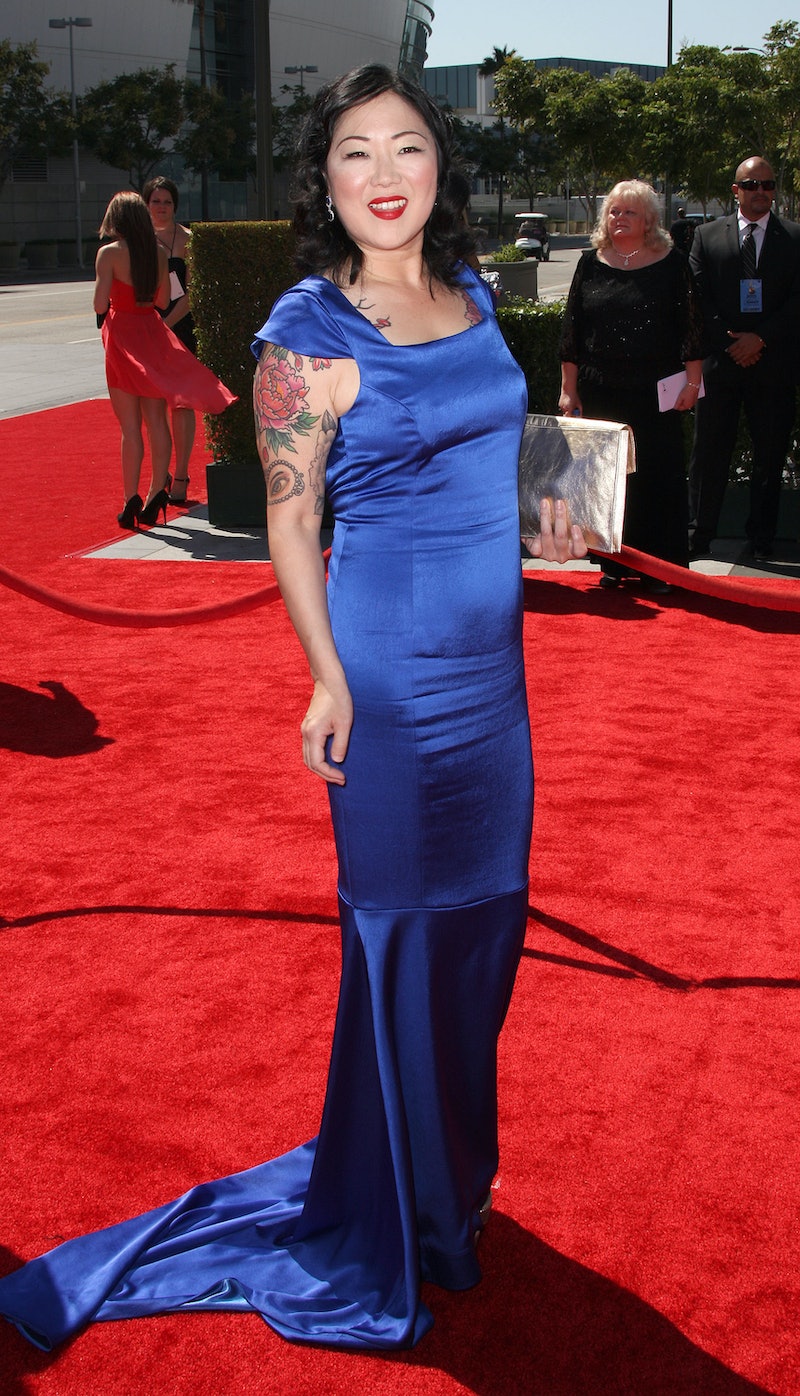 Fashion Police has been going through a major rough patch over the past year and a half, but the popular E! show might be hitting its stride again. After a series of rotating celebrity co-hosts throughout the fall, it looks like the show is finally nailing down a fourth co-host. Today, it was announced Margaret Cho will be joining Fashion Police as a special co-host for the 2016 awards season.

Cho joins full-time co-hosts Melissa Rivers, Giuliana Rancic, and Brad Goreski, who are the permanent hosts of the show. The show returned after a long hiatus in August, and Cho has co-hosted multiple episodes since then. According to Radar Online, Cho is a fan favorite who's been bringing ratings and viewers to the show all fall. After an alleged contract dispute, she's officially on board to co-host for the 2016 awards season. So what exactly does that entail?

Cho will join the other three co-hosts for post-awards episodes, starting with the Golden Globes — the first show airs Jan. 11. After that, Cho will co-host post-Oscars, Emmys, and Grammys episodes. I for one am glad another comedian will be joining the show, especially after Kathy Griffin's abrupt departure.

According to a statement from Cho, she's also super excited.

"I love joining the crew of Fashion Police," Cho said. "To me it feels like family. although I am not quite a fashionista, I would love to look at it like I am changing it up — Fashion Police: Special Victims Unit. It makes me happiest to spend time with Melissa, and when I see her laugh at my joke, I feel like Joan [Rivers] is smiling, somewhere."

So sweet, right? Cho is (self-admittedly) not much of a fashionista, but I think that could bring a really fun angle to the show. Here's some of the other things I think Cho will add.

1. Her own (slightly) kooky fashion choices

Cho has played it safe so far as Fashion Police co-host, but I like to thing she'll mix up her wardrobe the more she appears on the show.

Tattoos are all over Hollywood, but not all actresses and actors show them off confidently. Cho has quite a few herself, and I love that she's bringing that to a mainstream show.

Cho designed an adorable black jumpsuit for Betabrand, and I for one hope she wears it on the show at least once.

4. Some levity about women in Hollywood

Cho may be joining a show focused on fashion, but don't expect her to avoid topics important to her, like feminism. She released this Funny or Die video last summer, and I hope she brings some of that sass to Fashion Police.

Part of Cho's charm is her edge, and I hope she brings up slightly controversial topics as co-host of the show. She just signed a deal with Netflix to produce and star in a weed-focused dramedy called Highland, so my hopes are high.

I kind of love the choice of Margaret Cho for the new Fashion Police co-host, and I can't wait to watch her first episode.