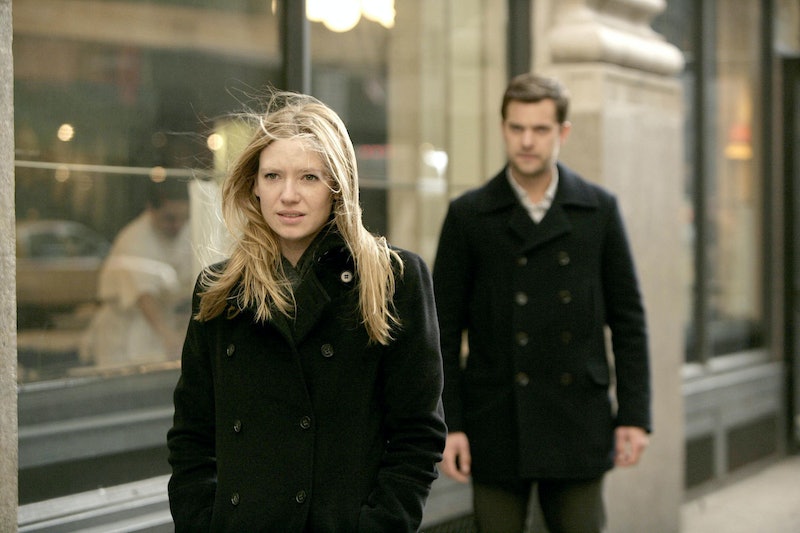 Whether it was on the frozen ice of Reiden Lake, solving sci-fi mysteries in and around Boston, or hopping between parallel universes, the crew of Fringe needed to stay warm. Yes, Olivia Dunham may have always been running around, but the Fringe characters had some serious winter gear so they wouldn't freeze during the New England winters. Maybe it was because the gone-too-soon Fox series filmed in Vancouver, Canada, but Olivia, Peter, and Walter were frequently bundled up.

Fringe rarely gave viewers warm and fuzzy feelings, with the characters almost constantly strapped to Walter Bishop's experiments. I mean, the first episode had Olivia in her underwear allowing Walter to insert electrodes into the base of her skull and submerging her into a sensory deprivation tank (not to mention the acid), so it's not like the characters were always suited up for the winter season. And speaking of suits, because many characters were FBI agents — and the involvement of the Observers — there were also plenty of suits.

But even with all of the cold science — and suits — Fringe was able to highlight some great outerwear and cold weather clothes. This winter, channel these Fringe styles, even if you're only staying in this universe.

Peter wore this stylish plaid coat with leather accents (look at those zippers on the bottom pockets!) in Season 4 to keep him warm and fashionable as he jumped from universe to universe.

Whatever you choose to call this type of hat (scally cap, cabbie cap, etc.), Walter's flatcap was one of his essential pieces of clothing on Fringe. And even if it didn't keep his ears warm, it protected that genius head of his from the cold much better than his aluminum foil hat ever did.

The menacing Observer, who first appeared in Season 4 and was the main antagonist in Season 5, wore the trademarked Observer fedora, but Captain Windmark stepped up his intimidation a bit more with this trench.

In Season 5, in the year 2036, Olivia improved her fashion game and rocked a leather jacket while fighting the Observers who had taken over the Earth. And actually Future Olivia's look is quite reminiscent of ...

While I would never condone Fauxlivia's cargo pants (and I wouldn't place them in the "winter gear" category anyway), the parallel universe Olivia originated the leather jacket look for actress Anna Torv, which went well with her devil-may-care attitude.

You don't need just outerwear to survive winter, as Walter showed with this stylish, grandfatherly cardigan — a rarity for the man who usually didn't concern himself with thought-out clothing choices.

It was rare for Astrid to ever leave the lab, but when she did, she proved she could do it fashionably with this true blue scarf and plaid jacket combo — I adore the oversized buttons.

Joshua Jackson looked so suave in his peacoats throughout the series, whether he popped the collar or not. There's only one Peter Bishop, and he made it known with his superior winter style throughout Fringe's run.