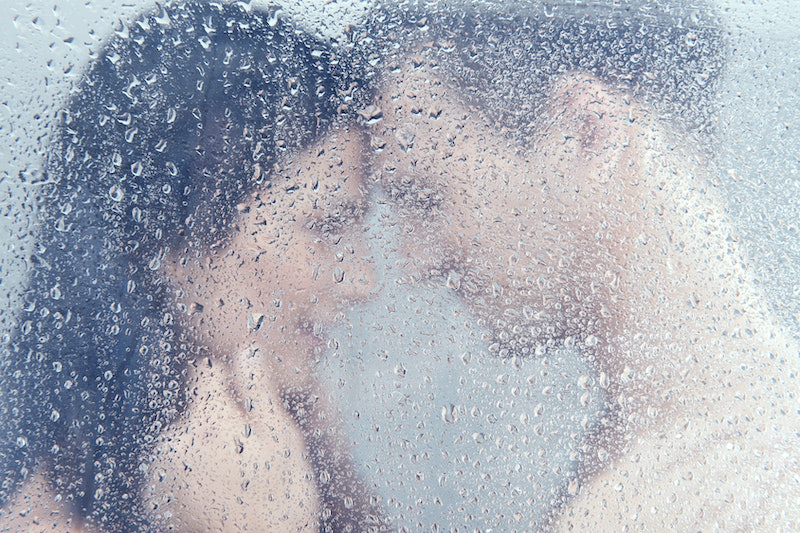 When you think of having sex in the shower, you probably imagine it like you've seen in a film. Hot, steamy, effortless. Basically, just super sexy. It's on a lot of people's sex bucket list and most people think that something about the heat and water will make it a contender for the best sex of your life.

It. Is. All. A. Lie. Shower sex is the worst. The worst. I've said it before, but now I've got a full article to explain why shower sex is up there with raisins pretending to be chocolate chips in my list of terrible, terrible deceits.

I get why you think it might be a good idea. If you're on your period and you want to save your sheets. Or if you're horny and short on time, so you try to combine sex and getting ready. We've all done it. But you know what— just goofing off together in the shower is infinitely better than shower sex. Unless you have a chair, a grip map, and a goddamned bed in your shower, you should not be having sex in it. Cover each other in suds, making mow hocks with shampoo, give each other a head massage, sing like idiots — and then get the eff out of there. Save yourselves.

Here are eight reasons why shower sex is literally the worst thing that's ever happened to me and the reason I once dropped a jar of Nutella in the toilet:

1. You Could Get Seriously Hurt

When you have sex in your bed, the worst that happens is you roll out of bed. But suddenly you're in the shower and it's basically like two baby deer trying to have sex while ice skating and if you slip in fall you're in a rock hard shower and WHY WOULD YOU DO THAT TO YOURSELF.

2. Suds In Your Eyes

Nothing sexier than "Hold on a second, I just got something in my eye... oh my god... OK it really hurts, OH MY GOD IT REALLY HURTS SH*T SH*T SH*T GET OFF OF ME!!"

OK, so fun fact: if you're having hetero sex you may think it's better to finish with your giving him a blow job because there's less chance of falling. BUT THERE IS NO SAFETY IN SHOWER SEX. If semen mixes with water it sometimes form a... well, a sort of rudimentary paste. What I'm saying is one my friends couldn't see for an hour until everything came unglued.

4. Nothing Lines Up Right

Unless you guys are exactly the right heights, you're to spend a lot of time trying to line up correctly. Especially if you're having hetero sex, his penis will probably pop out of you every six seconds, all while you try to balance. Super sexy, right?

Nothing like some sweet, sweet soap taste to get you in the mood.

6. Water In Your Mouth Is Not Sexy

Sure, the idea of water pouring down all around you seems amazing and steaming and hot. But when you start French kissing and it's basically just like two puddles in your mouths, you realize that your tongues are basically fish and dear god, what the hell are you doing with your lives?

Not only could you basically die at any moment, you'll only die doing that one position or, you know, that other position. Seriously, besides standing up what are you supposed to do!?

8. You Could Just Be Having Awesome Regular Sex And You WASTED THAT OPPORTUNITY

It's a waste of time and you probably could of had 30 minutes of amazing bed sex but instead you've had 30 minutes of pretending to enjoy shower sex, choking to death on water, tasting soap, and covering yourself in bruises and bumps while trying to avoid death. Don't feel bad, we all make mistakes. Just never do it again.