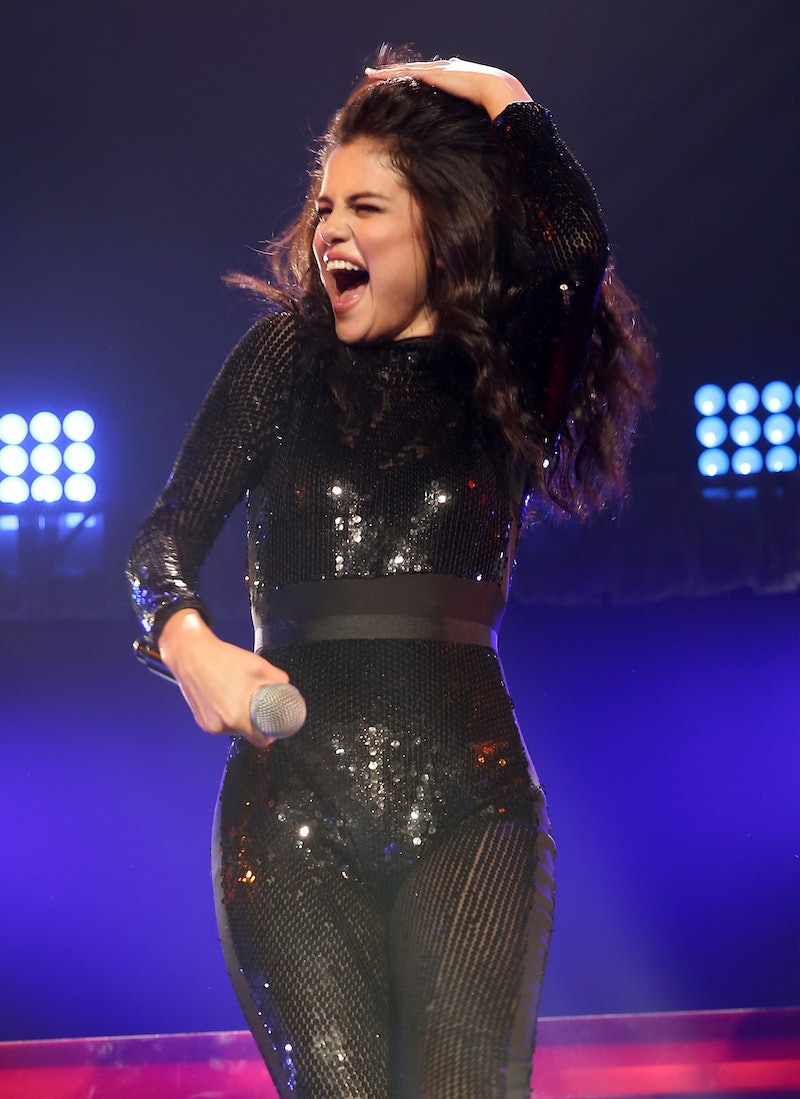 We all know it to be true that Selena Gomez absolutely killed it in 2015, largely thanks to the release of her hit album Revival. Her two first singles off the album, "Good For You" and "Same Old Love," dominated the music charts, and, be honest, you still haven't gotten them out of your head. In fact, you're humming "Same Old Love" to yourself right now. But, no matter how many times you've listened to the instant Gomez classic, I bet there's something you've never noticed before: "Same Old Love" is totally a sequel to "Love You Like A Love Song." Yeah, I'll let that sink in for a second.

"It's been said and done / Every beautiful thought's been already sung." These opening lyrics to "Love You Like A Love Song" connote repetition — Gomez's declaration of love via song is just adding to the extensive catalog of love songs already out in the world, but she doesn't care. In fact, as stated in the chorus she won't stop "hitting re-peat-peat-peat-peat-peat-peat." Gomez is clearly obsessed with this love, listening to it over and over again.

If "Same Old Love" really is a sequel to "Love You Like A Love Song" then the songs could be related to Gomez's long relationship with fellow pop star Justin Bieber. Gomez and Bieber, or 'Jelena' as they're sometimes called, were first spotted out and about in 2010 and made their public debut as a coupe in February of 2011 — months before the release of "Love You Like A Love Song," which hit the airwaves back when Jelena seemed completely in love. By the time "Same Old Love" was released, Jelena was over, and many reports suggested it was Bieber's bad behavior that was to blame for the split. Maybe Gomez really did get sick of that same old love.

To be clear, while rumors persist that "Same Old Love" is about Bieber, Gomez has never confirmed any such inspiration. Instead, the singer has spoken about "Same Old Love" as being about many different types of love, telling Radio Disney, "I think 'Same Old Love' represents a different kind of identity with love."

Regardless of whether or not "Same Old Love" is about Bieber, I still maintain that the evidence shows that the song is a sequel to "Love You Like A Love Song." It just feels right.