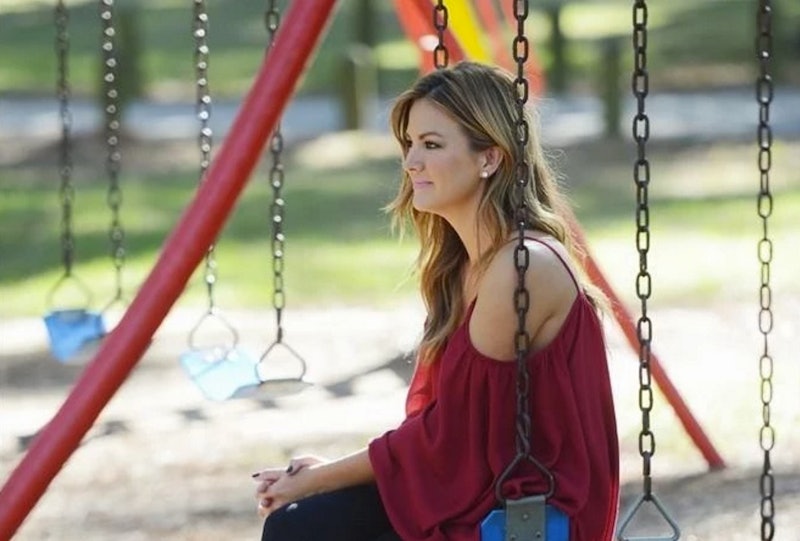 With The Bachelor returning Jan. 4, fans are excited to meet the new contestants. But fans were probably most excited to hear that some of their favorite past contestants are returning for Ben Higgins’ Bachelor season, like Amber James and Becca Tilley. But, after it was made such a big deal on Chris Soules’ season, some viewers are wondering, is Becca Tilley still a virgin?

First of all, should we care if Becca is a virgin? No. True, The Bachelor handled Becca’s virginity better than it did Ashley Iaconetti’s. Fans weren’t constantly reminded of her sexual status and the "virgin" title didn’t always accompany her name like it did with Ashley. Becca also wanted to choose a private moment to reveal to Chris that she was a virgin — it wasn’t a televised spectacle. So, here's hoping Season 20 does the same in terms of letting her virginity be hers to share or not.

After all, there are plenty of other things that make Becca an interesting Bachelor contestant. Remember when she questioned moving to Chris’s small town of about 400 people? She didn’t know what she would do with her life or how to have a career in place that doesn’t even offer a grocery store, coffee shop, or bar. She voiced her needs about her own fulfillment, which was a breath of fresh air in The Bachelor universe. Becca is a dynamic contestant and her sexual past is of little — actually zero — importance.

Back in September, Becca posted this hilarious Tweet about Ben H. and the upcoming Bachelor season, and she shared her sexual status of her own free will, which is how it should be.

So, it seems Becca is still a virgin, but so what? It’s 2016 and we’re entering season 75 of The Bachelor (OK not really, it’s just season 20), can we stop evaluating a woman’s status based on her sexual history? And, can we stop doing so in mainstream media? This storyline is tired, old, irrelevant, and just bad TV. Let’s keep it cool next season, Bachelor producers, and let Becca be in charge of her own sexual history.