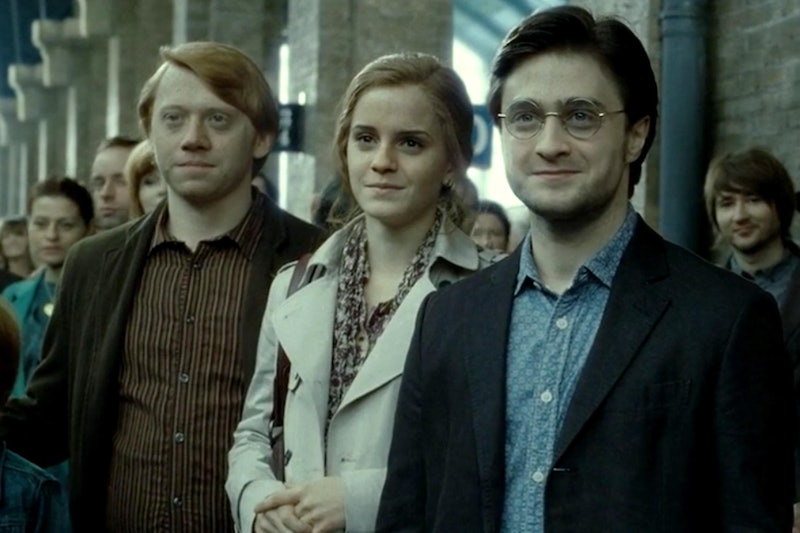 I'm fairly certain that ever major Harry Potter fan can recall the exact moment of putting the final book down after reading the last chapter and epilogue and weeping profusely. That moment of realizing it was all over was tragic, but at the same time, it was also comforting. The memories of reading the series, whether you read them as a child or just last week, will always be an important part of you. And that's why, to this day, there is still fan fiction being written about Harry Potter. Some of these even include alternate endings for Harry Potter, because frankly, we can't seem to ever get enough.

J.K. Rowling has come out and revealed certain details she wished she could have changed about the series, or alternate plot lines that just never made it to the page, but I'm still on her side with how the series ends. There are some wild theories Potterheads have come up with over the years, and some even stranger endings. Some are only just an elaboration over what happens after the epilogue, while other fans go as far to completely kill off Harry Potter or break up Ron and Hermione.

If you can't get enough Harry Potter in your life, here are seven of the most unique and crazy alternate Harry Potter endings any fan has ever written:

In one fan's alternate ending, the prophesy of "either must die at the hand of the other, for neither can live while the other survives," means something different. In this theory, the fan proposes that it really means the only way either of them could die was at the hand of the other. By this reasoning, if Harry kills Voldemort, Harry would never be able to die, and would be sacrificing the opportunity to ever be reunited with his parents and deceased loved ones. Talk about a depressing, complicated, and epic ending.

2. Harry And Hermione's Happily Ever After

Some fans are still convinced that Harry and Hermione are meant to be, and in this Harry Potter alternate ending, Harry asks Hermione on a date once and for all, sealing their fate for good.

This major Potterhead wrote an alternate ending in which Harry is actually dead during the scene when Voldemort asks the rest of Hogwarts to come to his side. While Neville is attempting to stand up for himself and the ones behind him, it's Malfoy who strikes down Voldemort. But why would Malfoy do something like that? This fan reasons that Malfoy has always seen Harry as his friend, his strength — and now that he's gone, it's time to stand up for what is right. In the end, though, it's Neville Longbottom that defeats the Dark Lord in this fanfic.

4. Ron and Hermione Break Up

Well, this ending is certainly devastating. Instead of Ron and Hermione being adorably awkward as they finally admit their true feelings for each other in the real version, Hermione finds she's no longer in love with Ron as they part ways for college in this fan's alternate ending. Hermione is certainly not herself in this version, but the writer argues it's more realistic because not everyone ends up with their high school sweetheart.

One major Harry Potter fan, Ailsa Martin, wrote her own epilogue to the series. This ending also includes Harry going on play Quidditch for England, marring Ginny, and helping manage the Weasleys’ Wizarding Wheezes with George. This theory goes more into personal details, like how Ron has a knack for domestic magic and Hermione becomes the first ever female Minister of Magic. Oh, and there's no child ever named Albus Severus in this different ending.

This fan found the friendship between Harry, Ron, and Hermione to be too powerful not to be put to use at the end. As the three of them shout out the Expelliarmus curse at once against Voldemort, they defeat him together with the power of love on their side. It's still the same sort of ending, but with a touch more of Ron and Hermione — and who doesn't love that?

In this completely upsetting alternate ending, Voldemort wins the battle and kills every character we've ever come to love. As if that isn't bad enough, Voldemort takes over Harry's body by getting inside his mind. Don't read this unless you want to cry and or scream for hours, because it's brutally sad. If there's one bright side to it, it's that this definitely didn't happen, and that Harry is alive and well!