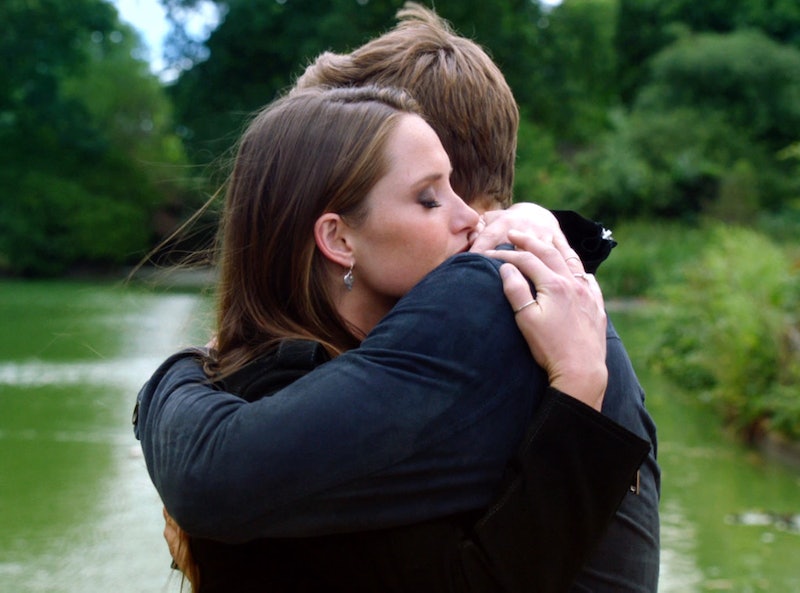 The second most important romance of The Royals (Eleanor and Jasper are number one) died a sad death in Season 2 when Ophelia and Liam were separated by the Atlantic Ocean. Yet, there's a slight chance that Liam could be with Ophelia again because the deputy prime minister offered a job to Liam in "And Then It Started Like a Guilty Thing" that would take place in New York City. While Liam is quite busy dealing with Domino and finding out who murdered his father, he could use the deputy PM's offer as an escape from the palace.

Rani, the deputy PM, is still trying to abolish the monarchy, but after Liam's inspiring video speech, she asked him to a confidential meeting. She knows that #KingLiam is gaining traction and that she should stay on the good side of the prince, so she asked Liam if he would be a cultural ambassador for Parliament. The catch? The job would be in New York City, where his ex-girlfriend Ophelia lives. (Never you mind that it makes no sense that the U.K. Parliament would have a job position in the U.S.)

Besides the fact that last time Liam went to New York he discovered that Ophelia was happily dating Nick, there's a more serious problem to them getting back together than her current boyfriend. In the Season 2 finale, Liam is going to discover that Ted Pryce, Ophelia's father, is the man responsible for killing his father, King Simon. Even though she is completely innocent of the murder, once he knows the truth, how could he ever look at Ophelia the same way? On the other hand, maybe when Ophelia finds out what her father did, she may want to reunite with Liam out of guilt. It wouldn't be a healthy way for them to rekindle a romance, but not many people on The Royals have the luxury of being in healthy relationships.

In the preview for the Season 2 finale, Eleanor was begging someone not leave her alone — and I think she was talking to Liam. While she told Liam in the Jan. 10 episode to go to New York and start over if it made him happy, she most likely will change her mind when she finds out that the head of security is the man who stabbed her father. As much as I like Ophelia and Liam together, Liam and his twin sister being together in this messed up time of their lives is way more important than Opheliam. So, for Eleanor's sake, Liam better reject the deputy PM's offer and stay in the U.K. But don't worry, that doesn't mean that Ophelia and Liam couldn't get together eventually.