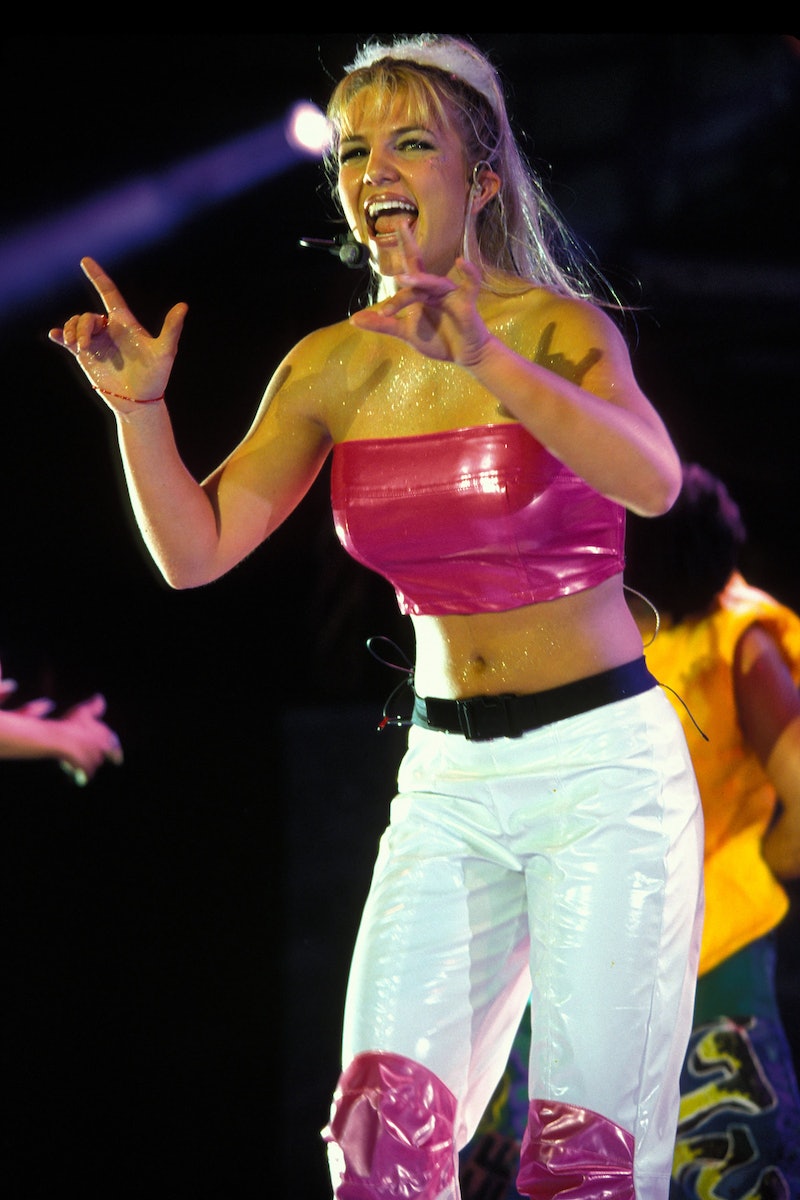 I think we can all agree that crop tops are having a major moment — and I think we can also agree that it's a prime example of everything old is new again. After all, you can't spot a major It Girl without a major Crop Top from Lupita Nyong'o all the way to Taylor Swift — and we definitively have the good old crop tops of the 1990s to thank for the current resurgence of the popular style.

After all, in the '90s, the crop top reigned supreme — they danced their way across MTV on every star from Beyonce to Britney Spears, and they ruled red carpets on every star from Gwyneth Paltrow to Reese Witherspoon (heck, they also dominated both the large and small screen on everything from Empire Records to Twin Peaks — but that's a story for another post).

So, to celebrate the crop top renaissance, why not take a little stroll down memory lane? This list includes the stylish (Drew Barrymore could really rock the whole grunge look back in the day), the nostalgic (Spice Girls, anyone?), and the downright insane (Sarah Jessica Parker has been bringing the awesome for decades now). Besides, really: does it get any better than browsing photos of your favorite stars of today and yesteryear in crop tops? I think not.

Bring back the bandana top!

In the '90s, Gwen Stefani was the queen of the crop top. How cool is it that, two-plus decades later, she still majorly rocks the style?

Rachel Green is somewhat iconic in terms of the history of the crop top — and so is Jennifer Aniston.

Gwyneth Paltrow is certainly polarizing these days, but she was never bigger than she was back in 1999 (aka the year she won an Academy Award. And, according to the brutal caption on this photo, failed to win a BAFTA).

Granted, only three out of five of the Spice Girls are wearing crop tops, but still. STILL.

Naomi Campbell was one of the top supermodels of the fitness-heavy '90s, and boy did she have the abs to show for it.

Let's make this the official petition for the next Draper James collection to include crop tops.

And last, but certainly not least?

As far as Britney is concerned, there are almost too many fab options to choose from — though this sparkly pink bandeau is admittedly tough to beat.

More like this
Britney Spears Met The Weeknd & Sam Levinson, So She May Actually Be On 'The Idol'
By Jake Viswanath
Britney Spears Thanks Fans After Miscarriage & Explains Why She's Writing A Book
By Jake Viswanath
David Schwimmer Doesn't Remember This Classic 'Friends' Episode
By Sam Ramsden
Iris Law's Skunk Mullet Is Not For The Faint-Hearted
By Tomi Otekunrin
Get Even More From Bustle — Sign Up For The Newsletter