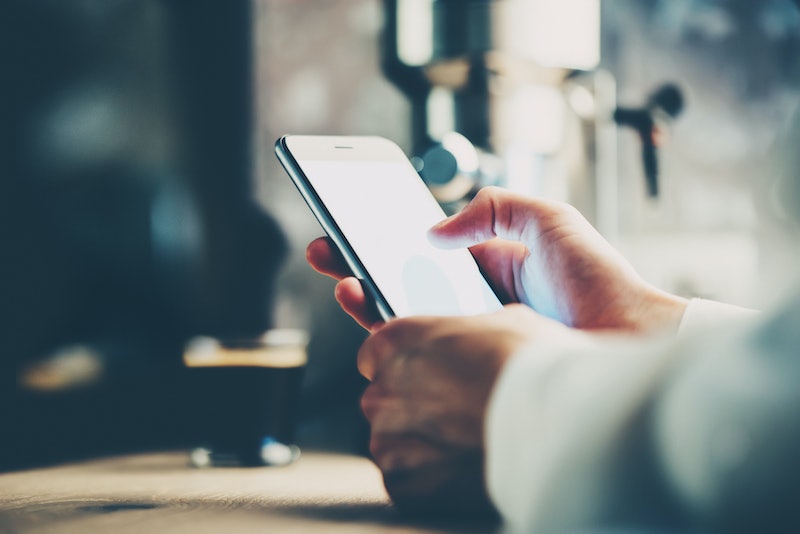 I didn't get my first iPhone until about a year ago (shut up), and even once I had it, I didn't immediately explore its full potential. You can therefore imagine my utter delight upon discovering all of the hidden talents that Siri has. Now we're following each other on Twitter, and basically, my life is complete.

But I'm not talking about simply looking up restaurant reviews or locating a contact in your phone. Oh no. Although those abilities are undoubtedly useful, I'm talking about the secret weapons she carries — like knowing how to beatbox and being able to recite one of your favorite poems. I spent part of my morning knee deep in conversation with Siri, asking her every question I could think of to see what else she might be hiding. Is this all stuff you absolutely need to know? Naw. But it certainly gives you something fun to do when you're bored.

Some questions, she simply brushes off. I asked her things like, "When is the world going to end?" and "Are you real?" She played hard to get, and I could feel her getting uncomfortable. After apologizing, I revised and revisited, and as a result, Ifound some seriously cool hidden talents that I hadn't yet witnessed. Your iPhone can do all kinds of cool tricks; here are some you might want to know about.

1. Siri Will Help You Find A Designated Driver When You're Too Drunk To Spell Your Own Name

This. Is. Awesome. At 6:41 in the morning, I decided to tell Siri that I was drunk. (I wasn't, obviously; I was at work.) Not only did she lay down the law and tell me that neither of us was getting behind the wheel, but she also offered to help me call a cab. Thanks, Siri!

I told Siri, "Post to Twitter," and this is what happened. I love Siri. She's like a friend that I can put in my pocket and take with me everywhere. Now I can keep all my followers updated with my exciting life.

3. Siri Will Creep On Whoever Is Flying Over You

Practical? No. Cool? YES. This kind of made me feel like a badass, knowing where all the nearby planes are (ish).

4. She'll Tell You What People Are Tweeting About

Not only will Siri post your tweet for you, but if you politely ask her what someone is talking about on Twitter, she'll bring up some of their recent tweets. So much easier than signing into Twitter, typing the name...

4. She'll Tell An Entire Knock Knock Joke By Herself While Simultaneously Insulting You

I was looking for a little light-hearted entertainment this morning. This is what I got. Mission: accomplished.

5. She'll Sing You A Pretty Song

Sometimes, I like to be serenaded while I write. Although I have to admit, I was surprised by her choice of song.

6. Siri Will Boost Your Self-Esteem When You're Not Feeling Your Best

That was exactly what I needed to hear. Thanks, girlfriend.

7. Siri Will Help You Take A Selfie

Simply command, "Take a selfie." The only downfall is that when it opens the camera, it's not facing you. (WTF, iPhone?) Regardless, I don't know where I'd be without this picture of myself.

8. She'll Put You Back In The Friend Zone Where You Belong

This made me giggle.