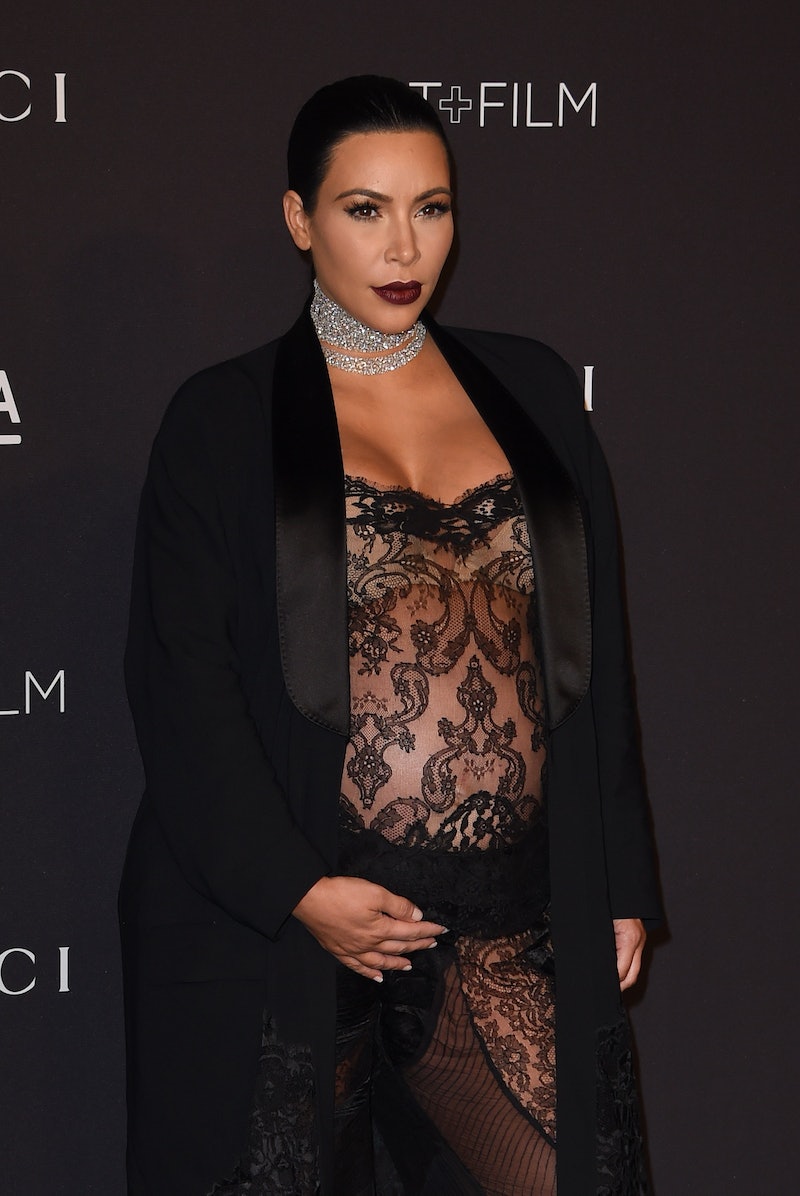 We've seen Kanye West's hints. They indicate that Yeezy Season 3 is coming in early February along with a new album, now known as Waves instead of Swish. But now we have some visual proof (we think) of Kanye West's latest fashion collection, courtesy of his "wifey." The rapper and designer tweeted a shot of wife Kim Kardashian, who has been laying rather uncharacteristically low since the December birth of their second child and son Saint, hashtagging it with #Wifey and #Season3 and nothing else. Kardashian also Instagrammed the same image in what appears to be a coordinated tease! Yeezy Season 3, which might be a bit more affordable than Seasons 1 and 2, looks a tad familiar.

Previous Yeezy Seasons were minimal and there is something to be said for consistency. Kardashian's all-black outfit looks much the same. But she is rocking the same French boxer braids she has been sporting since Saint made his grand arrival. Add the zip up, athletic jacket with the Adidas name, which is confusing since Adidas wasn't involved in Season 2, and a furry coat, which is another Kardashian staple, and the overall presentation is familiar. It's sporty but chic. I like it.

Ready for a peek at Yeezy Season 3, as provided by the man himself? Yeah you are. Kardashian's gaze is averted away from the camera, adding another element of mystery to Season 3.

His wife is his favorite model. He has been credited with elevating her to a more serious player in the fashion world. Is this the real deal re: Season 3 or is he throwing us off the scent? You never, ever know with West. He often indulges his creative whims and changes on a dime... like he just did with his album title, according to a tweet.

Kardashian also Insta'ed the same shot, so here's another look at her monochromatic ensemble.

She also shared this "Studio Vibes" shot, flanked by her sisters Kourtney and Khloe in the same ensemble. It was all about the simply but curve-hugging athleisure in this shot.

West had tweeted a close up of the piece of paper that's in front of them on the table.

So, it appears 'Ye is dually promoting the album and Season 3. Perhaps West will further add to the fashion hoopla that surrounds him by releasing some fresh Yeezy Boost 350 stock? Who knows. He is parsing out lots of info about his creative endeavors via social media.

But it looks like Yeezy Season 3 really is coming on Feb. 11.