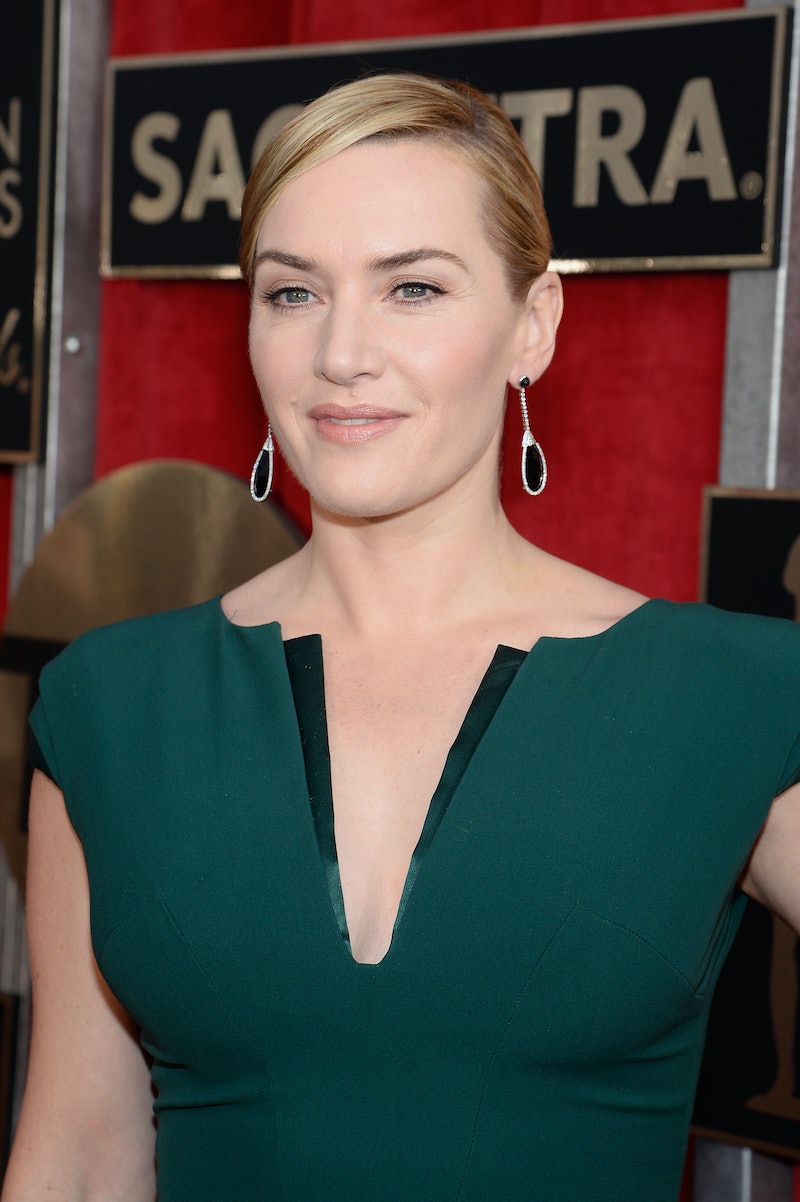 Proving that true love never dies and life really can be like a Nicholas Sparks' novel, Miley Cyrus and Liam Hemsworth are not only back together, but they're also engaged. (At least according to Us Weekly.) It definitely feels like the couple jumped into a time machine and it's 2012 all over again. Regardless, it's pretty cute they're back together — although not everyone thinks so. While on the red carpet at Saturday's SAG Awards, Kate Winslet revealed her daughter's crush on Hemsworth. In an interview with Entertainment Tonight, Winslet said her daughter Mia would probably be "very disapproving" of the relationship, explaining,

I'll have to run it by her when I get home. I just think she wants Liam all to herself, quite frankly.

On one hand, this is totally an embarrassing mom moment. Like, what 15-year-old wants her mother telling the world about her celebrity crush? But at the same time, it's incredibly relatable — who doesn't want Hemsworth all to themselves? All in all, it's adorable that Winslet's daughter has such a huge crush on her former co-star. In 2015, Winslet starred alongside Hemsworth in The Dressmaker. The two played love interests, and apparently at the time, Mia wasn't cool with that either. I mean, I imagine it'd be a bit bizarre to see your mom cozied up to your celebrity crush. The struggles of being a kid in Hollywood, huh?

Considering that Mia is a bit too young for Hemsworth anyway (given their 11-year age difference), clearly Winslet's comments were all in good fun. The 40-year-old also acknowledged the age gap between herself and Hemsworth, jokingly telling ET,

I was alarmed to discover, actually after working with Liam, that in fact he's closer in age to my daughter than he is with me, which makes me feel really young. Not at all.

That's pretty interesting to think about, right? But of course, let's not knock the real relationship happening here. Hemsworth and Cyrus seem quite content to be back together and more power to them. It's not often that celebrities reunite with their exes and everything goes smoothly, so this is definitely an exception worth applauding.

I just hope that Winslet doesn't bring Mia to a screening of The Last Song anytime soon — that would be way too much for her heart to handle.

More like this
Ryan Gosling’s Ken Just Got The Seal Of Approval From His Partner Eva Mendes
By Rachel Mantock
At 28, Emma Thompson Was Already A Star — But Unhappy In Love, Actually
By Olivia-Anne Cleary
Everything You Need To Know About The 'Knives Out' Sequel
By Grace Wehniainen
9 Photos Of Margot Robbie & Ryan Gosling As Rollerblading Barbie & Ken
By Alyssa Lapid
Get Even More From Bustle — Sign Up For The Newsletter