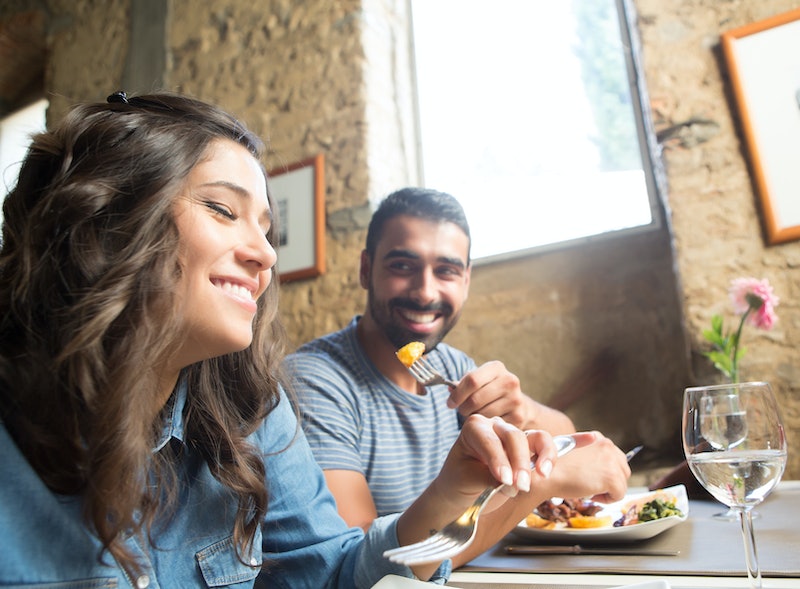 For the sixth year in a row, Match has released their Singles in America report. As is the case every year, the study exams the habits and dating styles of singles across the United States, covering every single topic you can possibly imagine. From politics to sexual kinks to who’s talking about having kids on the first date, the survey of over 5,000 singles leaves no stone unturned.

The 2015 survey was conducted in part of with one of my favorites, Dr. Helen Fisher. Dr. Fisher is the premiere anthropologist when it comes to love, relationships, and how we interact with each other on a biological and evolutionary level. (If you’ve never seen her TED Talk, "The Brain in Love," you really must.) According to Fisher, not only is this year special in that it’s an election year so conversation is turning toward that topic even in the dating world, but the results revealed “the pulse of the single’s psyche…and our basic human nature.”

Although the study unearthed some more serious topics, like the fact that Trump supporters want to have sex on film with you, it also found other things like what foods will attract a second date and why you should probably be ordering a drink. Fascinating, no?

Here are seven things to eat and drink on a first date, according to Dr. Helen Fisher and Match.

1. It’s Best To Stick To Burgers And Fries On A First Date

When it comes to first date food, 75 percent prefer to go to an American food restaurant. Sounds simple enough. Luckily, there are no shortage of these throughout the country.

But before you go to McDonalds, according to the survey, if you want to go on a second date, an expensive restaurant will up those chances by 50 percent. Basically, we’re talking about fries drizzled in truffle oil. OMG.

This is most especially the case if you’re out with a Republican. For the right wing crowd, chances for a second date go up by 122 percent, if the first date is some place pricey.

What kills me about dating is that drinking is pretty much expected these days. I have sober friends who have to go through the same spiel every time they go on a date about how they’re sober, why they’re sober, and how they’re not judging others for drinking. But because drinking is such an integral part of our culture, drinking cocktails gives you a chance at a second date by 137 percent. Beer and wine are OK, but not as memorable as cocktails apparently.

4. You Can’t Lose With Sushi

In one of the most random findings, eating sushi on first date is literally the best thing you can do.

If you’re not a sushi-loving kind of person and you’re a Republican, there’s still hope! According to Match’s survey, if you go out for Middle Eastern food on a first date with a Republican, your chances at a second date go up by 148 percent ― even better odds than sushi! Hummus, anyone?

6. After-Dinner Drinks Are A Good Idea

Although after dinner drinks won’t fail you, with them upping your chances of date number two by 59 percent, but no matter your political affiliation they play in your favor, too. With Republicans, after-dinner drinks increase a second date by 111 percent, and with the liberals, they up your chances by 81 percent.

7. No Matter What, Definitely Eat Or Drink Something

Even if you don’t feel like locking into a whole dinner for a first date, the survey says you should at least get drinks if you ever want to see that person again. As the survey found, if you skip food or drinks on a first date, you’re 107 percent LESS likely to get a second date. So, yes, going to an art exhibit hungry, might seem great in theory, but in the long run, not so much.