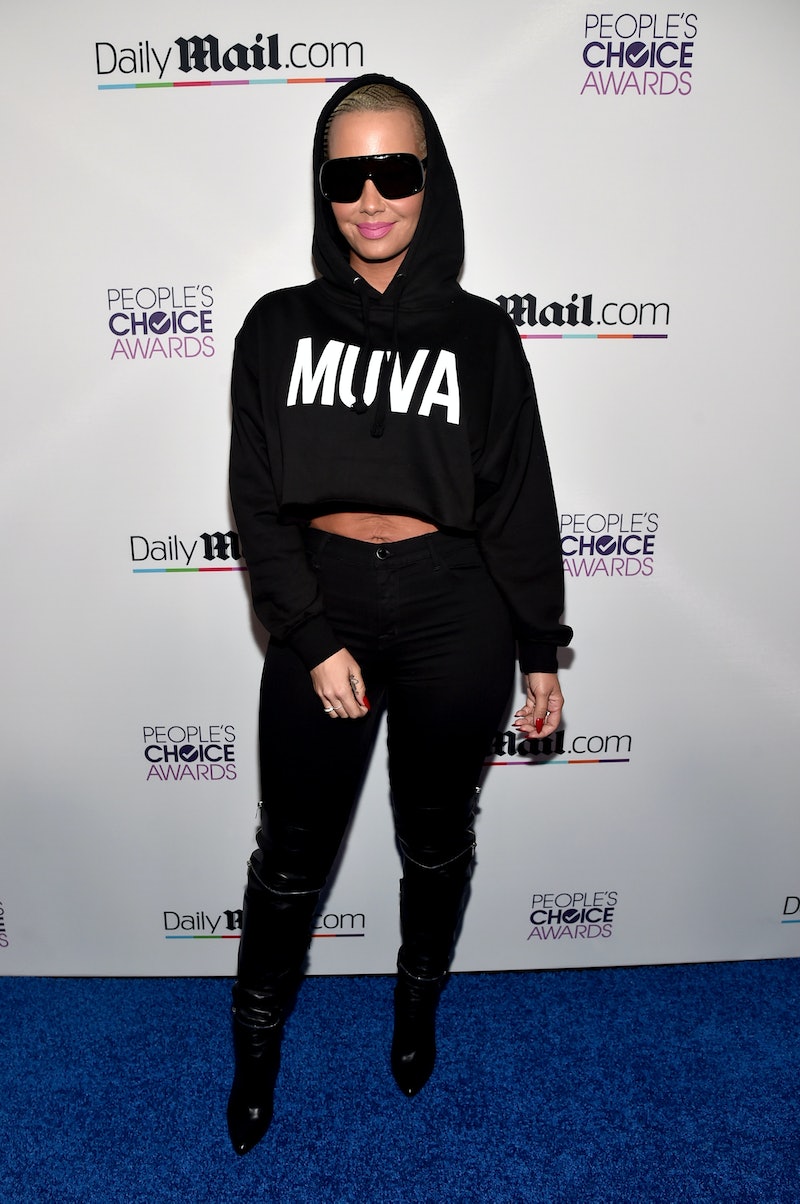 I must be out of touch with reality, because a celeb started using a new slang word and I just learned of it this morning. Amber Rose is getting credited with bringing this one into the spotlight, but what does "muva" mean, anyway? Before I got that far, I first went on the hunt to figure out how to pronounce it in the first place. I assumed it was muh-vuh; but it could also be moo-vuh. Which then made me think of "mover," and I thought maybe it had something to do with dance or moving vans. Probably moving vans. Sorry to say that I was way off. "Muva" is actually a slang term for "mother." Ah. Problem solved.

That's what Urban Dictionary says, anyhow, and Urban Dictionary usually knows what's up. It makes sense, too, because Rose has referred to herself as "Muva Rosebud" — or "Muva" for short — on social media. Some are likening this to the way Beyonce is referred to as "Queen Bey" and Lady Gaga is often called "Mother Monster." Kind of makes me wonder when we stopped referring to people by their first names. From here on out, I would like to go by "Her Royal Highness."

The term has become so popular that Rose even worked it into her clothing line. That's a pretty cool hoody there, Amy Schumer.

Whether you love or hate Amber Rose, you can't deny that she knows how to turn heads. She also loves her fans, whom she affectionately refers to as "rosebuds." Kind of like Gaga's "little monsters." That's precious.

Lately, she's been making headlines not just for her creative use of language, but also for revealing her ex-flame's supposed... *ahem*... bedroom proclivities, then snapping a pic with his wife, Mrs. Kim Kardashian West. I'm so confused.

One thing's for certain: I can appreciate Amber Rose's efforts to empower women as a sex-positive female (her L.A. SlutWalk was a huge success), and How to Be a Bad B*tch is definitely on my reading list. Her TIME essay, How I Learned To Stop Caring What Other People Think, was rather insightful, as well, and she has frequently urged us to take a less judgmental approach to life and people. Can't argue that! Muva Rosebud, I salute you.