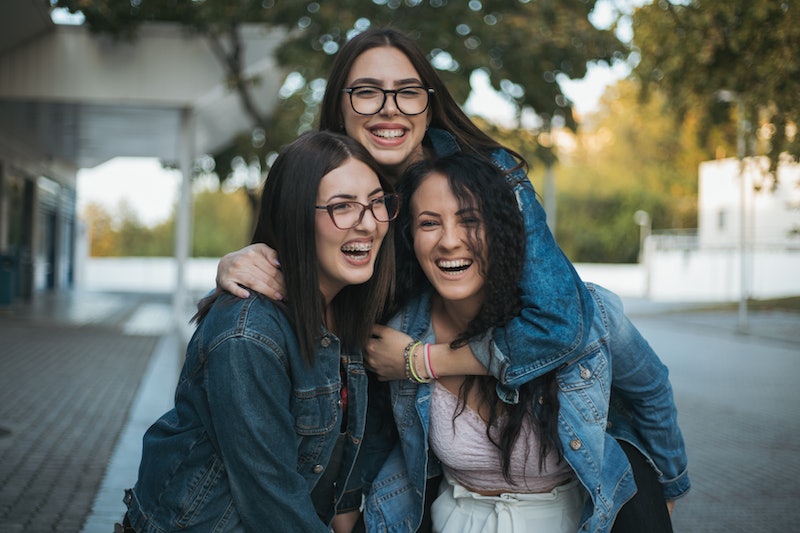 I'm a grown woman, and I can't figure out what the majority of today's slang means; can you imagine what we would have thought today's common slang words meant in the '90s? Things were so simple back then. We had Clueless completely redefining English for the younger generation with exclamations like "As if!" while also making us look differently at knee-high socks. We stole "Did I do that?" from Family Matters' Steve Urkel and that was the end of it. Those were the days. Alas, the generation of hoverboards, smartphones, and Instagram is among us, and things are not the same.

If you thought you were hip back in the '90s, today's youngsters would probably laugh in your face and say something to the effect of, "You're dumb AF. I literally can't." And you'll wonder, "Are they still speaking English?" Words have been shortened to abbreviations and acronyms, and everything sounds funny. The following is a compilation of some of 2016's favorite slang terms so far. You'll laugh. You'll cry. And deep in your heart, your '90s self will probably sigh in confusion. Let's rewind about two decades (holy moly) and see what our '90s selves would've thought of today's slang.

You know when you're at the dentist and your mouth is full of cotton balls and you have the little spit sucker hanging out one side? Back in the '90s, when this was me, and when my dentist would ask if I was doing all right, I'd mumble, "Yaaaas."

Af? What is an af? In the '90s, if someone had instant messaged me saying, "Billy was cute AF on the playground today," I probably would've sat there for the next 20 minutes saying, "Cute af... cute af... I don't get it."

"On fleek" is a way of saying that your game is strong or on point; it all started with one stupendous set of eyebrows. However, '90s me probably would have thought it was the street name for a new drug. "Johnny was on fleek last night." Yikes. Johnny should make better choices.

Before anything else. Aw. Sweet. Except no. Are we getting that lazy that we have to abbreviate everything? '90s me would have taped a Kick Me sign to the back of any person who used "bae."

Can't... what? Can't wait to watch the next episode of Full House? Can't find your Polly Pockets? Can't remember where you left your scrunchie? '90s me is getting impatient.

"That shirt doe." Ah, careful, young one. We are not referring to a female deer, although that's what the studious '90s me would've thought.

"Turnt up" means to get crazy and wild, usually at a party, often intoxicated. '90s me never got turnt up, so we can move along.