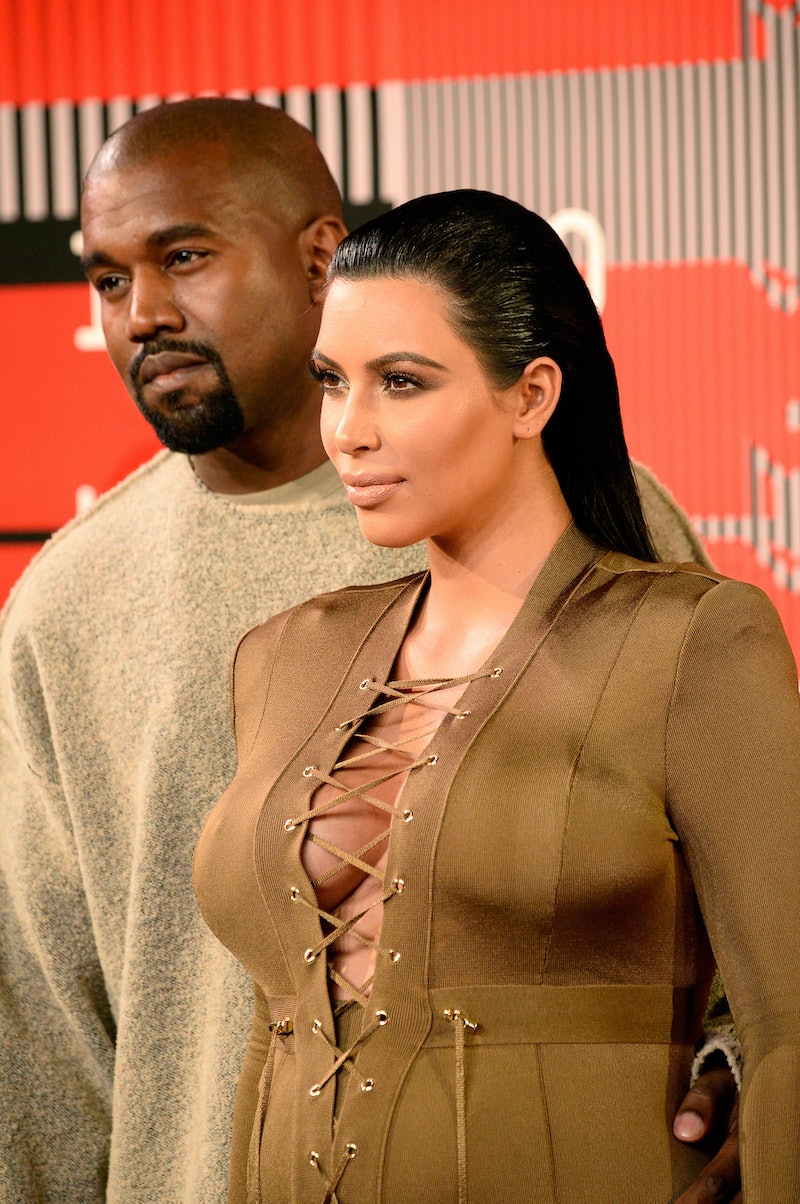 Well, that is quite unexpected and different but... not really. Kim Kardashian shared a photo of Yeezy Season 3 booties and they are quite unlike any of the previous footwear that her husband has designed. These are fashion girl-appropriate. Kanye West has been furiously tweeting photos from Yeezy Season 3 fittings for NYFW. The clothes suggest he has gone in a different direction with the new collection, as Seasons 1 and 2 very super similar. These boots don't look like the sneaker unicorns known as the Yeezy Boost 350s nor or are they similar to the more rugged (and waterproof!) duck boot style of the Yeezy Boost 1050s, which 'Ye also tweeted. Still with me?

These booties are super sexy and fashion-y, just like some of the more ornate and decorated pieces West blasted out to the Twitterverse earlier this week. They appear constructed of a see-through yet black material, with a chunky heel and a pointy toe that even looks a bit, well, hoofed, although that might just be the angle of the photo. Sure, you could totally pump up an athleisure ensemble comprised of leggings and a hoodie, a la Season 1 and 2 offerings, with these booties.

Kardashian tagged them as Yeezy Season 3 so we can assume that's exactly what they are. Let's see these babies.

Not what you were expecting, right?

Here's a Yeezy Boost 350, which is the ultimate in street wear and athleisure. They can be dressed up or down.

His booties remind me a bit of the baby blue Dior booties that West's sister-in-law Kylie Jenner once wore. West is all about his wife's youngest sister right now, as he went nuclear when rumors that she would be a Puma spokesmodel began circulating. He shut it down and put the sneaker brand on blast, claiming she is firmly Team Yeezy.

These are the pastel booties Jenner wore in September. The shape is similar but the color makes the Dior pair more "mod" and '60s, whereas West's black pair is more rooted in a modern look.

Overall, though, West has taken a sharp shift with his footwear, moving from his Boost sneakers to women's booties. I like what I am seeing.