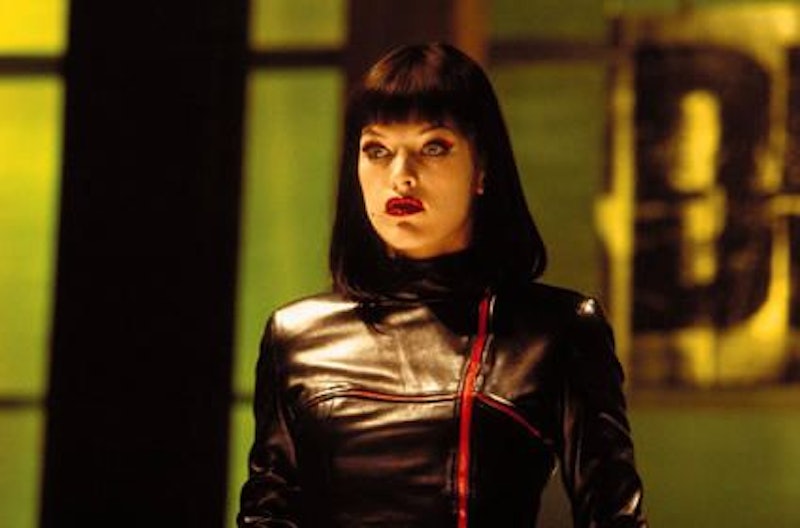 Everything that's old is new again, at least in comedy. Following in the footsteps of long-delayed sequels for classic funny movies Anchorman and Dumb & Dumber, Zoolander 2 has arrived as the latest exploration in cinematic comedic reunions. And just as in those two films' sequels, the next Zoolander is doing its best to bring back as much of the original cast as possible. That includes Ben Stiller as the title character, Owen Wilson as his BFF Hansel, Christine Taylor as Zoolander's love interest Matilda Jeffries, Will Ferrell as the villain Mugatu, Nathan Lee Graham as Mugatu's assistant Todd, Justin Theroux as the evil DJ, and even Billy Zane is back as... Billy Zane. But what about the vicious henchwoman Katinka Ingabogovinanana? Is Milla Jovovich in Zoolander 2 ?

Although she was not announced as being a part of the cast like all of the other actors I just listed, Jovovich did indeed return for the sequel. Since the film's premiere, her name has been added to the cast list on IMDb (along with loads of other cameos) where it didn't appear before, and she is listed as an official member of the cast on such reputable sources as The Hollywood Reporter. So that's certainly good news for fans of Russian accented, ass kicking, K-Mart bashing fashionistas, but what will Katinka be doing in Zoolander 2 ?

That remains a mystery. Although the trailers have been pretty up front about what's going on with most of the old characters: Derek and Hansel are over-the-hill and out of modeling, Mugatu has been in prison all this time but has now broken out to find Todd waiting for him, Evil DJ is still spinning "Relax" on vinyl... they've been scarce on the details with a few. One of these characters is Matilda, leading to lots of speculation about whether or not she and Derek are still together (or if she's even still alive), and the other is Katinka. When fans last saw the character, she was getting beaten up by Matilda at the climactic fashion show where Derek saved the Malaysian Prime Minister from being assassinated. Her boss Mugatu was arrested, but it looked like Katinka may have gotten away. So what could she have been doing for the past 15 years?

One likely possibility is that she has been in the employ of Kristen Wiig's character, Alexanya Atoz. Alexanya and Mugatu seem to be cohorts, and lovers, so since it's known that Katinka works for one, it's entirely possible that she also works for the other one. Another possibility for the character is that she shows up to aid Derek and Hansel against evil. Perhaps she has reformed in the decade and a half since the original film and is now opposing the evil fashion industry she was embodied. That could make for a nice, unexpected twist.

Frankly, I'm glad that Jovovich's role in Zoolander 2 hasn't been spoiled. Just knowing that she's returning as Katinka is enough to get me into the theater, and I'm psyched to discover what she's been doing for all these years. But as far as what I hope she's doing in the new movie, well, let's just say I would love to see her working at a K-Mart.