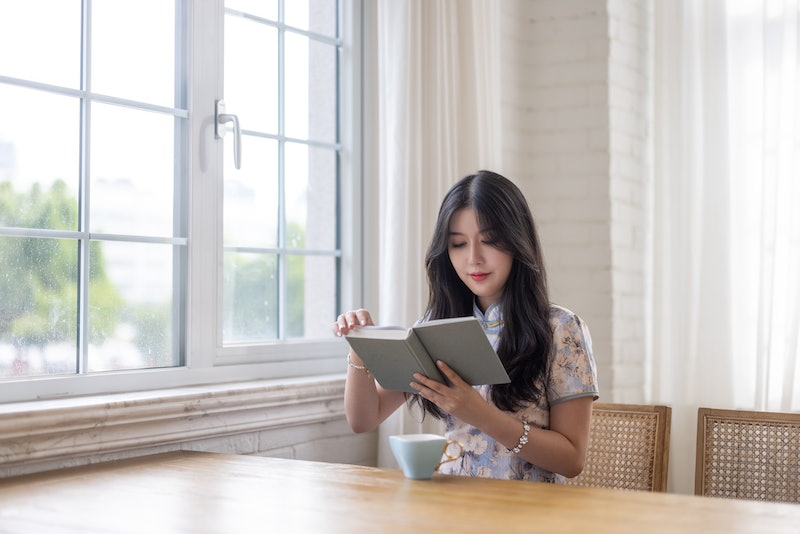 To be clear from the get-go: there is nothing inherently unhealthy about being an introvert. In fact, studies have shown that the majority of introverts are more successful, score higher on intelligence tests, and tend to be more focused than the majority of extroverts. They're also great listeners, and they're often very good managers at work, too. Additionally, the stereotype that introverts are antisocial isn't true, either; research suggests that introverts are actually really good at maintaining close friendships.

And though it shouldn't need saying, I'll say it again: introversion isn't the same as being shy or having social anxiety. Though an introvert can also be shy or experience social anxiety, all introversion means is that you're less interested in social activity and more interested in alone time than extroverts. Introversion is not a sickness, a pathology, or an impediment to having a fun, fulfilling life in any way.

That said, sometimes introversion can be unhealthy if you believe it to be a defect or problem that you need to overcome. Speaking from experience, I know that fighting your introversion, or beating yourself up for being an introvert, can cause a whole lot of unnecessary stress and unhappiness. According to a recent study, one third to one half of Americans are introverts; but since introverts get such a bad reputation for being antisocial weirdos, many introverts successfully pass themselves off as extroverts.

That said, in my experience, if you're mostly introverted, and you beat yourself up for it rather than finding a way to own it, you might find yourself developing some social anxiety and depression due to your lack of self-acceptance. On top of that, even if you own your introverted ways, if you never take a break from all of that inward focus, your mental and emotional health could suffer. So if you've been wondering if you are being too hard on yourself for being an introvert, read on. You don't need to change — you just need to accept yourself.

1. When You Do Something Socially Awkward, You Dwell On It For Days

Everyone — whether they're introverts, extroverts, or somewhere in between — can be socially awkward at times. However, since introverts are often already labeled as socially awkward before they even open their mouths, I feel like most introverts put extra pressure on themselves to not be awkward. Unfortunately, in my own social life, this self-inflicted pressure is usually the direct cause of my most socially awkward moments. Often, these moments can lead to days, and even weeks, of me berating myself for the awkward things I sometimes do in the social settings when I'm uncomfortable.

I know it's easier said than done, but don't punish yourself for being occasionally awkward. Instead, try to laugh about it, and remember that no one else is dwelling on your social faux pas as much as you are. And if you find that thinking about awkward moments is really interfering with your life, you might want to talk to a mental health professional; having a hard time controlling your worries can be a sign of generalized anxiety disorder, or another mental health issue.

2. You're So Worried About Being Perceived As A Weird Loner That You Try To Force Yourself To Be Extroverted

I'm not saying introverts should never push themselves to attend social events that they're not really feeling up for going to, and I'm by no means saying that introverts should never step outside of their comfort zones, either. Actually, studies show that pushing yourself to act more outgoing once in a while is good for everyone — whether you're an introvert or not. However, part of finding happiness as an introvert is accepting that you're an introvert, and then celebrating all the reasons why that's awesome.

The whole reason introverts can't seem to keep up with the social lives of extroverts is that the over-stimulation and near-constant social activity that extroverts thrive off of is exactly what usually stresses introverts out.

So if you're not feeling a party, leave it. If you'd rather have a deep conversation with one or two people at a party instead of working the room with surface chit chat, do it! You'll feel happier, and it's a much healthier option than trying to be someone you're not.

3. You're So Afraid Of Confrontation That You Won't Even Send Food Back At A Restaurant

I've certainly been guilty of this one myself. Of course, part of my reasoning for this comes from my fear that pissing off my server will lead them to somehow negatively impact my experience at the restaurant; but it's also just because, as an introvert, I hate confrontation.

To be fair, I don't think anyone really enjoys confrontation, unless they're just super toxic. But since introverts usually have a difficult time speaking up in the first place, confrontation can be extra hard for us. If this is the case for you, I get it. But that doesn't mean it's healthy for you to go through life keeping your mouth shut. Don't allow yourself to be so afraid of causing a scene that you don't ask for what you need — whether that's a vegan burger instead of an all-beef one, or a raise, or better sex.

There is absolutely nothing wrong with wanting your alone time to outweigh your social time. Period. Introverts genuinely need their alone time. Solitude is crucial for us, because while social interactions may energize our extroverted loved ones, they drain us introverts.

So don't feel guilty for loving your alone time so much that you occasionally turn down invites to go out. If you're failing to give yourself the solitude you naturally require to re-charge your batteries, know that this is not only unnecessary, it's unhealthy.

5. Sometimes You're So Afraid Of Being Judged That You Don't Socialize, Even When You Want To

If you're so concerned about how your introversion is coming off in social settings that you've started avoiding them almost completely, even when you really don't want to, then it is time to start thinking about ways to embrace your identity as an introvert more — because feeling this much shame and fear about it can become very unhealthy. Trust me, I know. I've done this more than once since I moved to New York, and it's only succeeded in making me feel way more isolated than I already do.

Take it from someone who's been there: you never need to become so self-conscious about being an introvert that you don't act on your already-rare desires to socialize in group settings. I know it's hard sometimes, but just be your weird, awkward, introverted yourself! Not that this really matters, but chances are, the outgoing extroverts you meet will probably find your quirkiness more endearing than off-putting anyway. Or, they simply won't give your unique brand of introversion a second thought, because they'll be too busy being extroverted.

More like this
These 4 Zodiac Signs Have Naturally Inquisitive Souls
By Nina Kahn
Phoebe Bridgers & Paul Mescal's Zodiac Signs Make So Much Sense Together
By Brittany Beringer
Emily Ratajkowski & Pete Davidson's Astrological Compatibility, Revealed
By Nina Kahn
Are Sagittarius & Capricorn Compatible In A Relationship? Astrologers Weigh In
By Kristine Fellizar
Get Even More From Bustle — Sign Up For The Newsletter