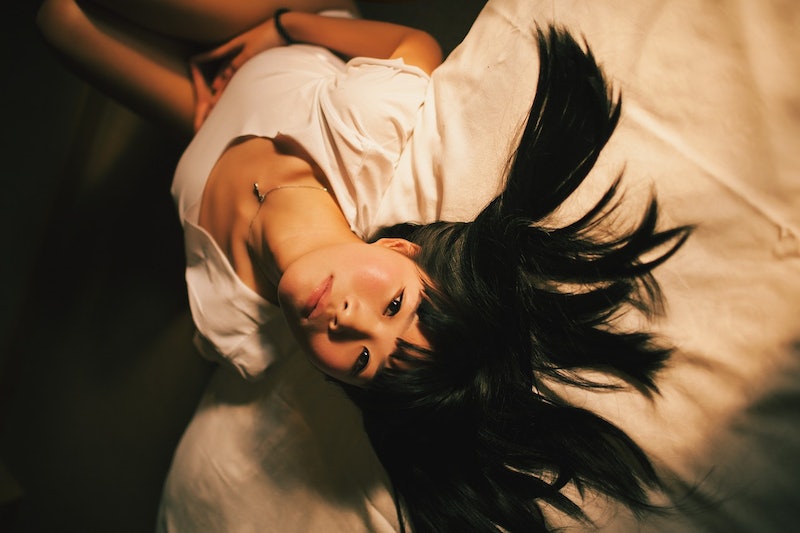 Even for the most experienced sex goddess, there are some weird things about sex that are pretty confusing and hard to understand. Women (and men) can use their brains to bring themselves to orgasm, for example. Or learn how to squirt. Men can have multiple orgasms just like women. And what is up with BDSM? All of these ideas were raised by Astroglide's resident sexologist and host of Playboy TV's Swing, Dr. Jess O'Reilly, who is also the author of The New Sex Bible: The New Guide to Sexual Love. I asked Dr. Jess to share eight things about sex that are mysterious, puzzling or just plain strange. Then I sent those eight concepts to Tantra-trained relationship and sex coaches (and married couple) Patricia Johnson and Mark Michaels, who are the co-authors of several books, including Designer Relationships: A Guide to Happy Monogamy, Positive Polyamory, and Optimistic Open Relationships and Partners in Passion: A Guide to Great Sex, Emotional Intimacy, and Long-Term Love.

This collaboration resulted in quite a fascinating exploration of sex and all its oddities. One thing is for certain: 100 years is not enough time to uncover everything there is to know about sex, but it's certainly worth trying. Like everything else, sexual discovery is all about the journey. My two cents? Slow down, pay attention, ask questions — and revel in the process.

"You can ejaculate while having few, if any orgasmic sensations," they say. "Wet dreams are an example, and premature ejaculations can take place with little or no associated pleasure. By the same token, orgasmic sensations can be experienced with no ejaculation." Lots of pleasure- and spirituality-based ideas are formed around this, aka the Kama Sutra, orgasmic meditation, etc. "The easiest way to learn to do this is to bring oneself to the very edge of an ejaculatory orgasm," say Johnson and Michaels, "then stop the stimulation just before the point of no return. At this point imagine that the orgasm is traveling upward and inward within the body. With time and practice, many people can learn to have full-body, non-ejaculatory orgasms." Sounds fun. "Neo-tantric techniques involving pelvic rocking, breath work and pulsing the muscles of the pelvic floor are another route to having non-ejaculatory (and sometimes erection-free) orgasms."

Interestingly, this type of pleasure means that sexual sensations do not have to be contained within the genital region: "There are cases where men with full spinal injuries can develop the capacity to experience orgasm through stimulation of other sensate parts of their bodies, the thumb for example," say Johnson and Michaels. "The real key is to recognize that this is possible, and then to use the imagination to make it so." The power of the mind should not be underestimated. There's also something known as a "skin orgasm."

2. Some Women Can "Think" Themselves Off

"I participated in a Rutgers fMRI study during which images of the brain were taken when subjects imagined a stimulating act," says Johnson. "This was then compared to how the brain responded to actual touch. Dr. Nan Wise is discovering that the brain in fact doesn’t distinguish between the two." Indeed, it's totally possible to have a "hands-free" orgasm — wet dreams (for men and women) are a prime example. "I became fully aware of my own capacity to think myself off during the study," Johnson says. "Although I had experienced hands-free orgasms previously, I hadn’t really recognized that I could generate them with my mind alone."

Though some may write this off as a talent reserved for specific people, this may not be so, says Johnson. "As Nan continued her research, she sought out others who have the same capacity. At this point it’s unclear how many people have this ability, but we suspect it’s a skill set that can be developed." Like tennis and the violin, this kind of thing takes practice. Add it to the to-do list!

3. Part Of The Brain Actually Shuts Down At Orgasm

"As far as we’re aware, this is unproven," say Johnson and Michaels. "The field is rapidly evolving. And a thorough review of the literature would be necessary before making such a categorical statement." That said, this was at least at one time a widespread belief. The French for "orgasm" is "une petite mort," or "a little death."

This came from the belief that one had a "tiny death" at the moment of orgasm — a blank space of the mind. It's easy to understand how such an idea came to be — for many, there truly is a moment of quiet transcendence at orgasm, a wave of pleasure and peace that could be described as akin to a momentary loss of consciousness. Some men report an even more acute version of this than I've heard from women. In any case, science may not stand behind this theory, but experiential evidence points to some sort of evanescent microsecond of saying "peace out" to the outside world.

5. You Can "Milk" The Prostate To Orgasm

"The nerves around the prostate play an important role in erection and orgasm," say Johnson and Michaels. But don't go overboard or get excited, er, prematurely, they say: When "stimulating the prostate, it’s important to build a high level of arousal before penetrating the anus, and we don’t advise people to engage in prostate stimulation without simultaneous penile stimulation and lots of lube." Once all of that is in place, go for it, they advise. "Prostate massage is intensely pleasurable for most. As with G-spot stimulation, it may take some time for the receiver to recognize the sensations as being pleasurable, and the ejaculatory orgasms produced by prostate massage are perhaps the most intense that can be experienced." So proceed with caution, tread lightly, go slow — and, if applicable, luxuriate.

6. Pain During Sex Can Be Pleasurable

Thanks to Fifty Shades of Grey, this is no longer news to most, but it's worth exploring why this is so. "For many people, playing around with sensations of pain during sex — through being bitten, having hair pulled, or being spanked, for example — can be a huge turn-on due to the interplay between the sensations," say Johnson and Michaels. This type of behavior can lead to even more pleasure via momentary diversion, they say: "Sometimes pain can distract a person from pleasurable sensations and thereby facilitate reaching even higher states of pleasure." Science's take on this? "There’s overlap between the brain areas that are activated by orgasm and those that are activated by physical pain, and it’s been suggested that sensitivity to pain may be reduced during sex as a result," Johnson and Michaels say.

To be clear, "this should not to be confused with painful sex, which may be caused by a serious health problem or require work with a trained sex therapist," they say. "At best, it is a sign of very bad technique and insufficient lube. If you’re having painful sex, see a doctor."

8. Men Can Have Multiple Orgasms

"A very small minority of men (fewer as they get older) can have two or more sequential orgasms without losing their erections," say Johnson and Michaels. "But most multiple orgasms involve one ejaculation or no ejaculation at all." (See the first item on this list.) It usually takes time for a man to have an orgasm without ejaculating, but it is possible. "This is a skill set that can be developed, once you’ve learned to distinguish between and separate orgasm and ejaculation," they say. "The first step is knowing that it is possible." And the second step, as is the case with many of the things on this list, is practice. Enjoy the, um, un-dress rehearsals, and remember that none of this leads up to a final performance.

Want more of Bustle's Sex and Relationships coverage? Check out our latest video on sex positions for small penises.