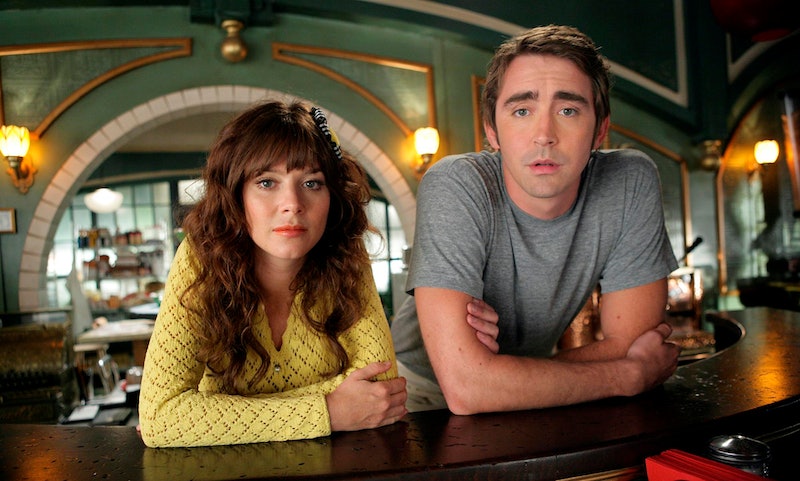 Among fans of Bryan Fuller's majestic two-season wonder, Pushing Daisies, what I am about to say is akin to heresy: two seasons was perfect for Pushing Daisies . I know everyone wanted more. That is the way of cult favorite shows because they generally are limited to a season or two, fans are left wondering "what if?" What would one more season have brought? How would the characters have changed? Who would have ended up with who?

Pushing Daisies is different, though. It was charming and whimsical in all the best ways, and it had a mystery of the week style that could have sustained the series for more seasons. I am convinced Pushing Daisies would have lost some of its magic if Pushing Daisies had went on much longer, though. As it stands, the show has two perfect, albeit short, seasons of television as comforting as fresh baked apple pie. There is a beginning and end, and none of the characters overstayed their welcome.

If Pushing Daisies had continued on for a Season 3 or Season 4, much of what you loved about the show would have ended up sabotaging it. Pushing Daisies wasn't built to run forever, and even though I am sure Fuller and his team could have produced more amazing, even iconic episodes, ultimately two seasons of Pushing Daisies was the perfect helping.

1. The Ending Allowed The Series To Tell A Complete Story

Fuller and his team were not given a lot of advance notice that Season 2 would be the last, but they were given enough to craft a beautiful ending (which is where things begin) featuring the Narrator revealing where each of the character's lives went next. It's a fairy tale sendoff for a show that was always a fairy tale at heart.

2. Chuck & Ned's Inability To Touch Would Have Eventually Lost Its Novelty

Chuck and Ned found some truly endearing ways to express their affection for one another without actually touching, but if the series had continued, the need to either find a way for the pair to touch or continue to stretch out their inability to be physically intimate would have felt like a chore.

3. The Core Mystery Was Very Complicated

Pushing Daisies' only tough spot was the very complex mystery surrounding Chuck and Ned's families. From the truth about Chuck's parentage to her father's conning ways, the show only ever dragged when it focused on the soap opera style secrets in Chuck and Ned's pasts. Too much more of that kind of storytelling would have tainted an otherwise beautiful story.

4. Pushing Daisies Was Not Built To Sustain Conflict

Eventually, all shows need a source of conflict, but Pushing Daisies did not excel at creating organic conflict. I imagine future seasons would have strained to find ways to pull the gumshoes apart and then bring them back together, but that never would have been as much fun as watching the characters all work as a team as they did for most of the series.

5. The Romantic "Triangle" Was Resolved In A Positive Way

Two seasons was the perfect amount of time to move Olive past her crush on Ned and into a bright future. I cringe when I think about the way the Chuck, Ned, and Olive "triangle" could have continued to rear its head if the show had continued.

6. Ned's Secret Would Have Eventually Come Out

If Ned's secret had been revealed, the show would have had to get darker. Can you imagine people finding out about Chuck? There would have been rioting and possible pitchforks. I don't need an overtly dark version of Pushing Daisies in my life.

7. Happily Ever After Actually Worked For Pushing Daisies

Not many shows can wrap with a happily ever after and have it feel satisfying, but for Ned, Chuck, Olive, Emerson, and the Aunts the happy ending felt deserved.

8. The Show Was Allowed To Maintain Its Quality

Low-rated, but beloved shows almost always end up falling prey to meddling networks if they earn too many renewals. Pushing Daisies was allowed to stay true to itself throughout its two-season run.

9. There Was No Reason To Over-Explain Ned's Gift

Ned's gift was allowed to be a heartbreaking, but necessary part of who he was without any need to explain where it came from or why. With more seasons comes the need for more story, and it is likely Ned's gift would have been explained, and the show would have lost a bit of its magic.

10. Ned Never Had To Encounter Any Zombies

I love Fuller, and I think he is an actual genius, but if zombies had ever showed up on Pushing Daisies, I would have rioted.

11. Loving Pushing Daisies Is Like Being In The Best Kind Of Club

Two seasons of warm, layered storytelling with inventive characters and majestic cinematography led to a beautiful show precious few people know about. Pushing Daisies' cult status means it will live on forever with its reputation untarnished. As it stands, people will keep on discovering The Pie Hole for years to come and they will never have to worry about encountering a bad episode or a moment when the series stopped being true to its eccentric self.

Pushing Daisies is proof that less is more when a story can be told in its entirety and leave you feeling satisfied.