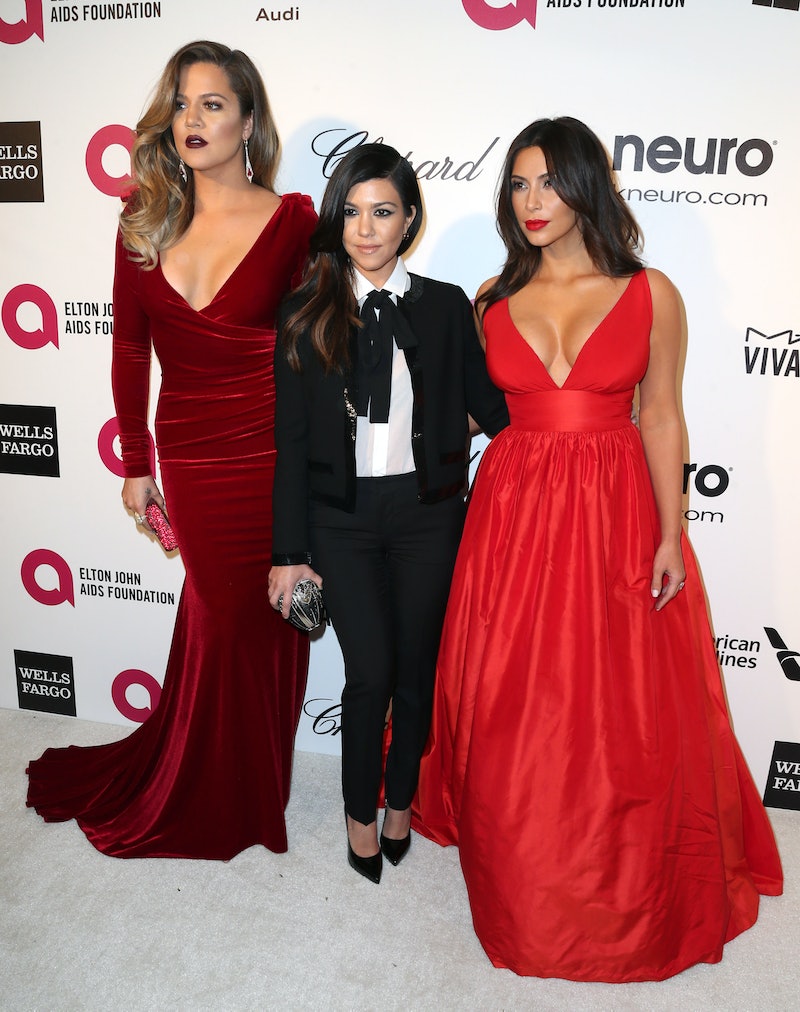 It seems like every other day the Kardashian-Jenner family is celebrating a birthday. That's hardly an exaggeration, considering there are so many of them. Even sometimes friends count as family, like on Sunday when the whole group got together for Kim Kardashian's BFF Jonathan Cheban's birthday. Then the very next day, they paid tribute to another special occasion: the birthday of the late Robert Kardashian, or Kris Jenner's first husband and Kim, Kourtney, Khloé, and Rob's father. As anyone who's seen Keeping Up With The Kardashians knows, it was a devastating loss for the family when he passed away from esophageal cancer in September 2003. On Monday, the family celebrated what would have been Robert's 72nd birthday. Kim wrote on Instagram,

Happy Birthday dad! So much has gone on in our lives since you've been gone, and I know you have been my guardian angel seeing it all unfold! I love you and miss you so much!

She also chose to memorialize the occasion by sharing the first photo of her son Saint West. Definitely a heartwarming, full-circle moment. Although most people know Robert as the lawyer during the O.J. Simpson trial (who's played by David Schimmer in American Crime Story: The People Vs. O.J. Simpson ), to the family, it's clear he was much, much more. Kanye West even recently honored Robert by wearing a t-shirt with his face on the back at the Yeezy Season 3 fashion show and album listening party.

Here's a round-up of the family's sad yet sweet tributes to Robert.

There's no denying that Kim's message is heartfelt. Between now and 2003, so much has gone on with the Kardashian fam and it's sad to think he wasn't around to watch it all happen.

Among the messages, Kourtney's is probably the most bittersweet, especially since she writes, "I know you are with me but I wish I could hug you."

Khloé's birthday post breaks my heart. Considering her recent breakup and other relationship drama, the fact that she dubs him "the best man I've ever known" is fitting.

Admittedly, I never realized before that Kendall and Kylie Jenner would have been around to meet Robert, but considering they were born in 1995 and 1997 (respectively), it totally makes sense.

Kylie shared a photo of Rob with his dad. Not only do they have the same name, but as she points out, the resemblance is uncanny.

R.I.P. to Robert. Clearly it's a devastating loss, but it's sweet to see his memory lives on through his family.