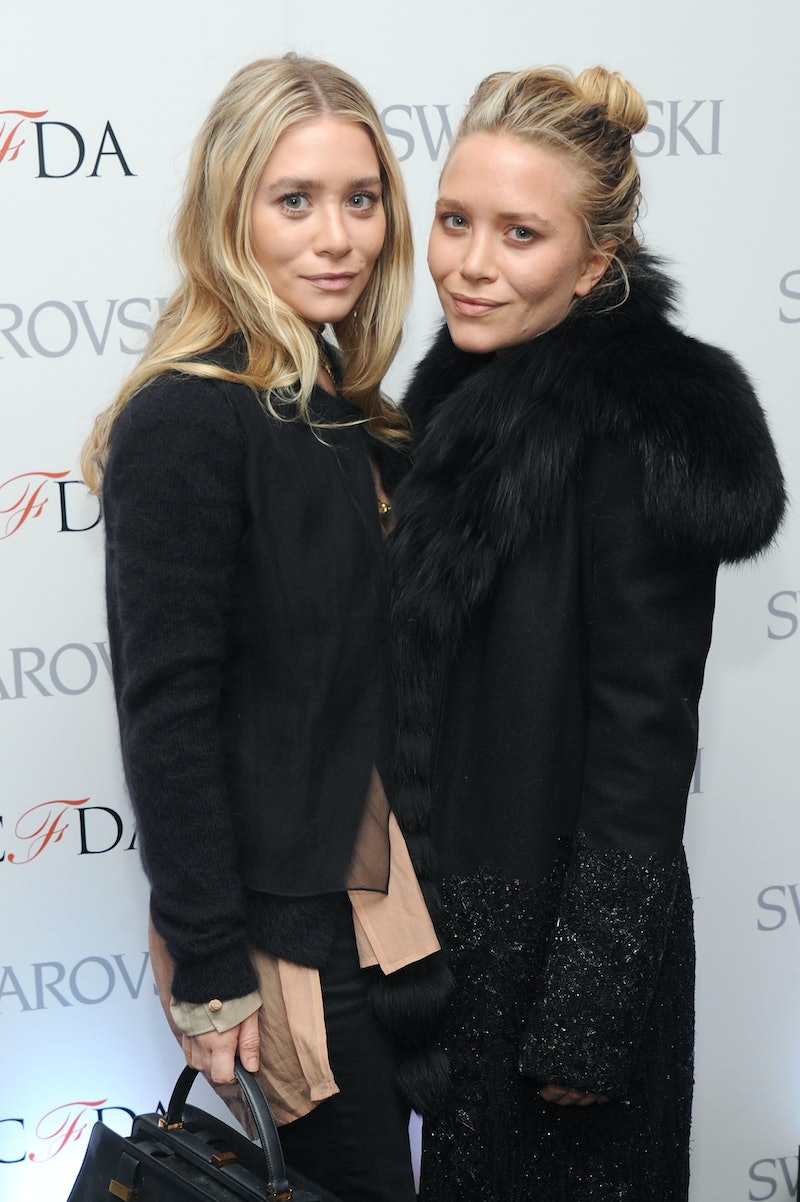 When it was first announced that all of our '90s sitcom dreams were coming true and Full House was getting a sequel series on Netflix called Fuller House, the next thing we needed to know was, of course, who would be coming back. With most of the Full House cast returning for Fuller House , the Olsen twins — who jointly played youngest Tanner daughter Michelle — are the only cast members not reprising their roles from the '90s sitcom. But, will Mary-Kate and Ashley Olsen watch Fuller House in a display of support for their on-screen family?

News of the Olsen twins' involvement with Fuller House has been an undeniable roller coaster ride for fans of Full House. First, the Olsen twins were part of discussions to join the cast even though Mary-Kate and Ashley haven't acted in years. However, both twins seemed interested in returning for Fuller House; In an interview with Jimmy Kimmel, Mary-Kate said, "We just found out about it... I guess we’re going to talk to the creators and see what’s happening," and Ashley agreed. But, despite all the rumors and comments from the ladies themselves, they did not reprise their shared role as Michelle Tanner and won't be in Fuller House . Of course, the twins are no stranger to sitcom or television, so if you'll miss seeing Mary-Kate and Ashley on Fuller House, there are a number of other shows they starred in throughout their acting careers. Looking back, I've ranked the Olsen twins' best shows.

5. You're Invited to Mary-Kate & Ashley's

Technically, You're Invited was more of a video series than a television show, but it was a big part of Mary-Kate and Ashley's early career. The series followed the girls through different types of parties, including normal gatherings like sleepovers and Christmas parties as well as something called a "mall party," from 1995 to 2000. The show is pretty hard to come by now, unless you still have your VHS or DVD copies.

This sitcom may have had a catchy theme song and a guest starring appearance by Drake Bell in the show's penultimate episode, but So Little Time didn't live up to the Olsen twins' other sitcoms. The show lasted for a single season of 26 episodes following Riley and Chloe Carlson along with their California-based family. Full episodes of So Little Time are available to watch on Nick.com.

3. The Adventures of Mary-Kate & Ashley

Another video series, The Adventures of Mary-Kate & Ashley gave us the adorable motto: "We'll solve any crime by dinnertime." Playing themselves, but two mini-detectives, this series followed the girls as they attempted to solve various crimes before they had to be home for dinner. Like the You're Invited series, The Adventures of Mary-Kate & Ashley isn't available to watch online, but you can borrow my VHS tapes anytime!

The Olsen twins starred as the tomboy Mary-Kate and the boy-obsessed Ashley on Two of a Kind, but it only lasted one season as part of ABC's TGIF lineup. Still, the antics of the girls and the love story of their single father and babysitter helped Two of a Kind earn a spot in the hearts of fans of the Olsen twins. Unfortunately, Two of a Kind isn't available to watch online.

Of course, the best Olsen twin show is Full House. It's a classic! Michelle has a number of famous catch phrases — "You got it, dude!" — that people still regularly quote even more than a decade after the series finale aired. Looking to catch up before Fuller House premieres, Full House is available on Amazon Video.

So, after spending eight seasons on Full House, the show became a big part of Mary-Kate and Ashley's life as well as their career. Are they going to watch Fuller House? I'd like to think so. They may not physically be a part of the sequel series, but they'll be there in spirit.