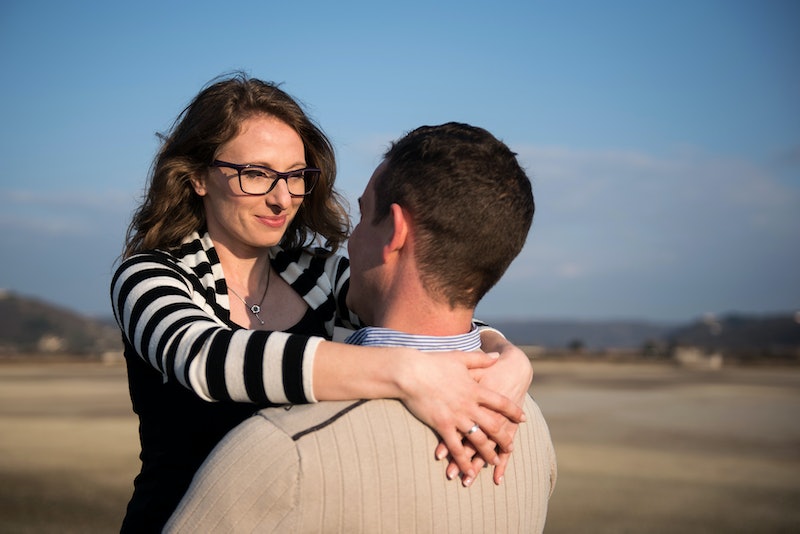 It's February 29, which means everyone's talking about the one major leap year tradition where women propose to men. So if you want to pop the question, you're allowed. Once every four years. That's it. Which is... ridiculous. It stems all the way back to fifth century Ireland which is a whole long time to still be playing by the same rules. And things have changed, it's the 21st century so surely we're over these sexist, antiquated dynamics, right?. Gay couples can get married. Women run for president. So, surely everyone is OK with some more gender equality, right?

Nope. It's 2016 and women are still not doing the proposing in heterosexual relationships. According to CBS, only five percent of those currently married say the woman proposed, which means 95 percent of women aren't popping the question, they're sitting around and waiting to.. be popped? But all jokes aside, it's upsetting to see how much we're still deferring to old-fashioned gender rules when it comes to something as important as who you want to spend your life with. You should be able to have more say in that, and tradition shouldn't hold you up.

But unfortunately, tradition has really stuck and it's shaped a whole lot of attitudes about how we look at women proposing. Here's the deal with who's proposing:

1. 33 Percent Of Men Think Whoever "Has The Guts" Should Propose

According to a Glamour poll of 500 men, a third thinks whoever wants to should do the proposing. But far more than that, 63 percent, thought it should be the man who proposes.

2. Even If They Don't Think A Woman Should Propose, They Wouldn't Mind

Weirdly, 70 percent said they'd be psyched if the woman did it despite only four percent saying it should be the woman. A full 30 percent, however, said they would be "bummed" if the woman was the one who popped the question. So it's all really confusing. Some people don't think it should happen, but think it would be great— or terrible— and also way fewer people are doing it than are cool with it. Huh?

A survey of nearly 300 undergrads, men and women at UC Santa Cruz found that 2/3 would "definitely" want the man to do the proposing. Perhaps even more surprising, it was less than three percent of women who said they'd the "kind of" want to do the proposing, so they don't seem bummed about waiting around for something to happen. Apparently, the men would find it "emasculating' and the women said it would be "very awkward".

We live in an age of orgasm equality, gay marriage, and lot of shakeups of traditional gender roles. Hell, I'm a woman who writes about sex for a living, which would have seen completely impossible not too long ago. But, kind of scarily, it was actually young people who had more of a problem with women proposing than older people... really.

According to the Daily News, an associated Press-WE survey found that 75 percent thought it was OK, in theory, for women to propose. And yet, they said "young adults are more likely than their elders to consider it 'unacceptable' for a woman to do the asking. More than one-third of those under age 30 disapprove."

This blew my mind. Is it really younger people who are less likely to be OK with this silly, old-fashioned tradition? I find that difficult to swallow. Especially because I'm in a lesbian relationship, if my hetero friends talked about not being OK with women proposing, even if they just meant it about hetero relationships, it would still be hurtful. I've had enough of it. If you feel like you want to take the leap, you should take it. And not just on a leap year.