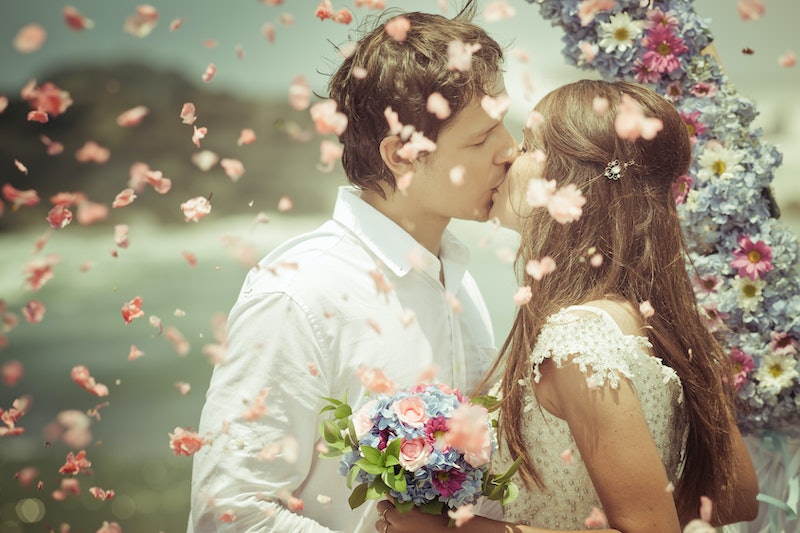 Weddings are expensive! The average wedding costs $30,000 here in the United States, and each guest costs $250 a head — meaning weddings are huge business. A $200-billion-dollar industry, to be exact, according to the 2015 Newlywed Report by Wedding Wire. And, to add insult to injury, in regards to wedding costs, depending on where you live, that $30,000 will barely even cover half of it.

Surveying thousands of brides, grooms, vendors, and wedding event professionals, the report was able to break down not just the average price of a wedding, but the average price of an engagement ring, honeymoon, what are the most popular months for people to tie the knot, among other things. Basically, nothing was left out.

But when it comes to weddings, especially in choosing your location, it might be good to know where you can get the most bang for your buck. Well, if you were thinking about getting married in some big major city here in the U.S., you should know that the average wedding costs in those spots are more than some people make a year.

So if you’re living in one of the largest metro areas in the States, but don’t want to drop too much on ONE day (or have your guests break the bank to attend your wedding), then it may make sense to research smaller, less glitzy locations.

Here are the five most expensive cities in which to get hitched.

To no one’s surprise, you can find the most expensive weddings in New York City, because of course. The average wedding is $47,153 dollars in New York City — again emphasis on average. Although, to be honest, I’ve yet to attend a wedding in this city that was less than $100K, which is fine with me. When a friend gets married at The Plaza, you can pretend it’s your wedding instead. I’ve done it. Twice.

The second most expensive city in which to get married is San Francisco. But again with have some varying reports on just how much it will set you back. According to a local SF source, an average San Francisco wedding is $45,284 — and that was a couple years ago. But according to the 2015 report, the wedding average is $43,119 in San Francisco. Either way, if you’re smart, you’ll drive down to L.A. for your wedding where the average is only $34,289.

If you’re looking to get married in the Windy City, then be prepared to spend an average of $37,153 on a Chicago wedding. I feel like here I should say something about deep dish pizza, but as a New Yorker, that doesn’t count as pizza in my book. However, I wouldn’t be mad if it was at a wedding I intended in Chicago.

Although Boston Magazine claims the average cost of a Boston wedding is $39,239, the 2015 Newlywed Report found otherwise. According to them, a Boston wedding averages $36,621. But no matter how you slice it, lobster is pretty expensive, and who gets married in Boston without importing Maine’s finest? No one!

According to the report, the average cost of a wedding in Philly is $34,982. While it’s not too much above the national average, we still need to take into considering that this is just an average. You’d think in a city so proud of the Philly cheese steaks they’d only need some of those and a tent to call it a party, but I guess cheese steaks don’t cut it for a wedding for some people. (Works for me, though.)