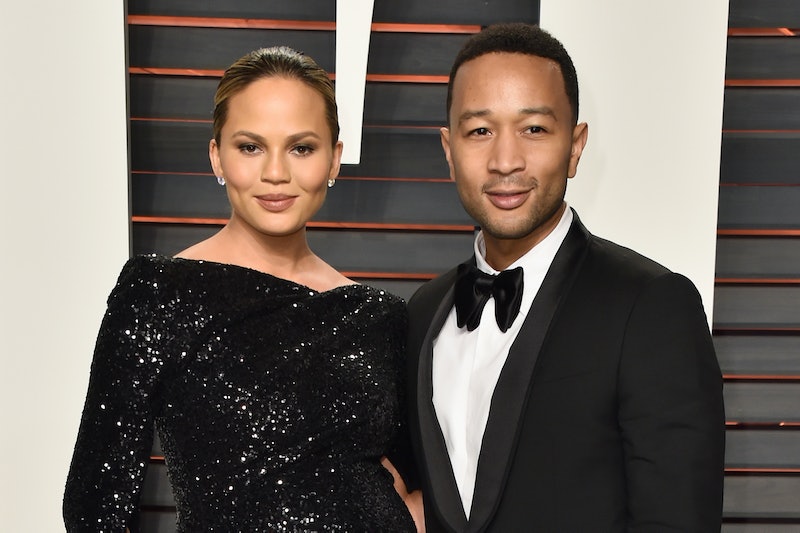 He's formally endorsed the candidate, but Chris Christie's face introducing Donald Trump on Super Tuesday told another story. A sad story. Actually, a very sad story. Singer John Legend, (and by implication in his tweet, perhaps also his wife Chrissy Teigen) aren't buying that Christie's as pro-Trump as he now claims to be. Both Legend and Teigen, who are known for their liberal politics, tweets in support of Planned Parenthood, and general actualization of all our #couplegoals, aren't shy about telling it like it is. And what John Legend had to say about Chris Christie on Twitter this Super Tuesday was pretty simple: "we don't believe you, Chris."

Trump, for his part, was very believable in his role of smug victor, and thanked Christie for the introduction to his victory speech in Florida.

"Chris, thank you very much I appreciate it. This has been an amazing evening already. We have won five major states and it looks like we could win six, seven, eight nine. It's really pretty great," Trump said. (Well, that's one word for it.)

Though Christie might be vying for a cabinet position in the future with his newfound support of the now-definitive frontrunner Trump, his face tells a very different story. A picture is worth a thousand tweets, at least, sparking the hashtag #ChristieThoughts.

And the jokes about Christie as well as the memes about his facial expression that flowed throughout Twitter definitely deserve a standing ovation.

Legend hasn't been a fan of Trump either, to put it mildly. There have Here are some recent tweets and retweets from him about the candidate:

And then this choice retweet:

More like this
Demi Lovato, Jessica Chastain & More Stars Celebrated The 4th Of July By Protesting
By Jake Viswanath
Twitter's Reaction To The Great No.10 Exodus Is Comedy Gold
By Rachel Mantock
EJ Marcus Runs The Most Wholesome Corner Of TikTok
By Alexis Morillo
Police Shove 'Full House' Star Jodie Sweetin At An Abortion Rights Protest
By Radhika Menon
Get Even More From Bustle — Sign Up For The Newsletter