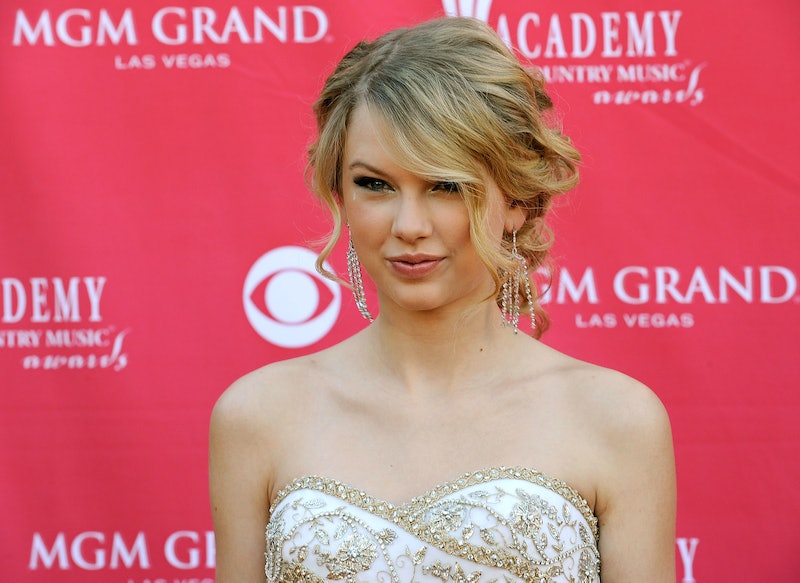 Hindsight is a wonderful thing, but sometimes you might look back and wish you could have predicted the future. One such occasion is likely when you reminisce about specific fashion trends you wore growing up — like the terrible early 2000s prom dress trends of your youth. With just one yellowed polaroid, your stroll down memory lane can transform into a sprint down A Nightmare On Elm Street. Looking back at the photos of me in my 2006 prom dress, I just want to reach into the past, shake myself a little, and scream, "WHY?!"

Growing up in the late '90s and early '00s, we kind of had a lot to live up to. Our prom dreams stemmed from the bountiful array of the era's teen rom-coms, which often featured a handsome yet heinous jock, mean popular girls, and an elaborate, blatantly choreographed dance routine. The role models we had to look up to included Kat Stratford, Laney Boggs, and Josie Geller who starred in all our favorite late '90s teen films. It's no wonder that when it came to the mid-2000s, our choice of school dance attire seemed a little outdated.

So here's an ode to our very early '00s prom dresses and the little details that they just had to have.

Ah, the spaghetti strap! This was a detail that was definitely left over from the '90s, but it actually proved quite useful in keeping your heavy dress up. Even though they weren't the most attractive of straps, they at least saved us from potential nip slips.

2. The Corset Style Back

Proms are super formal events, sure, but I never really got why people would take them to the extreme and proceed to look like they were ready to walk down the aisle. A corset style back is synonymous with bridal gowns and whenever I see someone wearing this look, I can't help but imagine weddings.

Although it was a very subtle trend, you're sure to see it popping up all over the place when you look back at photos from your prom. For some reason, visible boning was a big thing. Perhaps Moulin Rouge! and the 2001 cover of "Lady Marmalade" were partially to blame.

Satin, silk, and sateen were so in. If your dress couldn't temporarily blind passersby when you were having your photo taken, you were totally not cool.

Gals wanting to go for an eye-catching look would often choose a meringue style skirt. These skirts were very impractical but made the wearer feel like a Disney princess in real life. It was the embodiment of #promgoals.

Whether you were a popular kid, a goth, or a member of your school's glee club, you probably had to wear a matching shawl with your prom dress. Your shawl had to be color coordinated to your gown and made of a floaty material like chiffon or tulle, or even a heavier sateen.

We wanted flowers and we wanted them everywhere: In our hair, on our dress, on our shawl, on our shoes, on our corsage. The more blooms you rocked, the better your ensemble was.

There was nothing wrong with this kind of dress, but it was definitely the safest option. So many gals opted for this style because it was super trendy, but I wonder if they look back on their prom pictures and wish they'd gone for something more adventurous. Straight, strapless gowns were pleasant, but they were a little too vanilla for my liking.

Who would've guessed that the prom dress trends we loved most would make us cringe in adulthood? Having said that, I am still partial to a bit of sparkle.