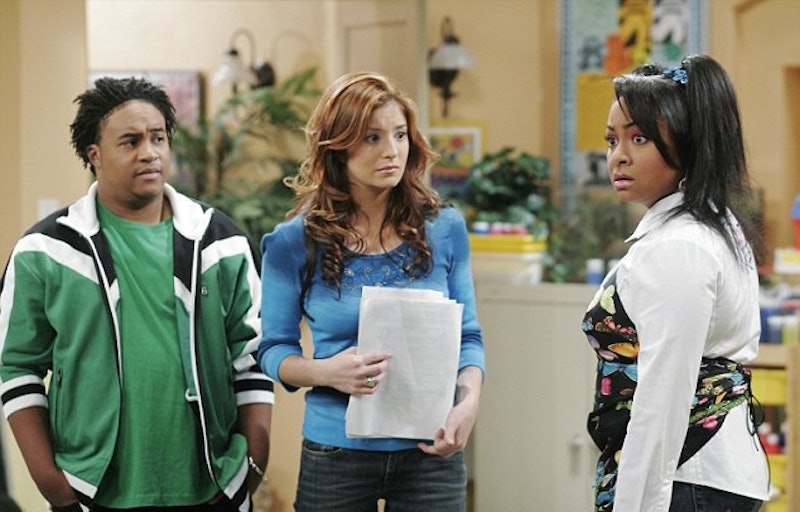 When school picture day was approaching between the ages of 11 and 14 or so, everyone usually fell into one of two groups: Those who reveled in the glamour and excitement of it all, or those who dreaded it. Regardless of how you felt about school picture day in middle school, there were some specific things you probably had to have when the big event came around. They were the things that all the cool kids had, and if you wanted to be part of the trendy crowd, you needed them, too.

Personally, I had pretty mixed emotions when it came to school picture day. The drama kid in me, who had performed on stage since I could walk, was always stoked to get in front of the camera. But early adolescence eventually got me feeling self-conscious. I was constantly aware of my every movement, thinking about how I must look to other people. That resulted in a lot of awkward school photos, in which my body looked uncomfortable and my face seemingly had a fake smile plastered onto it.

There were always the added threats of zits or bad hair days, of course. Plus, you were likely trying to look fashionable. So to try to achieve some semblance of school picture day coolness while dealing with all the potential wrong-goings, here are the nine things you probably needed for the big moment.

You were definitely going to need this combo, especially if there was a hint of wind outside. You'd just spent the last 45 minutes doing your hair and you weren't about to let Mother Nature ruin it.

A powder compact was essential for making your skin look super matte and getting rid of any oily patches. Plus, you could secretly channel Sailor Moon in the hopes of having the strength needed to get through the day. If she could defeat the forces of evil, you sure as heck could have your picture taken.

Butterfly clips were pretty much the uniform of the majority of '90s girls, so it goes without saying that they were an absolute necessity on school picture day.

Of course you needed a scrunchie, just in case the photographer asked you to move your hair out of your face, or your hairstyle just wouldn't sit right after you spent too much time fussing with it.

You never know if you'll break out into a nervous sweat at the thought of it being your turn in front of the lens. You could also have gym class prior to showtime, so you'll need to freshen up.

It could be argued that Drew Barrymore in the Cinderella-inspired movie Ever After was one of the leaders in the body glitter movement. Sparkles seemed to be everywhere in products when you were in school, in the form of roll-on body glitter, shimmery powder, and body gel. You wanted to shine in your picture, so shimmer sometimes needed to be applied and topped up frequently.

If you could smuggle your hair crimpers into the bathroom and use them without getting caught, you'd likely have all of the girls in your class lining up to use them and you'd be a legend. IRL, you probably got caught, and then had to sit in detention. Trying to look awesome for school picture day was risky business.

8. Some Kind Of Lip Gloss

As long as it made your pout reflect the camera flash!

Hardcore SPD lovers would often bring a lint roller. This device would easily remove any pesky pet hairs, crumbs from lunch, or your own stray locks from all that excess combing.

School picture day was a rite of passage. And like all traditions, it had the logical and not-as-logical rituals and relics to go with it.

Want more fashion and beauty? Check out the playlist below, and be sure to subscribe to Bustle’s YouTube page for more hacks and tricks!

More like this
The First Trailer For 'That '90s Show' Includes So Many Nods To The Original Series
By Jack Irvin, Alyssa Lapid and Grace Wehniainen
Here Are All 703 Outfits Rachel Wore On Friends
By Kat George
Jenna Ortega's Hair Routine Occasionally Involves Washing Out Fake Blood
By Olivia Rose Ferreiro
20 Beauty Gifts Under $25 That Make Perfect Stocking Stuffers
By Jordan Murray and Audrey Noble
Get Even More From Bustle — Sign Up For The Newsletter