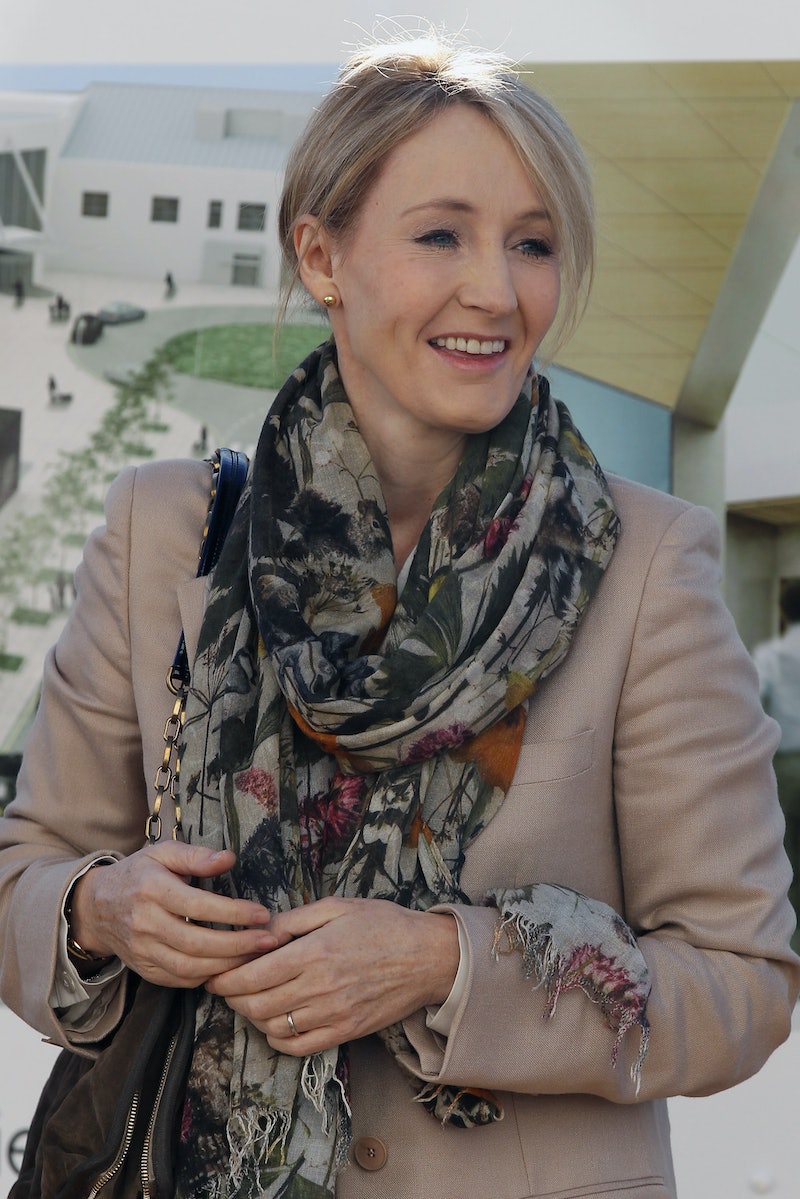 Growing up, I had a lot of different role models — my mom, sister, grandma, and the queen of Harry Potter, the ultimate role model, J.K. Rowling. It isn't far fetched to say that Rowling played a major role in shaping how an entire generation of girls and boys see the world. With strong female characters like Hermione Granger, who helped us embrace our intelligence, Molly Weasley, who showed that being a mother is one of the strongest (and most difficult) jobs in the world, and Luna Lovegood, who taught us that being ourselves is the most important thing, Rowling is a game-changing feminist. Living in a world where girls are constantly degraded for our gender, preferences, and lifestyle choices makes strong feminists an absolute necessity. Fortunately for us, we all grew up reading the works of one of the most knowledgeable and inspiring feminist in the world.

On those days when you need an extra boost, I'll always recommend a good J.K. Rowling quote. I hang these up around my apartment, office, and even store them on my phone to give me a motivational kick on days when I need to be reminded why being a woman is so fantastic. So in case you're having one of those days, here are 14 inspiring quotes by J.K. Rowling herself on how badass women are, and how important feminism is:

1. "The knowledge that you have emerged wiser and stronger from setbacks means that you are, ever after, secure in your ability to survive."

2. "We do not need magic to transform our world. We carry all the power we need inside ourselves already. We have the power to imagine better."

3. "Harry caught the fish and I did my best with it! I notice I'm always the one who ends up sorting out the food; because I'm a girl, I suppose!''No, it's because you're supposed to be the best at magic!' shot back Ron."

4. "Very early on in writing the series, I remember a female journalist saying to me that Mrs Weasley, ‘Well, you know, she’s just a mother.’ And I was absolutely incensed by that comment. Now, I consider myself to be a feminist, and I’d always wanted to show that just because a woman has made a choice, a free choice to say, ‘Well, I’m going to raise my family and that’s going to be my choice. I may go back to a career, I may have a career part time, but that’s my choice.’ Doesn’t mean that that’s all she can do. And as we proved there in that little battle, Molly Weasley comes out and proves herself the equal of any warrior on that battlefield."

6. "I think writing about the time in Hermione’s life that I write about – growing from childhood into womanhood, literally, I think it brought back to me how very difficult it is. So much is expected of you as you become a woman, and often you are asked to sacrifice parts of you in becoming a girl, I would say. Hermione doesn’t."

7. "'Fat' is usually the first insult a girl throws at another girl when she wants to hurt her.I mean, is ‘fat’ really the worst thing a human being can be? Is ‘fat’ worse than ‘vindictive’, ‘jealous’, ‘shallow’, ‘vain’, ‘boring’ or ‘cruel’? Not to me; but then, you might retort, what do I know about the pressure to be skinny? I’m not in the business of being judged on my looks, what with being a writer and earning my living by using my brain…"

8. "Imagination is not only the uniquely human capacity to envision that which is not, and, therefore, the foundation of all invention and innovation. In its arguably most transformative and revelatory capacity, it is the power that enables us to empathize with humans whose experiences we have never shared."

9. "Failure meant a stripping away of the inessential. I stopped pretending to myself that I was anything other than I was and began diverting all my energy into finishing the only work that mattered to me."

10. "I’ve got two daughters who will have to make their way in this skinny-obsessed world, and it worries me, because I don’t want them to be empty-headed, self-obsessed, emaciated clones; I’d rather they were independent, interesting, idealistic, kind, opinionated, original, funny – a thousand things, before ‘thin.' And frankly, I’d rather they didn’t give a gust of stinking chihuahua flatulence whether the woman standing next to them has fleshier knees than they do. Let my girls be Hermiones, rather than Pansy Parkinsons."

11. "We're all human, aren't we? Every human life is worth the same, and worth saving."

— Harry Potter and The Deathly Hallows

12. "Let’s get this straight once and for all. It’s none of your business who I go out with or what I do with them."

13. "The truth is that you don’t think a girl would have been clever enough!"

14. "I don’t like the marginalization of women when the fighting breaks out. We get to fight too."