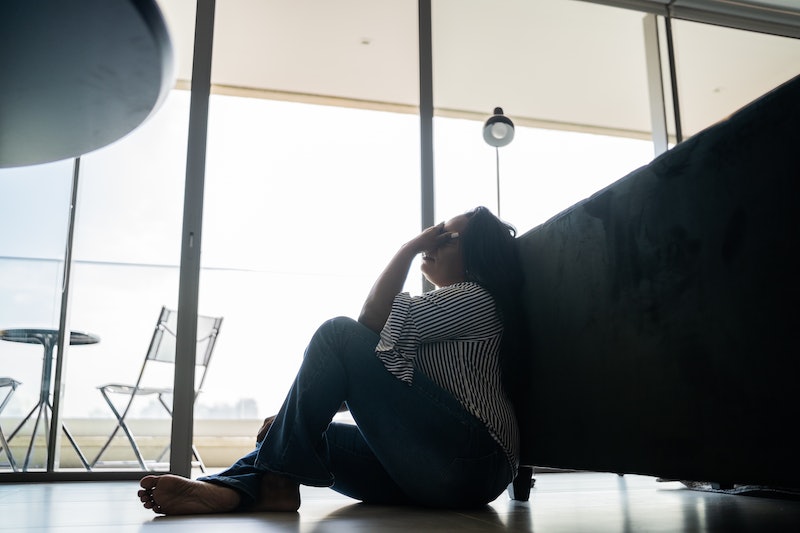 Feminism helped inspire massive cultural shifts in how society views a woman's relationship with her family, her body, and her career, but, equally important, it helped inspire massive legal changes from the moment women like Elizabeth Cady Stanton and Sojourner Truth got to stumping for women's rights. Although most feminists are schooled in the social implications of the movement, laws that affect women are often less understood — or at least less discussed on a day to day basis — and International Women's Day and Women's History Month is a perfect time to take stock in them.

The history of women and the law is a fascinating subject, and Stanford Law School cites a few historical tidbits that show just how far we've come. In 1619, a proposal to give women an equal portion of colonial lands was put forth in Virginia and subsequently denied, and in 1787, the few women who had been allowed to vote during the colonial period and early statehood were "systematically disenfranchised" in every state until New Jersey completed the ban in 1807. Dark stuff. And although we've come a long way since then, there is so, so much more to go for complete and full equality. Here are four laws that affect women today that you should know.

Signed into law on August 18, 1920, the 19th amendment guarantees all American women the right to vote. This wasn't even 100 years ago, so there are people in your not-too-distant past who remember when women had no stake in who runs our country. Let's make sure we don't forget to exercise this right today. (Hint: your state's presidential primary could be coming up soon!)

Title IX of the Education Amendments was signed into law in 1972 and "prohibits discrimination on the basis of sex in any federally funded education program or activity." This is not just a law for women, but a law to prevent any gender-based bias in any school or program that accepts federal money. Title IX comes into play not only in funding for women's sports teams but also for addressing sexual assault on campus, and a variety of other important gender-based issues.

TRAP stands for Targeted Regulation of Abortion Providers, and many states are subject to these provisions that can stand between women and their right to have an abortion. According to the ACLU, TRAP laws fall into three categories, "a measure that singles out abortion providers for medically unnecessary regulations, standards, personnel qualifications...; a politically motivated provision that needlessly addresses the licensing of abortion clinics and/or charges an exorbitant fee to register a clinic in the state...; or a measure that unnecessarily regulates where abortions may be provided..." Ugh, pretty sneaky right? Just because we're hanging on to Roe v. Wade doesn't mean bodily autonomy is in every American woman's grasp.

It sounds kinda cute, but no, the tampon tax just means that women are forced to pay more for a product that is an absolute necessity. As far as I know, free bleeding hasn't been accepted in most places of work, so we're stuck plugging it up in some way (although there are plenty of alternatives to tampons these days). Regardless, why should tampons and pads be taxed when medicine for UTIs and birth control are exempt from sales tax? Luckily, there are female legislators out there leading the charge to reclassify these products so they are no longer legally considered a "luxury" item.

More like this
20 Things You Should Never Tolerate In A Relationship
By Rachel Sanoff and Kathleen Ferraro
Your Daily Horoscope For August 16, 2022
By Alexandria Lettman
How To Use The Whatnot App To Thrift Vintage Items
By Emma Carey
The “Teenage Dirtbag” Trend Is TikTok's Latest Nostalgic Obsession
By Meguire Hennes
Get Even More From Bustle — Sign Up For The Newsletter