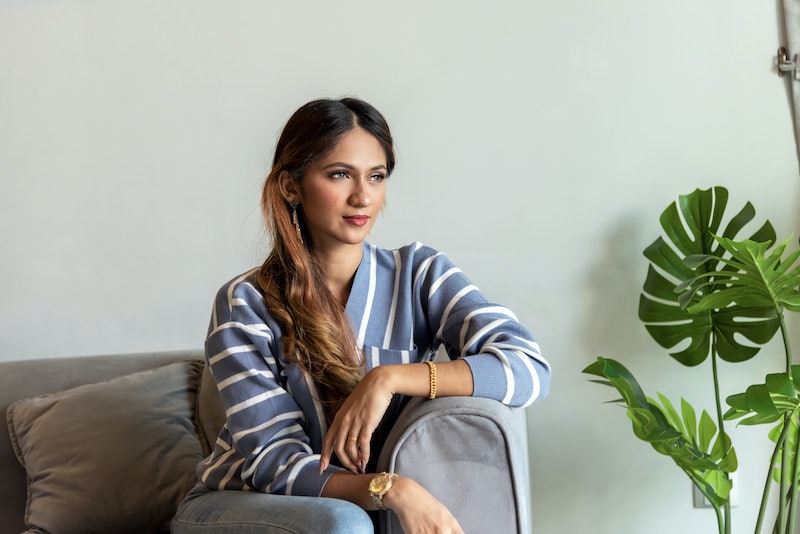 I spend a lot of my time discussing the fact that my womb will never be anything but a waiting room for period blood, and because of this, I've had a number of people — of all ages and genders — ask me how I deal with my biological clock's ticking in relation to my desire to not have kids. There is an implicit assumption there: that every woman feels a hormonally-driven urge to propagate the species, and that if she has decided intellectually to not have kids, she must, on some level, still be fighting this wild, cavewoman urge to procreate. There's the implication that I must be suppressing this desire — out of either heroic self-sacrifice, or because I am a witch who has no time for kids of my own because they would interfere with my attempts to lure strangers into my gingerbread house.

But as much as I'd like to have people believe that I would heroically forgo my own desires for the greater good or that I own property (hey, candy real estate is still real estate!), the truth is that I have never felt my biological clock "ticking." Though I have intellectually weighed the pros and cons of having children, I have never felt the drive to conceive that many of my friends who are mothers have described. That's part of the reason I have opted to not become a mom — if I can't get as worked up about the prospect of creating a human life as I can about the prospect of a very good cheese Danish, then I should probably not have kids.

But the assumption that the "biological clock" is a timer set up in every woman's body that goes off at a certain point in her life and forces her to obsess about having kids, regardless of her specific desires, interests, or life experiences, is a myth. In fact, the entire concept of a "biological clock" is fairly recent, and says more about the way society views women and motherhood than how women and their fertility actually function.

1. The Phrase "Biological Clock" Was Invented In 1978 By A Journalist

Far from being a timeless historical construct, the concept of the "biological clock" as it pertains to reproduction was first used in an article in the Washington Post in 1978 — a year when surely some of you now reading this were already born. It also wasn't a term coined by a scientist, or a woman describing her own experience of having an obsession with having children "kick in." Rather, it was created by writer Richard Cohen, who, in a piece about how women were managing jobs and family, noted that “The clock is ticking for the career woman" — so, yeah, not quite hard science.

And even then, the term was used to describe the timeframe in which women could biologically conceive children — not quite the sudden, helpless onset of biologically-induced baby lust that we often associate with the phrase now. According to Jenna Healey at Yale University's Institution for Social and Political Studies, as the phrase was introduced to the general public at the same time as in vitro fertilization (IVF) was becoming publicly available, the two concepts were "inextricably linked in the public mind" — which may have influenced people to associate the phrase "biological clock" with the idea of a woman who is extremely eager to conceive, rather than the reality of simply outlining the timeframe in which pregnancy can occur. But that's all this relatively recent phrase was ever meant to mean — and it is still often used to mean only that.

2. Your Actual Biological Clock Regulates Your Sleep Cycles — Not Your Womb Cycles

We do have a clock in our body that governs some of our behaviors in a way that we're relatively helpless to fight — but those behaviors are falling asleep and waking up, not filling up our ute with Extra Premium Baby (Unleaded). In scientific writing, "biological clock" refers to our circadian clocks, the internal clocks that tell us to wake up when it's morning, fall asleep when it's dark out, etc.

So while these clocks do regulate some of our desires (and we do fight them — say, when we feel the pull to go to sleep, but instead decide to watch three Die Hard movies in order, just in case they get taken off of Netflix soon), they don't regulate our desires about when or whether to have children, and they don't seem to play a role in our emotional lives in the same way that we imagine the mythical female "biological clock" does.

3. There Is Actually No Scientific Evidence That Women Experience A Biologically-Based Urge To Have Children

It's time to bust out the big guns: there has not been a single study that has confirmed the existence of a scientific, hormonal urge that causes women to helplessly desire children. In fact, a decade-long study conducted by Gay and Sandra Brase of Kansas State University and published in 2011 in the academic journal Emotion found that "baby fever" is quite real, for many men and women — but not because of some vague hormonal reason.

The Brases had originally assumed that they'd find a biological trigger tied to our reproductive functions that set off "baby fever" — but they didn't:

A third theory [about why people potentially experience baby fever] had to do with timing — the brain delivering a signal that this could be a good time to have a child. But when they talked to their test subjects (a total of 337 undergrad students and 853 general population participants gathered via the Web), none of these theories seemed to hold up.

Rather, the Brases found that people's "baby fever" was triggered by being exposed to a baby on a sensory level (i.e. holding, seeing, and smelling a baby), as well as logical decisions about wanting to experience parenthood.

And the Brases aren't out of step with the mainstream of scientific thought on the issue; a 2010 Swedish study found that women were most likely to become pregnant soon after their coworkers had babies, providing further grist for the theory that we want to have babies not because our hormones demand it, but because we meet some babies, and start to think that having one of our own is a good idea. As Danielle Friedman reported in The Daily Beast, "Many scientists believe the seemingly biological drive some women feel isn’t triggered by biology, so much as culture," and that according to evolutionary biologists, "Evolution has bestowed upon women a desire for sex and the equipment to have a baby; from here, free will steps in." I know — I feel played, too.

I say all of this not to shame women or anyone else who experiences "baby fever" — quite the opposite, in fact. I think our society demands that the desire to have a child be a "biological urge" because we don't respect mothers and motherhood enough to say that deciding to be a mother is a valid choice, one that you could become obsessed with not because of your hormones, but just because it seems like a really great idea. We want women to be "swept up in the urge" to become a mother, rather than making a conscious decision to have a child, because it allows us to keep treating mothers as second-class citizens. A culture that treats motherhood as a kooky whim that overwhelms our dumb lady-brains can keep refusing to give mothers paid parental leave, or force them to work job schedules that keep them from being able to take care of their children (or chase them out of the work force entirely) — because, hey, if you didn't want to be treated like this, you shouldn't have upended your life over a whim, you sillybilly!

The "biological clock" theory can keep women from discussing the real reasons they decided to become mothers — or the fact that becoming a mother was a decision at all — serving to both keep women who don't have kids stigmatized ("what are you, a freak of nature?") and keep women who do have kids seeming frivolous ("what are you, some idiot controlled by her hormones?"). It's a baby, not the decision to eat a whole container of peanut brittle because you were PMS-ing, OK? Let's have a little respect.

More like this
Wimbledon Alters All-White Kit Rule Amid Candid Period Discussions
By Catharina Cheung and Rachel Mantock
Emily Ratajkowski & Pete Davidson's Astrological Compatibility, Revealed
By Nina Kahn
Are Sagittarius & Capricorn Compatible In A Relationship? Astrologers Weigh In
By Kristine Fellizar
20 Thanksgiving Toast & Speech Ideas That Actually Aren’t Cheesy
By Brandi Neal and Mia Mercado
Get Even More From Bustle — Sign Up For The Newsletter