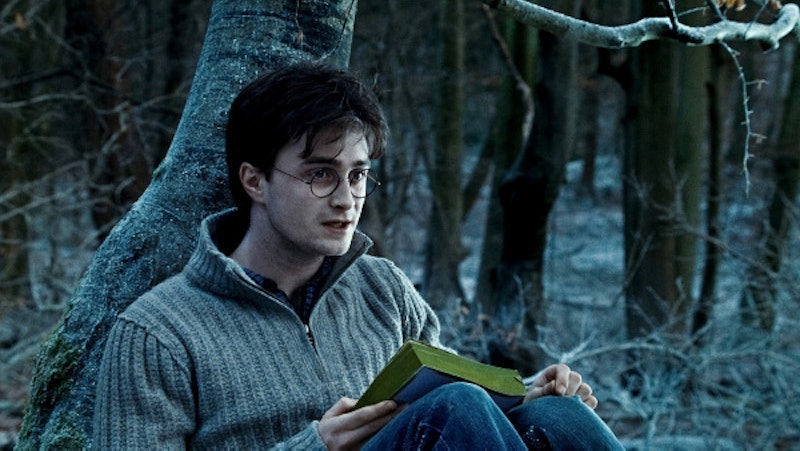 A person's thoughts about the best and worst Harry Potter characters can be polarizing, especially opinions about who may be overrated and underrated in the grand scope of the series. The Harry Potter universe is home to dozens upon dozens of characters and every individual reader has a different opinion. For example, I think that Remus Lupin is the best character in Harry Potter. Neville Longbottom comes in a very close second. I think that there needs to be a rewrite of the entire series where the main character is Hermione instead of Harry, because imagine how awesome that would be?

But more than anything else, I think that Harry Potter is an actual garbage human.

Don't get upset — you saw the title of the article. That doesn't mean that the series is terrible, or even that Harry himself is terrible. I respect the fact that Harry's character flaws make him human. No person in this world could go through what he went through and come out adjusted, and I bet the upcoming Harry Potter and the Cursed Child vindicates me in that thought process. Harry is a bit of a jerk, he yells at people, barely focuses on schoolwork, and doesn't seem to understand how human beings work. Below, I've come up with 5 very valid reasons why Harry Potter is actually the worst character in Harry Potter. Perhaps, if you read my reasons, you might agree.

1. He had a total lack of self awareness.

While this can be easily blamed on his teenagerhood, Harry doesn't seem to have a single idea of his effect on other human beings. This can also be blamed on the Dursleys raising him, but if you really look back and think about it, he never had any concept of his impact as a person — good or bad. From the moment he first set foot into the Leaky Cauldron, he was praised and loved for being the Boy Who Lived, and yet he was constantly surprised when people were both nice or mean to him. When more people showed up at the Hog's Head Inn to discuss forming Dumbledore's Army, he was completely confused. Let's break this down, though, from day one at Hogwarts, he's been fighting trolls, basilisks, driving flying cars into murderous trees, basically being handed a spot on the Quidditch team in his first year, riding hippogriffs, being chosen as a special Hogwarts champion, and walking around collapsing because he shares a link with the most dangerous wizard ever.

If you were attending Hogwarts at the same time as Harry Potter, you could basically feel famous by association. You'd probably be dying to sit next to him at feasts. But instead of being aware of the responsibility of being cool, he instead scratches his head and goes, "Whoa people want me to teach them how to make patronouses?"

That makes him uncool.

2. He didn't fully understand what a wizarding war even meant.

All throughout Harry Potter and the Order of the Phoenix, Harry struggles with Umbridge (the true Harry Potter worst) in an attempt to get her, or anyone at the Ministry for that matter, to acknowledge the fact that Voldemort is back. This is a very noble thing that he does, but the moment everyone accepts that he isn't lying, Harry seems to immediately forget that a wizarding war will affect more than just Harry Potter. Suddenly everything becomes a grudge match between him and Voldemort, even though (let's be SUPER honest here) Harry is not the first person who lost their loved ones to Lord Voldemort. His life was not the only life that was ruined by He Who Shall Not Be Named, but for the entire series, Harry does not seem to understand that a war is just that... a war. Harry may have been the Chosen One, but he was only one cog in a vast machine.

3. Because of that, he treated his friends like garbage.

It's time to get real for a second. Neville Longbottom is the true MVP. He lost nearly everything to Voldemort, and yet during the most dangerous time at Hogwarts, Neville didn't run off to camp in the woods. No, he stood up to Voldemort, cut off the head of a snake, and more importantly, worked to protect the students of Hogwarts during a time when they were basically being tortured for disagreeing with the teaching staff.

Do you know who didn't care about all of that? Harry Potter, that's who. Harry was so wrapped up in his own need to be the one to stop Voldemort that he didn't seem to care that all of his wizarding friends were basically trapped in a juvenile wizard prison. Sure, he was on an on-going mission to destroy the Horcruxes and make sure that Voldemort could die for good... but he spent half the time on that mission insisting that his friends didn't have to join him. Let's look at this. Ron is the youngest son of two well-known Muggle sympathizers and Hermione is, according to the views of the Death Eaters, a disgrace to the entire wizard community. His friends are in trouble, but Harry just whines and yells and tries to ignore the two people in his life who are willing to risk everything in order to help him. Shame on you, Harry Potter.

4. He was given a full ride to an amazing school, and he spent half the time copying off of his nerdy friend.

How many of you are still waiting for your Hogwarts letter? Don't lie, I bet the answer is "every single one of you." Hogwarts is essentially a dream come true for literally anyone. Every single subject you can study at Hogwarts is utterly fascinating. Charms? PLEASE. Transfiguration? Oh heck yeah. Care of Magical Creatures? Bring on the unicorns! Even History of Magic is more interesting than the most interesting non-magical class you have ever taken. If I went to Hogwarts I would be studying every day, doing extra credit, and thanking my lucky stars that I'm getting a world-class magical education, living in a castle, sleeping in a four-poster bed, and eating gourmet meals three times a day.

After a lifetime of neglect and sadness, what does Harry do when given the magical chance of a lifetime? He barely studies, opting instead to lean heavily on help from Hermione.

5. He was pretty ungrateful.

Do you guys remember Hagrid? Hagrid was nothing but utterly devoted to Harry and his friends, going above and beyond to care for Harry. Heck, let's talk about Arthur, a man who did not have much to share, but went out of his way to share what he had with Harry — even when it almost cost him his life. At the end of the day, who did Harry name is youngest son after? A headmaster who used him as a pawn in a grander game, and a dude who really only vaguely helped him because he had the hots for Harry's mom. Okay, it makes sense that he might not honor his current father-in-law due to the idea that maybe Ron would or due to the fact that he probably thought it was an honor enough that he married his daughter. But what about Hagrid?

It goes deeper than that. As a child Harry loved Hagrid, visiting him any chance he got. But as he grew up, he sort of shed his devoted guardian. Did Harry bother to help Hagrid with Buckbeak's trial? Did he ever once go and visit Grawp after Hagrid asked him to? Did he bother to warn Hagrid that he wasn't going to take Care of Magical Creatures anymore? No. Once he no longer really needed Hagrid, he basically stopped caring. This was the man who cradled Harry as a baby in Sirius' flying motorcycle, who cried at the notion of leaving poor Harry on the steps of the Dursleys... what thanks did Hagrid get?