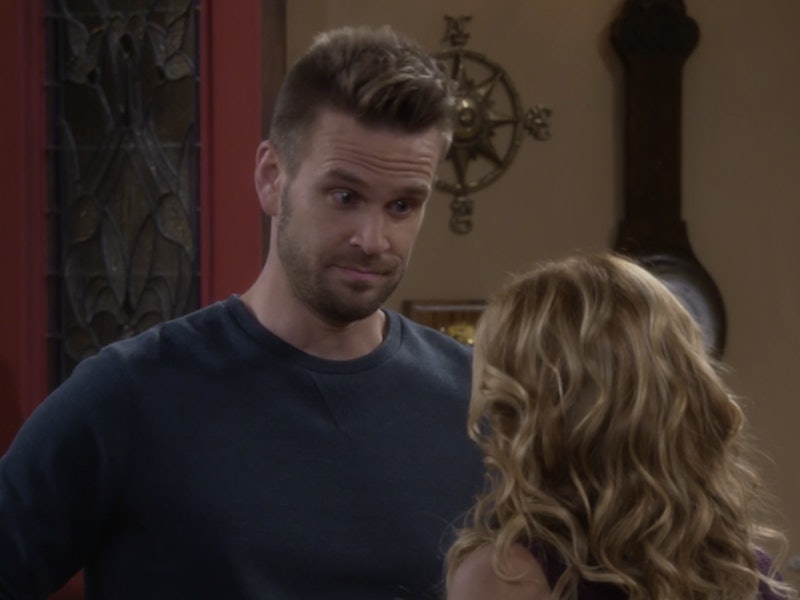 It's only been a couple of weeks since Fuller House hit Netflix, and the wait for Season 2 is already agonizing, even though I'm totally planning on re-watching Season 1 a couple of times between then and now. And after the way the season finale went, I'm especially interested to see what happens for D.J. and her love life in the future, since she's been put in a pretty interesting position. After dating two completely awesome guys, she was left to choose between Matt, a super hot veterinarian, and Steve, her high school sweetheart. But instead, D.J. made the choice not to choose, and she's just going to do her for awhile — a decision I absolutely respect. But now that we know there's more Fuller House in our future, I have a feeling the show will be revisiting this concept again, and eventually, D.J. may actually decide to date one of them. So will D.J. and Matt date? Don't be surprised if it happens!

In the interest of full disclosure, as a fan of Full House since childhood, I am already predisposed to be Team Steve. Elementary school me couldn't imagine a better boyfriend, and even now, as an adult, he seems like a pretty decent guy. Plus, how can you go wrong dating the voice of Aladdin? If Steve were up against anyone else, choosing him would be a no-brainer... but instead, his competition is Matt. And Matt is amazing.

OK, fellow Steve fans, hear me out on this one. Although he and D.J. definitely still have their old chemistry, and there's nothing that can replace a first love, she and Matt have something special too, and he's a really awesome guy. Not only is he crazy good looking, but he and D.J. have chemistry too, and he treats her well. There's nothing not to like him, and believe me, I've tried to find reasons.

And one of my favorite moments of all? When Matt decided to share the practice with her after his father decided he'd be the one in charge. He knew that D.J. deserved that job, and he wasn't too proud to share the promotion with her fairly. Matt obviously sees her as his equal, while Steve has been a little possessive over her. After everything she's been through, D.J. deserves a guy who will respect her and give her room to breathe, too. And can we talk about the fact that Matt wasn't even mad when Jackson used his credit card to buy that insanely expensive autographed jersey? Instead, he just gave him the opportunity to pay him back by doing chores. That's a pretty cool guy.

Now that D.J. and Matt will continue to work together, I wouldn't be surprised at all if their close proximity and everything they have in common leads to them dating exclusively. I love you, Steve, but D.J. and Matt are just such a beautiful couple. Could you imagine if they had a kid together?! Plus, if D.J. really is meant to end up with Steve, a relationship with Matt might help her realize it. I can't wait for Season 2 and — and if D.J. decides to stay a single member of the She Wolf pack, I'm fine with that, too.