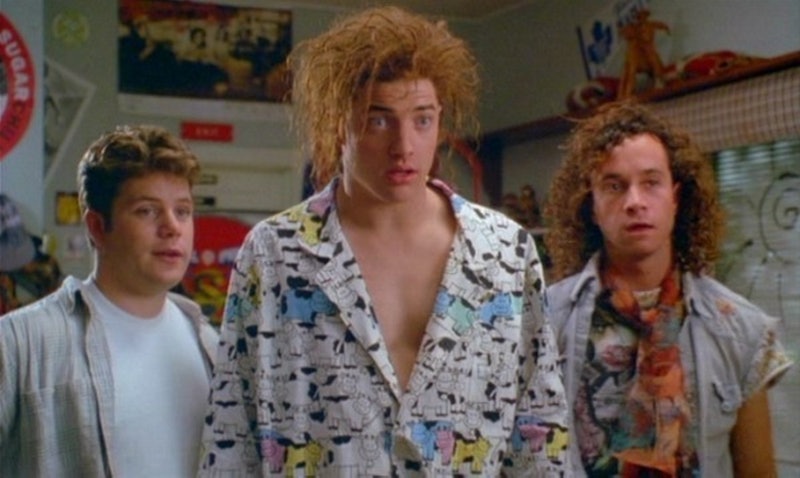 Looking back at the '90s, it’s not only the sweet Hypercolor T-shirts and flannel dresses that seem dated. Many of the health and fitness trends that dominated advertising and news — from Suzanne Somers’ Thigh Master to a widespread obsession with the high-protein, low-carb Atkins diet — seem silly now. (Perhaps none so much as the infamous Wow! Chips. Remember those? Frito-Lay’s line of fat-free chips made with Olestra, a fat substitute, was released to great fanfare in 1998. Sales plummeted when customers began experiencing what can politely be termed “digestive issues” after eating the clearly-too-good-to-be-true-what-were-you-thinking?? snacks.)

But just as health trends of the '90s sound bizarre to modern ears, many of the terms commonly associated with health, nutrition, and fitness now would have been incomprehensible to our '90s selves. The following list of current health-buzzwords would have had us scratching our (butterfly-clip-covered) heads 20 years ago. Some of these terms existed back then, but they had yet to become part of our daily lexicons.

Keep reading for seven health terms that would have had us totally buggin’ in the '90s. (Oof. Apparently, unlike the immortal Cher Horowitz, I am not able to pull off the word “buggin'.”):

In the '90s, if someone had started talking about “paleo” food, we all would’ve assumed you were talking about Encino Man. And if that’s the example, then the “paleo diet” would consist of hunting for grindage at gas stations and wheezing the juice.

Gluten-free diets certainly existed in the '90s — celiac disease, an autoimmune disorder characterized by an intolerance of gluten, can be traced as far back as the 1st and 2nd centuries AD, though gluten wasn’t identified as the key to the disorder until the 1950s. However, the current craze for gluten-free food has been around for fewer than 10 years (The New Yorker traces it back to an influential 2011 study that suggested that gluten might be harmful to certain people who don’t have celiac disease). These days, there’s a lot of controversy about gluten-free diets, with some insisting that giving up gluten has improved their health, and others insisting that, barring those with celiac disease, gluten-free is nothing more than a fad. One thing’s for sure — in the '90s, “gluten free” was a far-flung concept for many kids, and those who actually required gluten-free diets had very little in the way of packaged foods to choose from. Pop Tarts Crunch and 3D Doritos didn’t come GF.

“HIIT” (aka “high intensity interval training”) has become a major fitness buzzword in the last year, referring to an exercise regimen in which you alternate periods of high-intensity and low-intensity exercise. Back in the day, we were much more interested in step aerobics and Tae Bo. (Or, if you were me, your main form of exercise was the Skip-It.)

If our '90s selves had seen people wearing Fitbits or other fitness trackers, we would’ve thought, “Is that, like, a new kind of Tamagotchi?” Fitness trackers might become a big part of your world (“I will get that validating buzz, even if I have to walk around my apartment in circles to do it!”), but at least they don’t up and die on us when we don’t pay enough attention to them.

The closest thing I every got to a juice cleanse in the '90s was chugging Squeezits until I had enough sugar in me to launch myself to the moon. But these days, juice cleanses and other extreme so-called “detox” diets are all the rage. The Master Cleanse, in which you subsist on lemon juice, water, maple syrup, and cayenne pepper for days on end, has actually been around since the 1940s. It was re-popularized in the mid-2000s, however, when high profile celebs like Beyoncé began to do it. Although some are convinced that juice cleanses “detoxify” the body, many others are skeptical and suggest that juice fasting is bad for your health.

We had kale in the '90s, obviously. We just didn’t eat it. And we certainly didn’t think of it as the ultimate superfood. (That prize went to Dunkaroos, obvs.)

For most of us in the '90s, getting vaccinated was simply part of the status quo. In 2000, the U.S. government even declared that measles, one of the key diseases against which we vaccinate kids, had been eliminated from the United States, thanks to the measles vaccine. Who’d have thought that by late 2014, we’d be dealing with the largest measles outbreak since 1989? An outbreak stemming from Disneyland resulted in 125 cases of the disease; CDC officials identified people who had not been vaccinated due to “philosophical reasons” as the major contributor.

Anti-vaxxers endanger the health of everyone around them, and so I will offer them the cruelest insult the '90s ever devised: Anti-vaxxers, you are virgins who can’t drive.

Want more nostalgia content? Of course you do! Listen to Bustle's podcast The Chat Room, where we discuss everything Internet, from what's trending today, what we were up to in the '90s, and our experiences as women online.

More like this
An Honest Review Of The TikTok-Famous WalkingPad
By Kaitlyn Wylde
Heinz Is Selling A Sprayable Mayo Mousse
By Maxine Harrison
TikTok's Favorite Bartender Thinks Mimosas & Bloody Marys Are Out For Brunch
By Alexis Morillo
Are We Drinking Rosé All Wrong?
By Sheila Yasmin Marikar
Get Even More From Bustle — Sign Up For The Newsletter