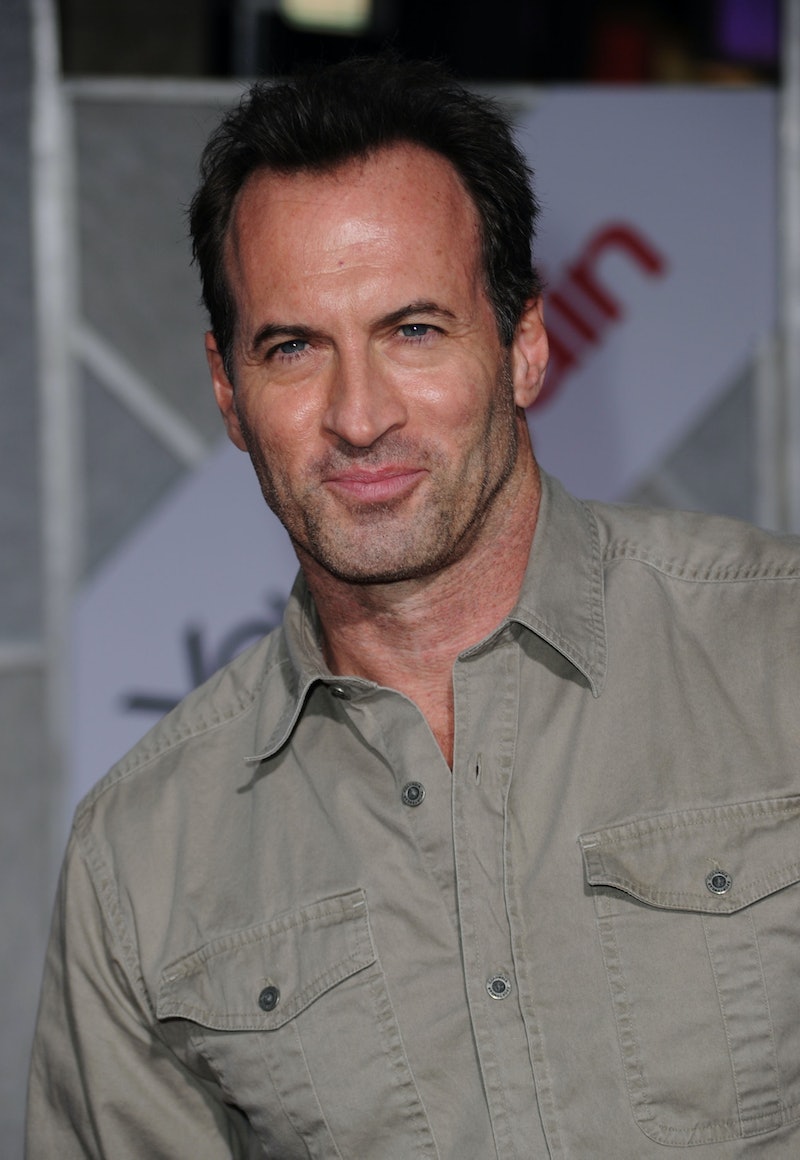 While everyone goes crazy over the Gilmore Girls revival, trying to figure out if Lorelai and Luke finally get together, it's the perfect time to revisit movies the actors have participated in since the show went off the air in 2007. It's easy to recall the roles Lauren Graham and Alexis Bledel have had post-Gilmore Girls, as they've consistently worked in mainstream TV and movies (Graham had Parenthood, Bledel had a few films and a very memorable appearance on Mad Men... see what I mean?). But, what has Scott Patterson, aka the one and only Luke Danes, been up to since Gilmore Girls ended, leaving its fans bereft? One of his roles was in a high-profile movie franchise, but it may have gone under the radar because, in this franchise, it's not really the actors that take center stage — it's the gore. So, which movie did Scott Patterson star in that no-one would expect of Luke Danes?

Brace yourselves, because you might find this shocking. As hardcore fans already know, Scott Patterson starred in several of the Saw movies — and honestly, I'm pretty sure I can make a case for his appearances in this films being his most underrated role. Hear me out! Patterson puts in such a great performance as Agent Peter Strahm that you might want to overcome your fear of blood and check the Saw franchise out. At the very least, let me tell you why Patterson is so great in Saw V !

Luke Danes himself first appeared in Saw IV , as Agent Peter Strahm, one of the detectives on the case of the infamous killer Jigsaw. The deaths in the Saw movies all have one thing in common — they're elaborate. As Jigsaw likes to turn every series of murders into a game based around the victim's life, the deaths are never boring, but this also means they're always extremely gruesome. I personally thought Saw IV was the most debauched of the franchise — so, I'm going to go ahead and say the movie you really need to see featuring everyone's favorite Gilmore Girls love interest is Saw V. That's when Patterson's Agent Strahm really comes into his own.

Scott Patterson is basically the lead in Saw V. As the movie's synopsis notes, "Agent Strahm is suspicious" and refuses to believe that just because Jigsaw is supposedly dead, the murders are over. In particular, Agent Strahm is suspicious of fellow detective Mark Hoffman who is celebrated as a hero following Jigsaw's death, and sets about re-investigating the case. And what he discovers is not pretty at all.

The Gilmore Girls actor is so great in Saw V because he's playing against type. Not only is it surprising to see our very own Luke Danes in such a hardcore horror movie franchise, but his role in Saw V is both physically demanding and emotionally stressful. Gone are the days of Luke Danes serving coffee in the diner while wearing a flannel shirt. There is nothing chill about Agent Strahm, from carrying a gun, to getting covered in blood, to creeping around an awful warehouse trying to solve and stop multiple murders. Scott Patterson transforms himself into a totally different character from the TV fave he's known as, and he becomes an integral part of the Saw franchise in the process.

Patterson spoke to IGN Movies about being involved in the Saw franchise and, in particular, mentioned "the level of secrecy… I signed all these forms. They could take away my house if I mentioned a storyline." The fate of his character, Agent Strahm, was always firmly under lock and key, though I feel obliged to tell you that if you're going to watch the film, prepare yourselves, as the Saw movies are known for their immense brutality. As for the process of making a horror movie, Patterson's comments were very Luke Danes, especially when he said, "As long as you don't knock over the furniture and slip on the blood, you're OK."

Hopefully, Scott Patterson's return to Gilmore Girls will be a lot less scary than his appearance in the Saw movies. Still, it's important to remember that the actor has range, and isn't afraid to take creative risks and step outside of his comfort zone once in a while, even if his performance as Agent Strahm will give Lorelai and Luke fans nightmares.