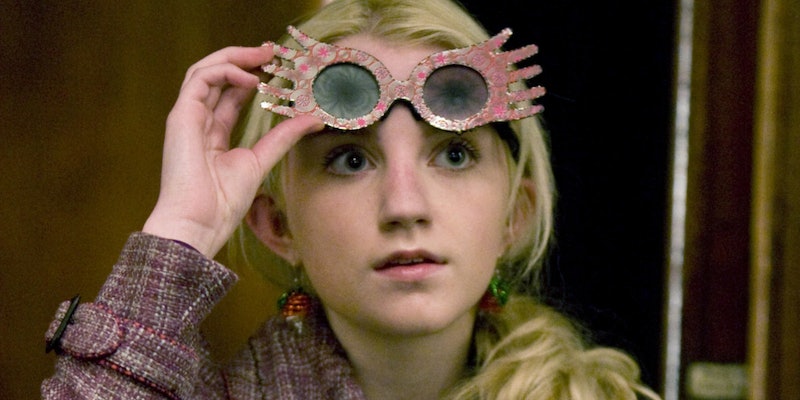 Some people refer to the younger generation as “millennials.” I prefer the term “Harry Potter generation.”

After all, many of us grew up reading the series. Personally, I started reading the books when I was in grade school, and I can remember preordering each book as it was released (and as soon as I figured out how to use Amazon). My parents would joke that the books were bigger than I was, because I would lug the hardcovers everywhere. But as Stephen King says, books are a uniquely portable form of magic. And Harry Potter was my enchantment of choice.

One thing I loved about Harry Potter was that I literally grew up with the characters. As the books were released, I was always around the same age as Harry, Ron, and Hermione, so it was as if I were experiencing their adventures alongside them. This was especially important during my teenage years.

Let’s be honest: being a teenager is not always a walk in the park. As Harry demonstrates in Order of the Phoenix , it can be a very angsty time. But books are a great remedy for this, and for the Harry Potter generation, it’s clear which series is particularly meaningful to all of us.

"I had always been the teacher's pet, the know-it-all, the one whose hand shot up in class before anyone else's. I felt (and was) alienated and criticized for this by my peers, especially when we became teenagers and being "cool" was more important than being smart. Hermione had a huge impact on my self image, and reinforcing what my mother (who earned a master's degree while working full time and raising a toddler) taught me: that being diligent and smart is, in fact, a good thing, and that pursuing excellence is a worthwhile life goal. I am the woman I am today in part because Hermione Granger was my role model."

"The Harry Potter series cemented what I already believed: That magic can be found everywhere if you only look hard enough. It made me understand the importance of bravery, courage, and determination in everyday life. Harry Potter made me realize that if a normal kid can become an incredible wizard, I too can achieve seemingly impossible things. It also taught me the importance of being a strong young woman – Hermione was unashamedly strong, independent, and proud of her knowledge and hard work. Harry Potter also made me realize that if a woman – who was struggling to support herself and her family – with no job can get her book published, I can (and should) strive to get my book out there too."

"It meant going on summer vacations with the family and re-reading all the books up to that point to make sure the story was remembered. Getting out of school early so dad could take us to see the movies which was awesome. Reading in class without getting in trouble just because the teacher was happy to have a quiet student. Most of all, it meant a good story where magical somehow made the world more real. The story of villains versus heroes, betrayals and true friendship, of ultimate sacrifices made out of love."

"Almost everything. I still have this airbrushed shirt that I got during my high school's Project Graduation that said "Slytherin Represent." The series wasn't finished yet but I had these distinct memories of reading Order of the Phoenix and Half Blood Prince during that time. When I was a teenager I started to really look at the world building (teenage me would be flipping OUT with all this Ilvermorny awesomeness) and my friends and I would write fanfiction where we would write ourselves into Hogwarts... of course."

"I didn't read HP until I was 17, so I was just discovering the magic of his world! It was just the beginning of my adventure with HP and I loved every second of it."

"During a time when I didn't know where I fit in and was still discovering who I was, Harry Potter taught me that every person had something unique to offer, and sometimes the best characters were the unexpected ones."

"The world of Harry Potter meant so much to me as a teenager... knowing that I could escape into books filled with such magic was always a welcome thought. Not to mention the book release parties and premieres gave me an excuse to dress up, and make memories with friends who loved the magic just as much as I did."

"As a teenager Harry Potter was as much a social thing for me as anything else, because my friends and I were all Potterheads and we would make references to the books and go to the midnight premieres of the movies (in costume, of course) and watch A Very Potter Musical and things like that. On a more personal level, it was still just an important part of my life because HP was sort of a formative part of my life as a reader and writer."

"Harry Potter gave me something to attach myself to and grow up with. It's interesting looking back at the series, because while Harry was obviously the focus of the wizarding universe J.K. Rowling created for us, he was never particularly outstanding at spellcasting, he wasn't a potions specialist, and he didn't even have a way with the ladies. He was adept at producing a Patronus (granted, he spent hours more on the spell than his peers and received specialized instruction) and was an elite flyer on a broomstick, but I suppose how normal he was made him so relatable. Add to that the fact he didn't know he was a wizard until it was time to go off to Hogwarts, and I feel like he inspired something in all of us that said, "Hey, there might yet be something special in me, too.""

"What did Harry Potter mean to me? Everything."