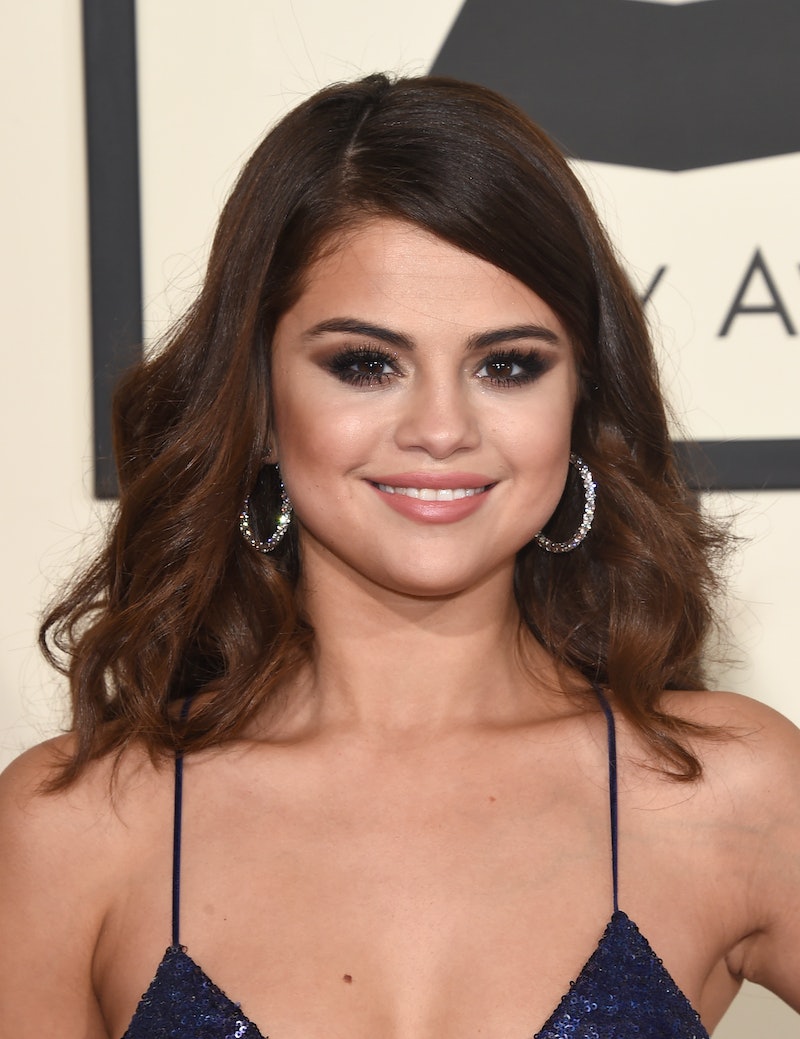 What came first, the chicken or the egg? What is the meaning of life? Are Selena Gomez and Justin Bieber getting back together? These are age-old questions that none of us may ever have the answer to, but that last one may have just become a little more clear. Over the weekend Bieber shared a throwback photo of himself and Gomez engaging in PDA, which is pretty standard — the Biebs has been known to reminisce about their relationship without any hidden meaning, but this time, it could be different. Because this time, according to a screenshot from the Daily Mail, Gomez commented on Bieber's Instagram post, and as much as I hate to say it, it sounds like there is hope for them yet.

In case you missed Bieber's post, it's a photo of the two of them in their younger years — like, the bowl cut years — smooching in their swimsuits in a body of water somewhere, probably the beach. Bieber's caption simply said "feels," which probably also accurately describes the thoughts of basically everyone who saw this photo while scrolling through their Instagram feeds on Sunday. Even I, the most anti-Jelena human in the world, can appreciate how cute this photo is, and apparently, Gomez can too, because Sunday night, she left a comment. And what did it say? "Perfect."

So now, it's up to the rest of us to figure out what that comment meant. "Perfect" as in that moment and their relationship is perfect? That they're back together and she's happy about it? Or was it a sarcastic "perfect," like, "perfect, that guy is posting throwbacks of me again"? Because if it was, my reaction was very similar to hers. You only have to take one look at the rest of the comments to know that there are a lot of people rooting for these two crazy kids to get back together, and it's easy to see why. They once were ridiculously cute together, as two teenagers in love tend to be. But I am of the opinion that their relationship has ended so many times they've tried to put it back together for a reason, and Gomez and Bieber could be better off if they walk away for once and for all. After all, if they keep posting #TBT photos like this, how is either of them ever supposed to move on?

And if they are heading for a reunion, it makes sense. Being that Bieber's relationship with Hailey Baldwin recently came to an end, he is once again a single man, so it's not surprising that he's thinking about his ex again. Time will tell if this actually leads to anything, but if I have learned anything from repeat listens to Gomez's Revival album, this might be something she wants to walk away from for good.

Their on-again, off-again relationship may very well go on for the rest of their lives, but I hope it doesn't. My heart can't take it!